Among all rights, the right to life is the most fundamental, which focuses on the imperative of health care for everyone and the right to health and access to care and treatment for those who become ill. Given the global COVID-19 scenario, this right to care and treatment – irrespective of color, faith, nationality, location, age/sex – is central and should constitute the core of any response to preventing the spread of the virus. The response to COVID-19, therefore, needs to be inclusive, equitable and universal to effectively address the current health crisis globally.

Sadly as it is, we have seen in the past weeks, particularly in the US and some countries in South and Central America, the rise of populism, authoritarianism, and hate speech targeting the most vulnerable groups, and in some instances pushback against human rights as a pretext to adopt repressive measures, often unrelated to the pandemic crisis. The UN policy brief clearly and forcefully points out that “the virus is the threat, not the people” and emphasized that any emergency and security measures must be “temporary, proportional, and aimed at protecting individuals.”

More than one-third of the people in these heavily populated countries are poor, live in absolute poverty, and vastly rural. Any health emergencies for them are left to the available and weak public health infrastructure

In Asia, the main concerns in most countries – for instance, Bangladesh, India, Pakistan, Indonesia, Sri Lanka, Nepal, Myanmar – with regard to combating COVID-19 is the lack of appropriate public health infrastructure. These countries in particular – unlike China, Japan, Singapore, Malaysia, Thailand – have fragile health systems with very low ratios of physicians, nurses/medical workers per capita and poorly resourced government hospitals for treating patients. Furthermore, more than one-third of the people in these heavily populated countries are poor, live in absolute poverty, and vastly rural. Any health emergencies for them are left to the available and weak public health infrastructure. 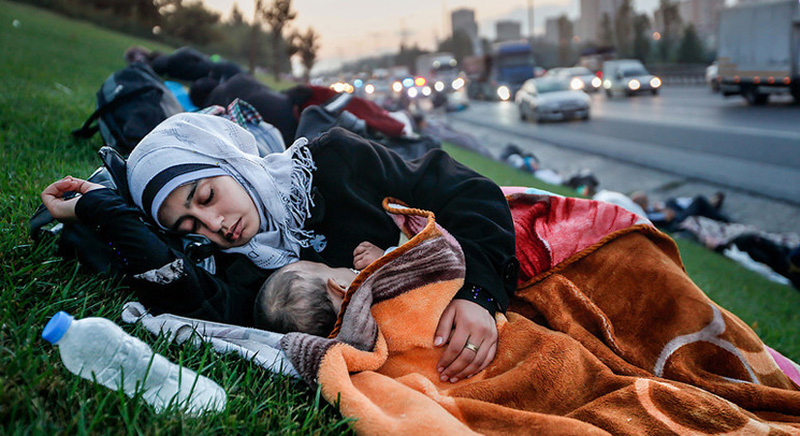 Given the above, how have governments in Asian countries responded to the pandemic that hurt or are detrimental to rights? According to available reports, initial responses were largely influenced by the potential impacts on the economy over health. For instance, Prime Minister Imran Khan was against shutting down businesses because of the impact on the country’s poor. The Thai regime preferred tourism dollars over health emergencies; however, as the caseloads began to surge, the island of Phuket – one of the main tourist hubs – was completely sealed off.

While lockdowns with restrictions on free movements, public assembly or gatherings and stay-home orders in many countries made large segments of people itchy and uncomfortable, the extended and restrictive mass quarantines in Bangladesh and India were required to flatten the curve so that the existing medicare systems can deal with caseloads, hospitalization and treatment. India and Bangladesh even with extended lockdowns are still not out of the woods yet. Even under this situation, a huge burial congregation with as many as 100,000 people was held outside Dhaka with impunity while the country’s strained healthcare system battles with over 300 doctors testing positive due to lack of personal protection equipment.

For India and Bangladesh, like many other countries, lockdowns created many secondary economic and social impacts, which are being addressed with economic assistance and recovery packages. It is difficult to assess the efficacy of those recovery packages, particularly the economic and food assistance targeted for the poor and vulnerable due to weak delivery and distribution systems. Food distribution in Bangladesh has suffered due to corruptions involving officials and local politicians in the country. Further, it is important to remember that COVID-19 will not go away any time soon, at least not until a vaccine arrives. Therefore, we all must think of a clear and well-articulated plan to feed the poor and the hungry, and support those who have lost their sources of living and livelihoods. Access to food is a basic human right.

There has been little transparency in COVID-19 outbreak in Indonesia. President Joko Widodo downplayed the danger of the disease and admitted that he misled the public to prevent from panicking. Cambodian President Hun Sen has proposed an emergency law giving him almost unlimited powers to deal with COVID-19 crisis. The Philippines President Rodrigo Duterte has recently threatened to impose martial law in the country. The Bangladesh government has reportedly intensified its crackdown on civil society critics and the digital media to curb any rumours and fake news about the spread of Covid-19. India’s step to contain COVID-19 has failed to curb anti-Muslim rhetoric. China’s top-down and heavy handed approach to managing the outbreak in Wuhan has now come under criticisms and closer scrutiny. In many countries, governments have tried to shut down any criticisms.

In the COVID-19 environment, socially disadvantaged groups such as women, migrants, refugees are likely to suffer the most. Reports of frightening spikes in domestic violence are everywhere with lockdowns, stress and economic woes. According to one report, the Malaysian government took a particularly sexist approach, advising women to “avoid nagging… and maintain positive family relation”. Garment workers in Bangladesh, Cambodia, Myanmar and Indonesia, who are mostly women, have faced extreme hardships due to factory shut down without paying workers for the work they did. In Bangladesh, over a million garment workers have been laid off due to the pandemic. Bangladeshi migrant workers in thousands have recently returned home due to coronavirus closures without getting paid. On top of this, Bangladesh has more than a million Rohingya refugees in tightly squeezed camps.

Many a times, it is said that virus does not discriminate; however, we have also seen and experienced that its impacts do, exposing long held structural inequalities and weaknesses in our society and institutions. There should be a delicate balance between health issues and rights of the people. It is, therefore, essential to integrate human rights dimensions in designing responses and recovery plans for COVID-19 by asking critical questions such as who are suffering the most, why and what should be done to address the hurdles. As observed by the UN chief: “… human rights uplift everyone.” Therefore, responses to COVID-19 and recovery plans must be transparent and accountable with rooms for civic space and freedom of the press in order to succeed in the fight against Covid-19.