The political usage of religion is quite old as man. In most of the countries, religion is used as an effective instrument in the politics. The political elite uses religions for pure political gains. Many states in the world were established on the ideology of religions. The prevalent examples of religious states are Pakistan, Israel and Saudi Arabia. The other powerful countries put themselves in the basket of so-called secular states. But they actually take the advantages of religion to make their governments. India is the biggest example. The question is why religions are so much effective for political gains? Religions are effective because they directly touch the emotions, feelings and sentiments of the common people who have nothing except religion. They believe that religions construct their identities and God is their well-wisher. If we look deeply into history, the world politics seemed to be based on the mosques and churches. The world political scenario started to change after the era of Enlightenment. 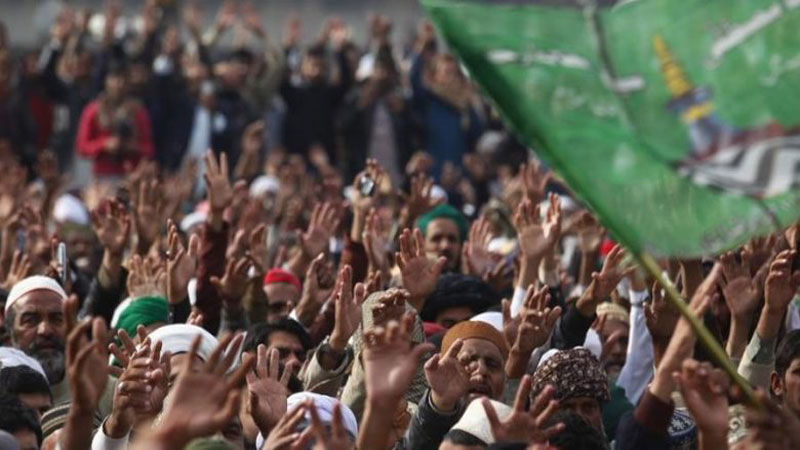 Religions have promoted fear of God among the masses but it is only good for the social order and social conducts. The fear of God can be the powerful tool to control the people. History tells that class division is done by the divine power and all the laws are divine commands. No doubt in it that social stratification and division of class is done by the man but religions are not the responsible for such divisions. Man has just associated it with God to secure himself because elite always use the religions as tool to exploit, suppress and control common people. It is clearly drafted that man has used the religion for power and supremacy.

Now look at the current scenario in Pakistan. The recent telethon (televised fundraising event fund) came about a few days back and the most famous religious scholar Maulana Tariq Jamil was also invited for ‘Dua’. In his ‘Dua’ which became controversial when he said that the media is a source of lying, the public is corrupt, only the prime minister is honest and dignified. The question is that in the previous governments, the same ‘Aalim’ stated almost the similar things about the previous rulers. It is quite obvious that again the tool of religion is being used for the protection of political elites. Again the public is held responsible for every wrongdoing in Pakistan. Even coronavirus is also the result of bad clothing and freedom of woman.

Maulana Tariq Jamil has a great following and the people respect him. Every single word of Maulana has an importance and impact on the masses. They set their beliefs according to Maulana’s statement so Maulana must be careful while speaking publically. He is more dignified than any person in media but Maulana has to come to TV and ask for apology. The reason behind the whole scenario is that Maulana has become controversial due to his political attachment and that he uses religion as tool for the protection of political elites and he is considering public as wrong doers.

There is always a threat to political elites and religious leaders to loss the influence by the religion on society to become the cause of change in the relationship between politics and religion. But this is for sure that the influence of religions on politics can never be disappeared. This is highly penetrated in society and its penetration is good if its constructive.

Religion and politics have a deep impact on human concerns

The most understandable reason for the political elites is to make appeal on religion to use religious gathering as the exceptional platforms for political meetings. In such meetings, politicians try to create an impression that they are religious people and they also have the tendency to create the image of morality, trust, decency, honesty and graciousness.

Religion and politics have a deep impact on human concerns. Religion has become cultural as well as political identity. Nationalism and patriotism are reinforced through religions. Nothing is regarded wrong when religions promote nationalism; if religions create conflicts, wars and hate among the societies, they become political.

The countries using religion as an instrument for political gains become security states. The countries where religion has no use for political gains become prosperous. Pakistan was established on the ideology of Islam. Islam is the complete code of life. It provides all types of socio-economic and political solutions. There is no doubt in it that religious scholars and ulema must play their role for the betterment of Pakistan. But here in Pakistan, religion has become a tool of exploitation to targeted groups. Multiple sects exist in Pakistan and all the sects have their own knowledge and information, according to the ‘doctrine of necessity’. Religious scholars try to make happy their favorite political leaders with biasness. This is not a positive use of the religious ideologies. I have no doubt in it that religion would be the part of politics but in a constructive not destructive way. Due to such role, religious scholars have become doubtful and facing a number of questions which they never expect from the common people. This is quite prevalent in Pakistan.