Indifference to the ordinary

Social injustice and unequal distribution of wealth has long been associated with the third world countries but the covidised situation has reaffirmed the reality that deprivation, inequality and indignities faced by the ordinary citizens as well as the working class people pervade the global political spectrum. Working class lubricates the engine of both industry and economy. Despite, working for years they have not been able to save some coins for the rainy day, say it, unavoidable shutdown. Africa is the poorest continent with many countries trapped in poverty.

Very recently, the Angolans defied the virus lockdown having said “better die of this disease than starve”. The marginalized majority in our dear homeland – daily wagers, factory workers, labourers and the ordinary citizens – do not fare better than those living in Angola.

If those at helm of Pakistan’s affairs further delayed pulling both formal and informal workers from the brink of beggary, we would certainly witness the same defiance with working class people coming out, uttering just the same reasons. If people come out, we would be left with no option but leaving the masses at the mercy of herd immunity. The truth is that the working class people have not been the priority of the policymakers in Pakistan with exception to tenure of Shaheed Zulfikar Ali Bhutto, bringing agricultural land reforms and pro-worker policies.

While the rich work from home, others are packed on subways or losing their jobs .This pandemic calls for a reckoning

It is disturbing to note that doctors and nurses- our front line soldiers in COVID-19 battlefield – faced with shortage of personal protective equipment, are protesting against the state of affairs while the capacity to test people for COVID-19 is not up to the mark. With the passage of days, the number of patients is ballooning calling for urgent institutional intervention. Sindh Chief Minister Syed Murad Ali Shah after having stressed upon the need to enhance the testing capacity, called upon all the stakeholders for making joint efforts in this regard. The PTI government’s misplaced policies and priorities can be measured from the recent action .After having upgraded the construction sector to industry, the prime minister announced incentives and immunity from accountability in terms of sources of wealth for those who would invest in the sector. Surprisingly, the federal government has announced a subsidy of Rs 30 billion for Naya Pakistan Housing Scheme citing reasons of improving the conditions of workforce ultimately reviving the economy. How will this improve the conditions of the majority when 60 percent workforce is living in rural Pakistan with majority belonging to the agricultural sector? The scheme is going to benefit the builders as well as traders. 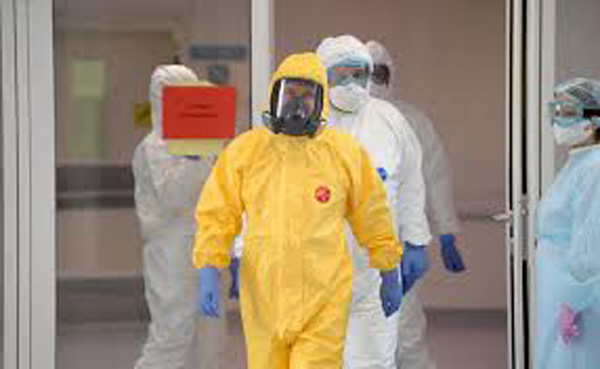 The working-class has not received the required patronage all over the world.

The recent column by the columnist Francine Prose, published in the Guardian tilted “Social distancing? Working -class people don’t have that luxury” highlights the low-income earners’ exposure to vulnerability thus exposing the hypocrisy of sole super power – the USA – lecturing democracy ,democratic norms ,equality and justice . “While the rich work from home, others are packed on subways or losing their jobs .This pandemic calls for a reckoning. Among the most disturbing are photos and videos of jam-packed New York sub-way stations and cars, crowded with passengers -mostly people of color – on their way to work .Some passengers are wearing masks ,some aren’t.

They know how you get the virus, and they don’t want it, but they need money they make as supermarket clerks, janitors, nursing home aids, medical workers and first responders”. The conditions of the British low-paid servants are as murky as that of American.

In Britain, the poverty of the working class people is on the rise too. Thirty percent of children live in the households below the poverty line. Ruling elites of the developing economies are accused to have been feathering their own nests; however, it is prevailing in wider world. In the wake of COVID-19 social distancing, British MPs have been given extra 10,000 pounds, igniting indignation among the medical staff the front-line fighters in the COVID-19 battlefield. Writing in an op-ed “The eye watering amount of coronavirus cash available to MPs proves we are not all in this together”, Emily Apple highlighted the pro-rich policy that “but while millions of workers are suffering as a result of the measures the UK has taken to combat coronavirus, there is one group of people who aren’t affected as much as others MPs. Because, the Time reporter, they are being offered an eye-watering amount of money to help them and their staff to work from home”. And as the organisation Nurses United UK pointed out, this extra 10,000 pounds being allocated at a time when NHS staff still isn’t getting enough personal protective equipment. As it is, this is just another example of how we are not all in this together. Poor people, vulnerable people and disabled people are already shouldering the heaviest burden of the pandemic. No wonder no one is celebrating MPs getting an extra ten k pounds.”

Earlier, the austerity measures taken by the UK hit hard the poor and poor areas rather than those rich and the developed parts of the country in terms of slashing the development budget. Now, UK Cabinet minister Michael Gove is under fire after his daughter was granted a permission to skip the coronavirus testing queue, in the latest example of there being one rule for the powerful and another for everyone else.

Besides, in France “the Yellow Vest Movement” launched last year by the working class people against discriminatory policies pursued by President Emmanuel Macron – accused to be president of the rich – throws light on cruel capitalism and pro-capitalist policies prioritized by ruling elites sitting in corridors of power. Not long ago, public demonstrations were held in Greece, Spain, the UK and France against exploitative terms and conditions by those International funding entities like the International Monetary Fund, World Bank and European Central Bank – to balance budget, which hit the poor rather than the wealthy. Instances such as these do suggested deep rooted discriminatory policies weaved into global political framework. One million dollar question that arises is ‘why does every crisis hit hard those left on the margins rather than those in the lap of luxury?’ The answer is paying lip service to the ordinary and discriminatory policies put in place by rulers when it comes to feeding and facilitating the downtrodden. This pandemic calls for reckoning.

The writer is an educationist and a freelance contributor