As the novel coronavirus keeps striking the denizens of this globe with no discrimination of race, wealth and creed, it is gravely doleful to observe that India malevolently looks at the problem through anti-Muslim lens. 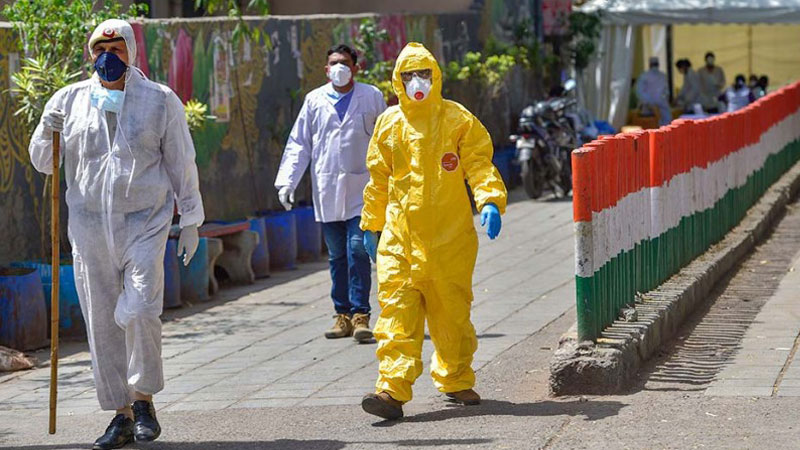 A general perception has been made to develop that the main source of virus was the religious congregation of the Indian Muslims that happened in early March in Nizamuddin area of Delhi, thus piling all the blame of the spread of COVID-19 on the Muslims, willfully ignoring many such accumulations of Indians on many other spots.

Such biased charges have reignited the already burning anti-Muslim cinders. Politicians belonging to the ruling party, Bharatia Janata Party (BJP), never lag behind in venting their prejudice against Muslims. Journalists have become salesmen, selling proudly and gleefully the hate-ideology with as much verve as the ultra-nationalist Hindus are executing in the streets of India.

As a result, in some areas, the Muslims were beaten by bats by the xenophobic crowd, lynched and socially boycotted. Announcements were made through loudspeakers not to buy milk from Muslim dairy men. Muslim vendors selling vegetable were also boycotted.

Fake stories about the Muslims spitting, coughing and sneezing on the non-Muslims have started erupting on social media stirring the ire of many smeared with anti-Muslim angst.

Expressions like ‘corona-jihad ‘, ‘bio-jihad ‘, and ‘tablighi jamaat’ viruses have become trends against the Muslims with the result that Muslims are feeling increasingly threatened.

Equality Labs, a digital human rights group, says that the accounts sharing anti-Muslim material on social media are of the supporters of the BJP and Rashtriya Swayamsevak Sangh, a Hindu paramilitary organization.

Just lately, a video went viral in India, in which a Muslim man was shown to spit on others ostensibly in an effort to transfer the disease to others. The video created huge fuss in India adding a great amount of hatred against the Muslims. Later, it transpired that the video was filmed in Thailand, and not in India.

But the clarification could not abate the smoldering wrath of the super-nationalists. Moreover, such a social media campaign by the fictitious army of nationalists leaves grave impacts on the socio-cultural lives of the inhabitants. Recently, a person, named Dilshad Muhammad, came back home from hospital gleefully because he didn’t have coronavirus as was suspected. Hours later, he committed suicide, reason being, his Hindu neighbours believed he had the disease and taunted him for the spread of the same in the village.

In Meerut district, a group of men went to a police station to lodge a complaint against their Muslim fellow for spitting on them. To the utter dismay of investigation team, the allegation was false as the group wanted to settle old scores with their Muslim neighbour.

The hate campaign has penetrated so deep and wide that it does not spare the hospitals and doctors that are supposed to save lives with least inclination to rancour or prejudice. A newborn child died in the ambulance as the hospital refused to admit the family for being Muslims.

In the daily briefings about Covid-19, the government spokespersons, notwithstanding talking of the shortages of surgical masks, personal protective equipment’s and other medical paraphernalia, start bashing the Tablighis, even though the World Health Organization’s Emergency Programme director has disapproved of India’s religious profiling.

Recently, top BJP leader Subramanian Swamy, while giving an interview, said that Muslims could not be termed equal citizens in India.

Such bigotry by the close associates of Mr Modi is quite disturbing given the havoc being played by the novel coronavirus. Sam Brownback, the U.S. ambassador for international religious freedom, says in this context, “We know it’s a pandemic the whole world is being subjected to. It’s not something from religious minorities. But unfortunately we are seeing that sort of blame game getting started up in different places around the world.”

Hate related issues have redoubled since Narendra Modi became the Prime Minister for the second term last year. Revoking the special status of Indian Occupied Kashmir and the subsequent lockdown of the valley, the judicial verdict to build the temple of Ram on the site where Babri Masjid once stood elegantly, and the recent legislation on Citizenship Amendment Act (CAA) categorically exhibit that only Muslims are the butt of bigoted ideology pampered by the state.

Communal violence is not new to India. Hate lurked there but it was never so much toxic as it has turned now. The desire in India for bolstering the pluralistic, secular, democratic and diverse socio-cultural values seems to lose the battle in the face of imperious norm of ultra-sentimentalism steeped in the poison of chauvinistic intolerance.

There does not seem to be any sigh of relief for the Muslims of India as long as the politicians like Anurag Thakur keep spewing the orders to attack the Muslims, anchors like Arnab Goswami keep fabricating realities, and the intelligentsias keep crafting logics to support the oppressors. The harsh question is that coronavirus will die as the saner brains are struggling in their labs to grapple it, but who will fight with this intractable communal virus in India and kill it for the ease of Muslims?