Every day a struggle: suffering from more than just HIV

* Patient says no one interacts with him after knowing about his diseases; even doctors avoid giving him treatment 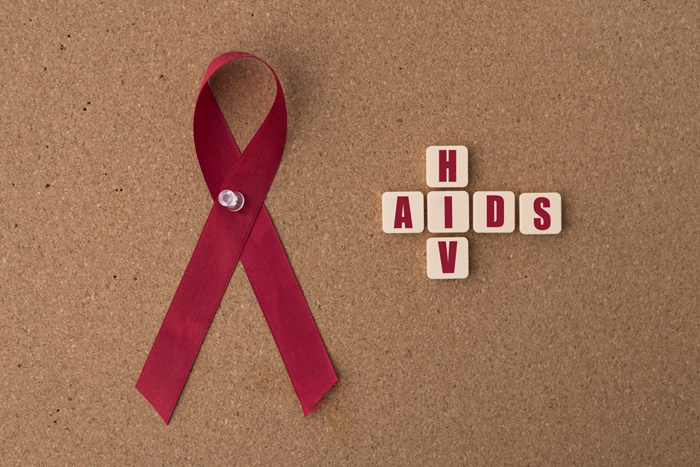 Fighting with people’s behaviour is more difficult than fighting an illness, Salman Ali narrated his story. Salman Ali – not his real name – said that people starting maintaining distance from him and even some of the relatives stopped meeting him when he tested positive with a potentially life-threating disease.

He said that when someone knows about his illness, everyone even doctors avoid interaction with him. Almost a year ago, his shoulder was displaced when he was working as an electrician. Numbers of doctors were refusing to treat him just because he is an HIV patient, he said.

“I am not suffering from HIV as much as from my shoulder injury but doctors are not ready to operate my shoulder, even a famous doctor recommended me to buy the medical equipment and operate it myself, this is the only solution”, he maintained.

He said that he never faced any discrimination in the treatment of HIV however; sometimes his medical tests and medicine are delayed.

The people were looking at me suspiciously at the beginning, but when more than two dozen others were diagnosed with the HIV, the people behaviour starting change a little, he said.

According to data availed from National Aids Control Program (NACP) through Right to Information Act, there are more than 36,902 people registered with NACP who are diagnosed with HIV across the country till Sep 2019. Out of these cases, 604 are transgender persons. 6,426 of the total patients are getting treatment under this program. After 880 cases of HIV diagnosed in Larkana last year the Pakistan was marked as HIV epidemic.

What is Epidemic: When the cases of any disease surfaced more than a certain threshold then it is called epidemic. Like in Larkana-Sindh where large number of HIV cases come out or surfaced unusual, without any specific reasons, and occurred sudden, the number was more and they were not from the key population.

Almas Bobi – transgender rights activist – said, most of the transgender people that are affected due to HIV are guys, and they get this disease due to unsafe sex practices. People avoid to disclose their HIV status due to the social behaviors because the society cuts all types of relation with an HIV patient.

She added, health experts say that HIV is curable if treated timely. If the society change their behavior towards them then the HIV patients will get their treatment on time in this way we can beat this disease.

According to UNAID’s data, an estimated 165 thousand people are living with HIV in Pakistan and 23000 of them know their status. 48 thousand of estimated HIV patients are women, 110 thousand are men and 5500 of them are children with age of 0 to 14 years.

Data Shows, out of 228,800 estimated populations size of sex workers more than 3.8 percent of are HIV prevalence, and 45 percent of them know about their HIV status.

Similarly, 832,200 estimated population of Men who have sex with men, 3.7 percent are HIV prevalence and 44.7 percent of them are having knowledge of HIV status.

Dr Naseem Salah-u-din – health expert – said, it is a fact that some doctors also avoid to have interaction with HIV patients and this mind set should be changed, adding that the figure of UNAIDS is an estimate but it is a fact that total number of HIV patient in Pakistan is very high than the registered number of patients with NACP.

He added, the non-registered HIV patients are threat to the society because no one knows who is a patient and where he is?

Dr Naseem further went to say that it is not possible for the government to conduct screening test of every citizen. The citizen should themselves voluntarily conduct their medical test and get registered with NACP if anybody found positive. Similarly, safety precautions must be adopted.

An HIV infection doesn’t necessarily progress to stage 3. In fact, many people with HIV live for years without developing AIDS.HIV doesn’t always progress to stage 3. An HIV-positive person who adheres to regular antiretroviral treatment can expect to live a near-normal life span.

Nai Zindagi is one of the 17 Non-Government Organizations working with NACP for awareness and rehabilitation of HIV patients. Atif Chaudhary – District Coordination Manager of Nai Zindagi – said, unsafe sex and injection are two main causes of HIV. It is practically impossible to immediately stop drug addicted person from drugs, so their organization provide them new syringe every time and meanwhile their treatment and counselling is also going on.

There are false Stigma and discrimination in the society regarding the HIV. Even educated people also thinks that this virus will be transferred to them even through hand shake or having meal with them. This kind of discrimination is a hurdle in their treatment.

Saima Paracha – Program Officer, NACP – said, it is very difficult to reach out to the HIV patients, people do not test themselves and if someone knows that they are HIV patient they do not disclose it only to avoid criticism of the society.

She added, to reach out such people for the first time in Pakistan, services of the social organizations of the respective community are hired to create awareness among their community and agree them on screening test and treatment of those who are diagnosed positive.

Injection drug users, Male Sex with Male (MSM) normally truck drivers, Female Sex Workers and Transgender persons are considered as key population of the HIV, while the main cause of this disease can be unsafe blood transfusion, unsafe sexual practices and unsafe use of syringes, razers lack of proper hospital waste disposal system or other elements, Saima maintained.

Dr. Abdul Baseer Khan Achakzai – National Program Manager – while talking with media person said, due to lack of education we are just confining HIV with one population group or a one community. It is huge stigma and discrimination to HIV that is if someone got positive people consider it by just one mean and that is unsafe sex practice. It can be by the injection or blood transfusion.

He added, health seeking behaviour is very low in Pakistan, people know their status but even then they are not coming for their test. NACP is conducting free test at more than 50 districts in Pakistan and according if they are positive, the treatment is available. There is no law in Pakistan which bound a citizen for screening test.

In Larkana 880 patients so for detected positive 700 are children. These kids were not the children of positive couples. Their age was very low from 1-10. They were the victims of the non-safety measure by the quack doctors, paramedics, or by raiser used for shaving their heads, he maintained.