No plan for regaining dying culture of theater in Rawalpindi

* Apart from other reasons, theater started on decline when Liaquat Hall was handed over to the National College of Arts in 2005 by the government 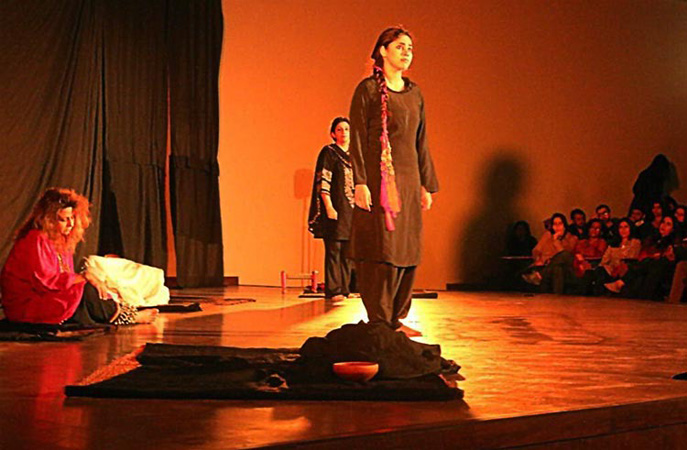 In 2001, when I walked out from theater hall after performing, two senior government officers stopped me requesting to give them tickets for the, then Senior Superintendent of Police (SSP), who wanted to watch his show next day along with his family, adding that, people were using influence to get tickets of the shows as tickets would not be easily available due to public demands, Yar Muhammad Yaro, a senior artist and director said naming that era as golden era of theaters and cinema in Rawalpindi.

Explaining further, Yaro said women were too participating in almost equal level. Liaquat Hall was having capacity of 800 seats and almost 400 of them were occupied by women, people were coming to the cinema houses and theaters along with their families.

Apart from other reasons, theater started on decline when Liaquat Hall was handed over to the National College of Arts (NCA) in 2005 by the government. Currently out of 25 cinemas, only three are functioning in the city, added Yaro.

To a question regarding the impact of technology on the Cinema houses and theaters, he said, like other fields of life, mobile phones, internet and other latest technology has also effected the theater but this is not the only reason of decline of theater and cinema in Rawalpindi.

To a question regarding the impact of technology on the Cinema houses and theaters, he said, like other fields of life, mobile phones, internet and other latest technology has also effected the theater but this is not the only reason of decline of theater and cinema in Rawalpindi

There were more than 25 Cinema houses in Rawalpindi in early 1990, but 22 of them are either closed down or converted into multi-story commercial buildings. Out of these 25, only three cinema houses are operational, 2 of them are showing films while the only one is staging stage dramas. These cinemas were not only a source of cheap entertainment to public but they also rendered employment to several daily wagers.

A cinema which was once owned by famous singer Noor Jehan, also considered a hub of filmmakers, has now be converted into a plaza. The Nadir Cinema on Commercial road which was owned by the ex-federal minister, Nadir Pervaiz, has now been converted into a wedding hall. Similarly, the Naz cinema at Murree road owned by the ex-provincial minister, Raja Ashfaq Sarwar, has now transformed into a huge shopping complex. The city cinemas including Nawalti and Taj Mahal were completely demolished and later transformed into commercial markets. 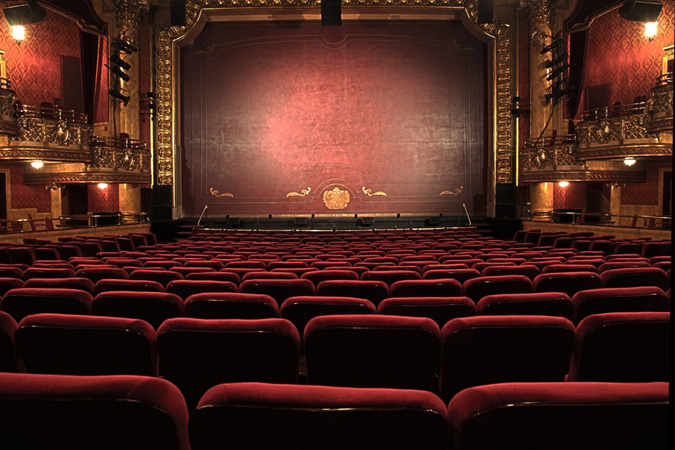 Ayesha Butt – Senior artist and President Artist Acuity, a welfare organization of local artists – said, the cultural activities were badly effected due to the terrorism in 2008 and onward, earlier that spring festivals, poetry and Sham-e-Ghazal and other activities were conducted in the city, but after wave of terrorism the culture of this city could not be revived. One of the main reason of that is culture and art is no more the priority of our governments that why the entertainment opportunities in the city are almost ended.

Closing down the cultural activities has badly affected the financial matters of the artists and some senior artists are unable to get their treatment due to financial difficulties’, Butt maintained.

She added, artist support fund was started by the Pakistan Peoples’ Party (PPP) government and 75 thousand rupees and the current government stopped that program for a year and after the protest of artists they have not started giving only 5000 rupees per month to the senior artists per month which is ridiculous to them, she maintained.

Senior artists and director Yaro said, artist do not need financial help, they need the work opportunities, the government should take initiative to revive the culture of this city, which will create job opportunities for the artists.

According to Arts & Culture Policy Framework for Punjab, developed by the Information and Culture Department of Government of Punjab, there was a rich tradition of theatre in Punjab however there was a need to promote it further. Respect for artists needed to be enhanced and supported. There are many performing and visual artists that are living in abject poverty today and need support which should be unbiased and not limited to a few ‘gharaanas’.

Sajjad Hussain – Deputy Director Rawalpindi Arts Council (RAC) – said, 30 family stage dramas were presented in one month in RAC last year, and in near future a spring festival will be arranged which will also have cultural activities, so RAC is working for the promotion of culture of this city.

To a question regarding the financial crises of the artists, he said, the artist should not be dependent and look to the government, they should focus on the private sponsor, and alternate modules. He further said that someone have talent he can even earn from the online media plate forms like YouTube and others, so if someone have the talent and he have updated himself with technology he will never face any such problem.

He added, provincial government is also supporting the senior artists by providing Rs 5000 per month as stipend 128 artists of Rawalpindi division who are having more than 25-year experience and age at 50 plus.

According to the Cultural Revival Roadmap (2017-2021), commercial theatre has become a hostage to a cartel. Private investors, from the business community, aka ‘promoters’ have greatly damaged the sector, as vulgarity (with demeaning objectification of women) was introduced in commercial theatre in order to gain profits. There has been a recent halt put to theatre performances with regulation of content by Punjab Council of the Arts. The arts councils are the only platform left that can save and revive theatre after the ban of commercial theatre.

It was recommended, to regulate content of commercial theatre through art councils to ascertain quality of content and presentation.

Waqar Ali – senior official at Information and Culture Department Punjab – informed that the provincial government is working according to the approved roadmap (2017-2021) for the cultural revival. The arts council in different cities of the Punjab are working for the promotion of the culture and for the welfare of the artists as well.