Immunity of a village life 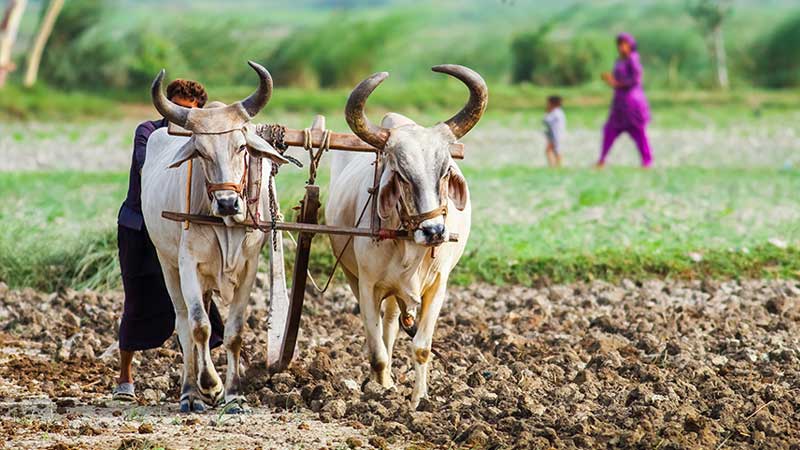 Testing times of stress often open up the facts which rarely come under observation in normal days and usual routines. It may be due to the fact that human mind unconsciously starts to rediscover new ways to work through the challenges posed by unfavorable circumstances. It quickly switches on the survival mode to cope up life threats which may normally be ignored without any risk or danger.

Under such situation, particularly for individuals of lower and middle income class, food availability for the whole family on long term becomes prioritized task and the efforts related to maintaining image or status in a society may get lower rank on the list.

I confronted two families in prevailing isolation times and it opened up some interesting insights upon me. One family living in a city and the other one from a village. A disciplined and individualistic life style on one side with comparatively more opportunities to find work and learn, However the level of calmness and serenity seemed to be biased more towards the other side due to the undue favor by nature.

With the advent of ongoing Corona outbreak, the foremost concern of a city dweller was to ensure more wheat flour and rice which was almost easily available in markets but what he wanted wasmore until there came the limitation of monthly budget. He had already spent double on it yet threat of food shortage was teasing his unconscious mind. Second less worry was the milk; as it cannot be stored in huge quantity and packaged milk would remain there even under shortage of natural milk.Now came the question of education, he had to ensure enough budget for fees of children even if classes would be off. Such family now had enough time to spend together at home watching television or surfing social media.

The bloggers and twitter handles are actively involved increasing subscriptions at any cost. Most of times it is fearful observation about the ongoing situation which gets more hits. It can be easily ignored by youngsters-aware of the race for more likes and shares-but the head of a family takes it a bit different.

How? When a fearful scene or data comes in front of his eyes, it opens up possibilities of supposed mishaps forcing him to think about plans of all worst conditions beforehand. Had he remained a previous patient of any heart disease or depression or aged more than 50,more are the chances to go in depression cycle with just suppositions of his unconscious mind. Final blow to his nerves could be any of his family member having a minor flu or fever even if it is a normal fever symptom. Well reinforcements by the repeated news flash of death and killings are more likely to push him in a state of sleeplessness and anxiety, this negative energy will probably be further amplified by discussions among family members on the issue.

Now see the otherwise side of story, a family head in a village with a small land holding and related to farming profession. I asked him about survival if country remains closed for long. He smiled that for him its already closed, we take wheat and rice stored in all circumstances as crop gets harvested and we only need city markets opened when we have to sell our harvest. We don’t have to purchase milk as we have enough to sale some of it daily. I asked about children, he said they go to government school and until schools are closed they must have to help the family with fodder and crops.

My next question was about his planning about any worse situation as a result of prevailing situation. He had a calm reply that they are taking precautions but have confronted even more viruses in their daily lives, so their bodies have learned to manage things like this. He told there would be many to help out to lend some money for illness till my harvest in case of any worst scenario.

After having failed to see any worry in his mind, I felt the difference of mind situations of these two families perhaps two societies. This positive and calm energy found in the villager’s mind was astonishing. Nature seemed somehow favoring the one who was synchronized with it. That man had nothing to worry about and had to spend his leisure time in natural beauty and heavy work in fields which is far better than any exercise or walk on fancy instruments of city dwellers. Why there are many to lend money for illness without interest in villages which cannot be expected in a city town? Why nature is providing pure milk, butter and vegetables-free of pesticides-to those who have less money (against the rule of wealth)? Do this difference of routines in both living styles have resulted into a difference in immunity and natural defense too? or what if mostly quoted hypothesis -our thought and intentions have an effect on happenings around us – is right?

If it is so, then we may have traded our mind and body health for a fake status and a dictated capitalist lifestyle which has no real value to offer but stimulates lust for more consumption and a cut throat competition. No one in a city neighborhood asks to help you in illness. It reminded me the essence from a well-known Hadith-e-Qudsi “And if you will go for your own willingness, we will make you tired in that, and finally what happens will be my willingness ”

It’s an opportunity to be thankful for people from villages like me as nature has blessed us its pure joy, beauty and serenity.

The writers is an Agronomist by profession and can be reached at aliakbar_rai@yahoo.com