Conspiracies theories, like other theories, are attempts to understand a phenomenon or a happening. Like rumours, conspiracy theories take birth in times of uncertainty and upheaval. When governments and people-who-matter do not give plausible explanations, theorists spring into action to explain the reasons as per their knowledge or even motives. Established and credible quarters tend to deny the conspiracy theories with disdain. People somehow pay heed to them. The problem with CTs is that they are usually far-fetched, based on hard-to-find intangible evidence and beyond common knowledge. Their strength is their half-truths established by circumstantial evidence commonly known to people. 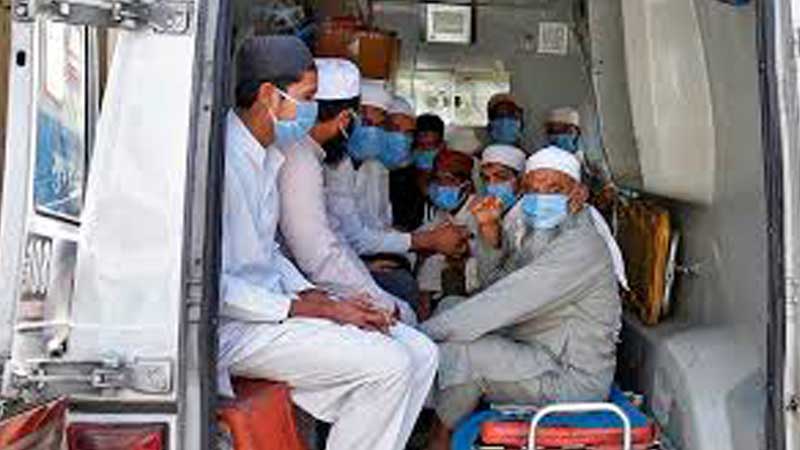 Besides there are secret organizations which are powerful and they hatch conspiracies of global scale. It might be a conspiracy theory as well. Much has been written about Illuminati, Freemasonry, Committee of 300, also known as the “Olympians.”, Club of Rome, etc. Then there are known organizations like Royal Institute for International Affairs (RIIA) who follow the directions of these secret organizations to bring about change to regimes and global systems.

Dr John Coleman’s book ‘Conspirator’s Hierarchy: Committee of 300’, published in 1991, would give meat to the conspiracy theorists who think COVID-19 is a sinister plan to control population explosion on this planet earth. He says that the Committee of 300 long ago decreed that there shall be a small and better world that could be achieved by culling millions of people, referred to by the Committee of 300 as “surplus population,” and the removal of any leader who dared to stand in the way of the committee’s global planning to reach the foregoing objectives. “Two of the Committee’s earliest targets were Italy and Pakistan”, wrote Dr. Coleman. The then prime minister of Italy, Aldo Moro, was one leader who opposed population reductions planned for his country. He was threatened by an agent of the RIIA who was also a member of the Committee of 300 while he was still the US secretary of state. The name of that man was Henry Kissinger. Aldo’s refusal irked the Committee which then arranged his kidnapping and terrible death at the hands of Red Brigade.

Later Aldo Moro’s wife, Eleanora Moro testified in open court that her husband’s murder came about as a result of serious threats against his life, made by what she called “a high ranking United States political figure”. She clearly said that Kissinger had told her husband, “Either you stop your political line or you will pay dearly for it”.

Kissinger had also severely threatened the Prime Minister of Pakistan, Zulfikar Ali Bhutto: “I will make a horrible example of you if you continue with your nation-building policies.” Dr. Coleman explains that Bhutto had fallen afoul of Kissinger and the Club of Rome by calling for a nuclear energy program to bring Pakistan into a modern industrialized state which, in the eyes of the Committee of 300, was a direct contravention of its orders delivered by Kissinger to the Pakistani government. What Kissinger was doing when he threatened Bhutto was not official US policy, but the policy of the modern-day Illuminati.

At this point in time we should only focus on social distancing, rather than social media, to defeat the body seeking virus. Conspiracies theories can be discussed and relished when the pandemic is over

General Ziaul Haq was also eliminated by the Club of Rome, acting on orders of the Committee of 300. Gen Zia had been warned by the Turkish Secret Service not to travel by plane, as he was targeted for a mid-air bombing. With this in mind, he took the US team with him as “an insurance policy,” as he commented to his inner circle advisors. A joint Pakistani-US board of enquiry found no pilot error or mechanical or structural failure. Looping-the-loop, as C-130 plane behaved, is a recognized trade mark of an aircraft hit by ELF fire.

The conspiracy theory is that these powerful organizations want to reduce the population on this planet and curtail industrialization. COVID-19 is being looked at with the same suspicion by these conspiracy theorists. Recently Abdullah Hussain Haroon, who is reputed to be a credible and respectable person, went all out in a self-made video to expound his conspiracy theory on COVID-19 that it is not a natural thing but has been developed in laboratory as a big conspiracy. This is a biological war aimed at instilling morbid dread in the people instead of actually killing millions. This coronavirus was developed in 2006 and patented by the US government. And there is a long story which most of the people would have heard on the social-media.

The newest addition to these conspiracy theories is a speech of Russian President Putin, taking rounds on the social media in Pakistan, who reportedly (because it is in Russian and the translation can be wholly concocted) alleged COVID-19 to be a bio war unleashed by the US to kill millions. So on and so forth.

The problem with conspiracy theories is that they have no feet to stand on. They melt in the heat of credible information. But they do pollute minds and instill fear as the virus does. The antidote against conspiracy theories and rumours is timely transmission of authentic information by credible organizations. FAQs ought to be satisfactorily answered. The World Health Organization (WHO) has taken notice of the outbreak of fake and preposterous news about the origin of pandemic. It has called it an “infodemic”, an over-abundance of information – some accurate and some not – that makes it hard for people to find trustworthy sources and reliable guidance when they need it.

WHO Director General Tedros Adhanom Ghebreyesus said at the Munich Security Conference in February: “Fake news spreads faster and more easily than this virus, and is just as dangerous.” It is not an overstatement because fear and anxiety spread by fake and half-true social media messages, attack the very immune system that is important to fight COVID-19. This carelessness in accepting and spreading corona related alarming, depressing and destructive messages is causing double jeopardy. At this point in time we should only focus on social distancing, rather than social media, to defeat the body seeking virus. Conspiracies theories can be discussed and relished when the pandemic is over.

The writer is the author of ‘Terrorism in Pakistan: Tehreek-Taliban Pakistan (TTP) and the Challenge to Security’