People are advised to stay at home due to Coronavirus but what if the home is also a dangerous place. Domestic violence is a serious problem. Most of the women and children have been its victims for many years. The lockdown around the world has brought more trouble in their lives and increased the risk of a surge in the cases of domestic violence. Social distancing and home isolation seem good and right steps to save the lives of the people but on the other hand, they have made the situation worse for the women who are being abused by their partners. Abusers use power and control to intimidate, isolate, threaten, blame and coerce the women. As the restrictions come into force by the government, the cases of domestic violence have increased at an alarming rate in many countries. Women facing this act of violence have no idea how to break out and escape from this situation during the days of quarantine. Countries like Pakistan, China, Italy, Germany, Brazil, Australia and France are reported for the violence during the period of lockdown since March 2020. In Europe, France already has one of the highest rates of domestic violence. According to official figures, around 219,000 women, from teenagers to the age of 75 are abused physically or sexually by partners or abusers but only 20 per cent of cases are reported. It is reported that every three days, one woman is killed by her partner. 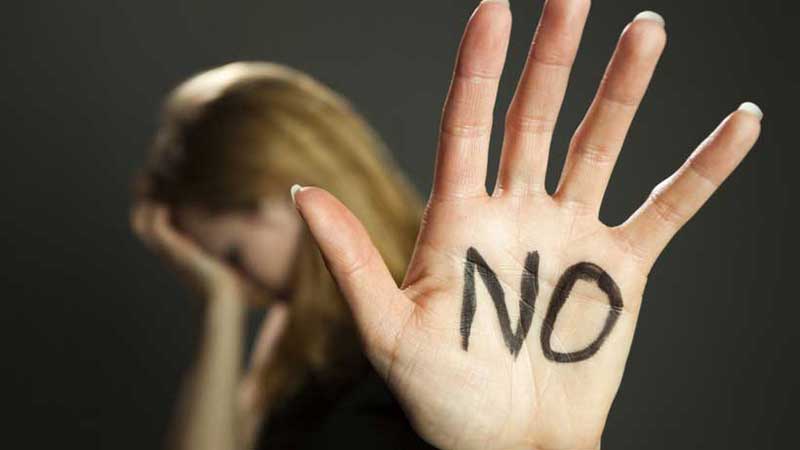 The interior minister of France, Christophe Castaner, showed his full concern and interest in the issue of domestic violence. He said that reports of the domestic violence had jumped by more than 30 per cent across the country (36 per cent in Paris; 32 per cent elsewhere, including two murders), since it went into lockdown on March 17, 2020. Furthermore, he said the government was going to introduce new measures for people facing abuse, including the facility of call for help during quarantine days. He further said that standing along with the victims of domestic violence and fighting against it was the priority of the government and, therefore, the police was on high alert. He added a code system would be developed for victims. Spain has already introduced a code system where victims can go to a pharmacy and request a ”mask-19,” a code word that will alert the pharmacist to contact authorities. Currently, victims of domestic violence in France can call 3919 for help. The government of France has also announced an extra one million euros in funding for anti-domestic abuse organisations to help respond to increasing demand for services.

Moreover, in the Hubei province of China, domestic violence reports to police have increased; more than tripling during lockdown from 47 last year to 162 this year, activists told local media. As the area went into lockdown in late January, cases of domestic violence doubled, told Wan Fei, the founder of anti-domestic violence, non-profit, Shanghai-based outlet, Sixth Tone. In Spain, despite extremely strict rules of lockdown, people are being fined for violating them. In this regard, the government has allowed victims of domestic abuse to leave homes if they are being abused and report to the nearest police station. But in the coastal province of Valencia, after five days of lockdown, the first case of murder appeared when a woman was killed by her husband in front of their children. Crisis line and the safe house of central Georgia’s Deputy Director, Jamie Bormansay, said there had been a rise in domestic violence cases after the COVID-19 lockdown. Columbus also saw a spike in domestic violence because of the coronavirus outbreak. It is reported that 60 domestic violence cases arose in the last week of the march. In Arizona, according to the Phoenix police department, domestic violence service calls jumped in the last two weeks. Thus, the abuse could increase due to social distance and quarantine. High stress and fear are only acting as triggers for abusers but despite restrictions, services and shelters for victims are still available.

Downtown Houston also showed an increase in domestic violence calls during this pandemic. It is reported by the activists that a 25 per cent increase in the cases this time as compared to the last month and a 50 per cent increase to this time than last year. Moreover, in the US, an average of nearly 20 people per minute are physically abused by their partners. Apart from these, many other countries have reported domestic violence cases during the period of isolation. Brazil has risen from 40 per cent to 50 per cent. In Italy, activists said that calls to helpline had dropped sharply but they were receiving desperate text messages and emails. As the women were not only facing the fear of the deadly virus outside their homes but also the abuser inside their homes. In Germany, the green party’s parliamentary leader, Katrin Goring Eckardt, called on the government to free the safe houses for women victims. As the lockdown after the outbreak of the COVID-19 pandemic has extended the risk of the victims, governments, police departments, and service centres have become more active all over the world to provide their full support to those who are in serious trouble.

The writer is a freelance writer