Recently during a press briefing, US President Donald Trump said that if the country decided to stay under lockdown in an effort to contain the outbreak of coronavirus, there would be economic downturn that could lead to “suicides by the thousands.”

The death toll caused by the declined economy would be higher than the deaths caused by the novel coronavirus. In reality, measures to reduce the life losses by curbing the spread of the virus should be given preference but a disastrous impact of lockdowns on the economy cannot be underestimated.

Trump’s statement is in consistence with the third type of suicide, “anomic suicide,” as discussed by Emile Durkheim, a French philosopher and sociologist. Anomie is a state of disturbance, uncertainty and segregation that takes place during periods of serious social, economic or political disorder. A person experiencing the situation opts to commit suicide. Currently, the same situation prevails around the world due to the outbreak of the Coronavirus. Hence, a gargantuan number of suicides is likely to take place globally.

If the confinement continues to exist for one or two months, the survival of the people will be at danger

Lockdown measures are necessary to contain the Coronavirus outbreak to save thousands of lives. If the virus is not contained through effective containments, it will excessively impact millions of people, as predicted by health professionals and cause a lot of deaths. But lockdown does not come without side effects. It causes a slowdown in the economy, job losses and business closures, which would result in adversities, hardships and uncertainty for people. The grave economic situation is likely to lead to a rise in the suicide rate. A research report revealed that the 2007 global financial collapse and economic crisis had led to more than 10,000 additional suicides. 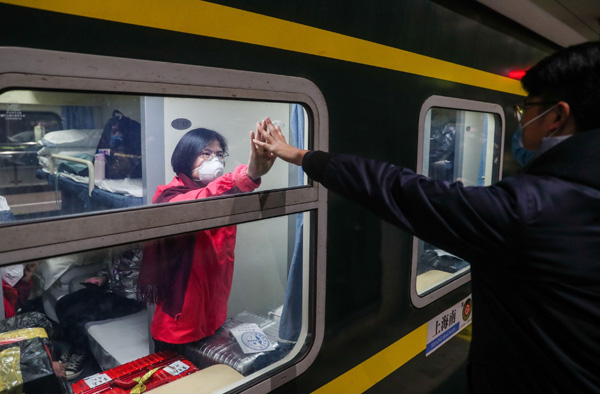 According to the International Labour Organisation, COVID-19 is becoming a major crisis for both the labour market and the economy. It will considerably enhance global unemployment and leave millions of people out of work; significantly plummeting the workers’ income. Moreover, Suicide Prevention Experts are of the opinion that it is logical to expect that the recent pandemic will lead to increased suicide threat for certain people. Economic and social fallout from the virus will strengthen the threat for some people after the end of the outbreak.

The Coronavirus has affected more than 180 countries and around three billion people have been confined in their homes. Due to sufficient resources, developed and wealthy nations have not yet deprived their confined people of their basic needs. We take China as an example. The country has confined about 60 million people for the last two months. It has been providing the people with basic necessities every day and will continue to do so until the threat of the virus exists.

For developing countries like Pakistan, which have limited resources and high poverty rate, it is an enormous problem to satisfy all needs of people in the confinement. Around 25 per cent of the population lives in abject poverty. Of the overall workforce in the country, around 60 per cent is daily wagers, who have lost their jobs. Two weeks have passed since the lockdown was imposed and the government has not yet provided the confined poor people with ration and other basic necessities. They have been dreadfully facing the situation. With no saving and zero earning, they are unable to feed their families. If the confinement continues to exist for one or two months, the survival of the people will be at danger. Definitely, the situation will trigger the people, especially people with mental disorders, to resort to committing suicides.

Viewing the current situation, it could be conveniently concluded that the developed economies would somehow manage to afford the aftershocks of lockdowns but the developing states, lacking financial capability, will undergo the worst social and economic setbacks. Thus, comparatively, the death toll from anomic suicides will be much higher in the underdeveloped economies.

A dramatic spike in suicides is more likely in countries where a large number of people loses jobs. In Pakistan, suicide has already become a considerable problem, where the majority of suicides is associated with the economic crisis, unemployment, rising inflation and augmenting poverty. Because of the current recession, thousands of people have been deprived of their jobs. Besides, most probably, there will be a lack of social and economic support available to the people from the government. This will result in increased depression, anxiety and poverty among the people, which would surely cause a rise in the suicide rate.

Generally, it happens that people who lose jobs migrate to other places with stronger economies. But, at the time, as the outbreak of the Coronavirus has impacted almost all countries all over the world, prospects of economic crises are becoming globally pervasive-most probably for a short period of time. Thus, a spike in anomic suicide rates in all infected countries, especially in the underdeveloped countries like Pakistan, are most likely to occur.