As northern Gilgit-Baltistan (GB) region fast becomes Pakistan’s area that is infected the most with COVID-19, in terms of percentage of population, China’s Xinjiang assumes even more significance for this mountainous, less-developed territory in particular, and Pakistan at large. 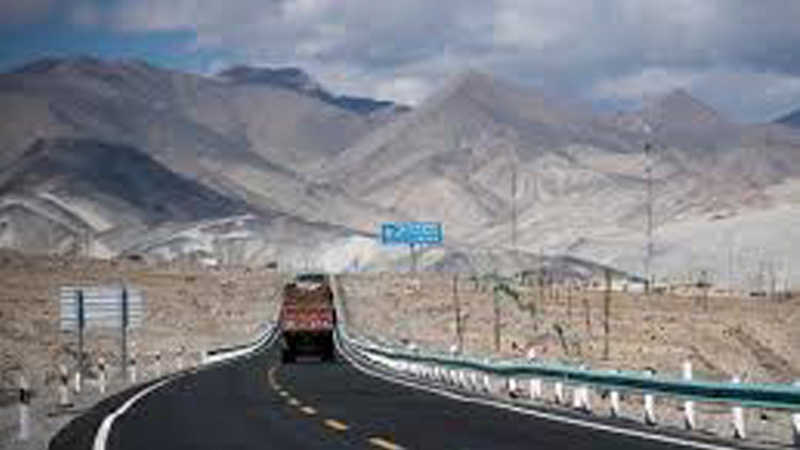 On March 28, the mighty Karakoram Mountains witnessed another episode of traditional warmth between Pakistan and China as timely help from Xinjiang arrived at the Khunjerab Pass to be transported into Pakistani territory by army helicopters. Bracing the harsh weather, health and logistics’ workers and officials from both sides exhibited a high level of dedication to ensure the delivery of this very vital help from Xinjiang to Pakistan.

The consignment included ventilators, protective gear, testing papers and masks. This was on top of several planeloads of crucial medical assistance from China landing at Islamabad and Karachi, and more on the way, at that time. However, what was witnessed at the Khunjerab Pass-the world’s highest land-crossing at 4,733 metres altitude-underscores one of the most important aspects of bilateral ties between the two countries: the land linkages.

The Karakorum Highway (KKH), the world’s highest paved road, has been in operation to connect Pakistan and China since its opening in 1980s, thus becoming a pioneering effort for revival of the Silk Road in contemporary times. While the highway has already been upgraded significantly and is in the process of being further upgraded under CPEC, the COVID-19 outbreak has made it clear once again that seamless land-linkage between Pakistan and China serves more purposes than just commercial trade.

Gilgit-Baltistan, with just less than 200 positive cases amongst its approximately two million population, becomes the territory most affected by COVID-19 in Pakistan when it comes to infections per million inhabitants. Media reports suggest that Urumqi’s help has enhanced the testing capacity and protection level of Gilgit’s medical workers significantly. Just a few weeks ago, some western funded NGOs and short-sighted political activists were engaged in propaganda that Pakistan should not open the land border with China for fear of spread of coronavirus from the Chinese side. Now, the tables are turned, and Pakistan actually needs a smooth flow of goods and services across KKH, for GB in particular, and for the rest of the country too.

The head of Pakistan’s National Disaster Management Authority has already announced in media that a large walkthrough scanning machine is being transported from China through this very land route. He said that such a machine could be delivered on time only through the land route. Earlier in March, Xinjiang’s regional government helped Pakistan with a sizeable quantity of masks.

It may be pointed out here that Xinjiang Uyghur Autonomous Region of China was and remains among the least impacted administrative units of China since coronavirus started spreading primarily in Hubei but also in other parts of China in December last year. Xinjiang has helped not only Pakistan but the other countries bordering it are also in need of Chinese help, as they are now facing the gradual spread of COVId-19. In this way, Xinjiang has become instrumental for the broader region’s fight against the pandemic.

In weeks and months ahead, an uninterrupted flow of medical and food supplies from Xinjiang to GB may particularly be required

The Xinjiang region alone has a Gross Domestic Product larger than many of the nations of the world, and in terms of area it is twice that of Pakistan. The region’s economy is vibrant, fast growing, and its infrastructure is developed much more than most nations of the region.

Xinjiang and GB have a history of long-standing cooperation, be it border trade or visa-free limited travel amongst the residents of the two sides. Thousands of GB families have their livelihoods linked to the smooth flow of traffic through KKH. At the moment, a large number of GB’s residents are forced to be in various parts of Pakistan, especially Karachi, Rawalpindi and Islamabad, due to COVID-19 linked lockdowns and suspension of travel facilities. In this background, more of humanitarian and commercial cooperation between Xinjiang and GB may become necessary in weeks and months ahead when more effects and after-effects of the pandemic would start to manifest. Luckily, this is the period during which KKH remains open, from April 1 to September 30, every year.

Not only smooth implementation of CPEC projects would be necessary for the continuity of economic activities in GB, in an economy overall hit hard by the pandemic, but this is also the time to do quick thinking on fostering further closer economic cooperation between the two sides. In weeks and months ahead, an uninterrupted flow of medical and food supplies from Xinjiang to GB may particularly be required. Cooperation between public health administrations of the two regions may also be very useful for GB, particularly in the pandemic control.

The writer is founder of Eurasian Century Institute (ECI), Islamabad. He can be reached at irfanzad@gmail.com