Our younger generation has a lot to give to us: Khaled Anam

* ‘My interest was always in children’s programmes,’ he says 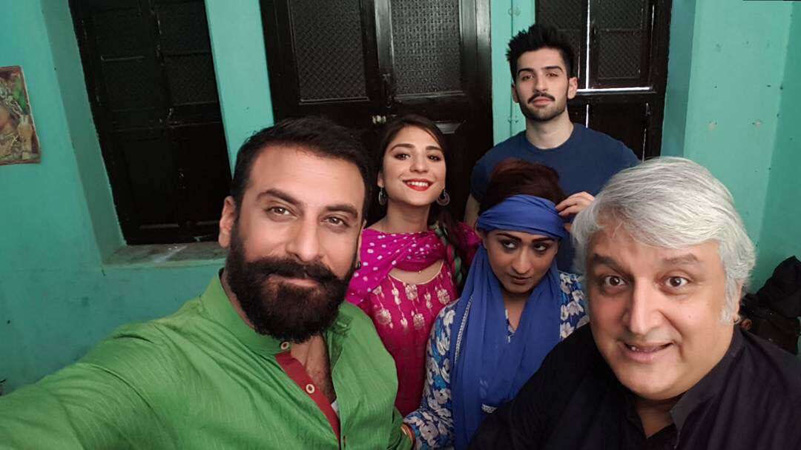 When I asked Khaled Anam for a picture which may go along with his interview, he did not put on airs or made me wait for him to arrange a lavish photo-shoot.

He got himself simply photographed by his son Komail Khaled. This is how Khaled Anam is; someone who is more concerned for youngsters and stimulates them to explore their talents, and has therefore spent a lifetime engaged in activities pertaining to children. He writes for them, sings for them, acts for them, teaches them, and has been doing all of this through various institutes and multiple genres of creative art.

You have been actively involved in matters pertaining to children from the very start of your career. What has been the inclination?

My interest was always in children’s programs. Not only me, but in the times in which I was growing up, a lot was being done for children. Children magazines and digests used to come out regularly. On the television as well, there were children shows which disappeared from both government and private channels during the 80s. No one went for them after Sohail Rana, Khalil Ahmad, Shoaib Hashmi and Farooq Qaiser. I have been making attempts at launching such shows, some of which did succeed in garnering success, such as the one I made for Indus Television and a few for Pakistan Television. I have never been able to understand why for our channels, children’s programs are a threat to money-making while it is a major source of income all around the world. I still feel that there is a lot to be done for children in Pakistan as compared to other countries. 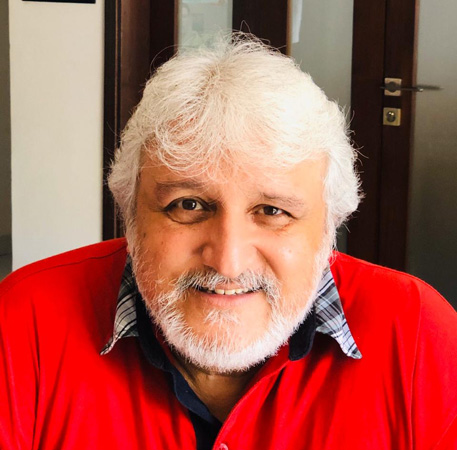 Do you feel tired as a teacher at times, considering how a teacher works hard on grooming generations but the country seems to be regressing day by day?

It mainly depends on how we connect to the students. I have been lucky in most of the cases since my university students always look up to me and give positive responses. For five consecutive years, I have been awarded with the best teacher certificate for my efforts invested in my students. I am still hopeful, as I believe that our younger generation has a lot to give to us. They are the upgraded version of humanity. We can cooperate with them by guiding them with our experience of a lifetime. It is not the young ones who are to be held culpable for moral decadence, but the older people who are running the society. Even if the children have gone astray, we, their elders, are the ones responsible. The children are always inculcated with our societal, cultural and religious beliefs and therefore, whatever their personalities reflect is a reflection of our own selves.

From “Ehsas” and “Tapish” to modern Pakistani dramas, have things changed for good or for worse?

There can be no definite response to this. Things have been both good and bad. However, when the quantity increases, the quality is bound to go down. In these kind of circumstances, we have to be careful regarding the trends we unleash. I remember our owners telling us to produce Star Plus styled programs for GEO TV in the times when Indian channels had taken over. We should not have moved away from our own characteristic style of producing dramas. It is one of the reasons why we still have writers like Haseena Moin and Noor-ul-Huda Shah but they are not ready to write. Another problem is that we do not have those people in the industry who know the art of drama production, but only those who can afford to be in the industry owing to their affluence and have therefore turned art into business. This has caused a lot of damage to the drama industry. I want them to leave creativity for the creative mindsets.

Tell us something about your theatrical collaboration with Yasmin Ismael.

I was very lucky that I ran into Yasmin Ismael at a gathering. I was in my usual trance, holding a guitar and singing songs. Yasmin approached me, telling me that she plans to do a play for her theatre institute and would like me to sing some songs for it. I went there the other day and from then onwards, we started working together. We founded Grips Theatre, originally a Berlin based theatrical group, the Pakistani branch of which was launched by us. We used to direct plays, perform in them, make adaptations and translate English plays into Urdu to reach out to our people. While I acted in those plays, my major work was composing songs and then singing them. It was during one of such performances that Sahira Kazmi reached out to me and asked me to do a song for her on television. From there onwards, my frequent occurrences on television commenced, first as a song-writer and a singer, and later on as a television actor.

What is the scope of theatre in cities other than Karachi?

It has a lot of scope but we need to build a theatre audience. This is possible if we make good theatre affordable. Scope, for both cinema and theatre, will rise if we reduce the ticket prices to a reasonable amount. A family of four to five people spending two to three thousand rupees on a theatrical performance would prefer to sit at home. Television is accessible because you spend on it only once, and receive entertainment for many years to come. A theatrical production presented once a year, sponsored by a major company, and that too in English language is a service to a company, or to a particular section of the community, but not to the whole society. Umar Sharif is one of those rare people who have succeeded in building an audience for this genre.

Amongst the dramatists you have worked with, who is your personal favourite and why?

Well, there are quite a few. From theatre, I admire Ali Ahmad, with whom I did a lot of plays. From the field of television, Shahid Kazmi, whose script was my debut, will always remain my favourite. Then comes Haseena Moin, whose old plays I still watch. Noor-ul-Huda Shah is also a great dramatist, whose “Tapish” is also among my works. Apart from these, I have also worked with Fatima Surayya Bajiya and Bakhtiar Ahmad, who I believe are our unsung heroes. From the contemporary writers, Amna Mufti is doing a great job. I must say that all of our writers are capable. They only need to be left alone with their pens and creative minds instead of being told by marketing companies what to do. The lesser the interference, the better will be a creative piece.

How do you consume your free time?

Music and books! I also love to try my hands at manual work. I fix old things, my favourites being miniature trains, cars and aeroplanes. I still have with me a train my father bought me. Besides that, I have plenty of records of old songs from the 1950s, which consume my time.

What, according to you, is the way forward for this society?

Tolerance, love, understanding and acceptance are the things we direly need. By acceptance, I mean the acceptance in terms of our culture and our language. We need to embrace ourselves the way we are.

What is your real calling; acting, singing or teaching?

All of these are parts of one big machine. I like writing, reading, teaching and composing poetry. Music can be considered something I am most passionate about. When it comes to acting, I love theatre. Whatever side of mine people admire, I feel grateful to them for it. However, what I would love to achieve is a state of goodness as a human being. As long as I am a good human being, any area of creative art would be fine for me to describe myself.

The Corona crisis has put a stop to all activities for the time being. But on a personal level, I am making a web channel and putting all of my activities related to children online. This is something I had always wanted to do and am finally doing it.