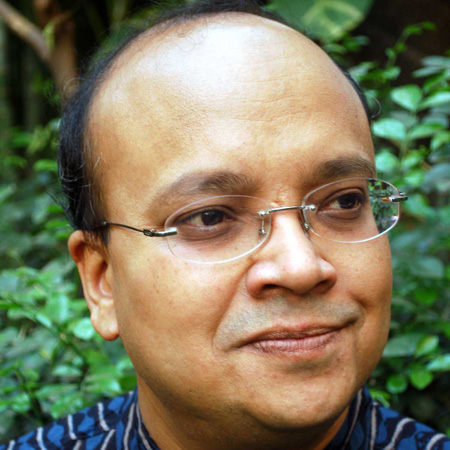 When Sumantra Bose was researching and writing Secular States, Religious Politics: India, Turkey and the Future of Secularism, there is no doubt that the question of whether religious parties with an anti-secular vision of nationhood had an impact, since India and Turkey were non-Western societies.

Bose, scion of a prominent Indian political family, demonstrates that the rise of intolerant, anti-pluralistic religious parties has little to do with either colonialism or immediate post-independence political systems. He attributes the rise of sectarianism to the fact that non-Western states like Turkey and India never adopted the Western principle of separation of church and state, and bases their secularism on the principle of state intervention, and regulation of the religious sphere. Bose notes that although modern Turkey was an authoritarian state carved out of the ruins of the Ottoman Empire, while secularism in India was rooted in culture and a democratic, pluralistic form of government, the two countries’ adoption of secularism was considered a success story for the longest period of time. This changed recently, however, with the rise of President Recep Tayyip Erdogan’s Justice and Development Party in Turkey, and Prime Minister Narendra Modi’s Bharatiya Janata Party in India. The break with secularism in two countries with different political systems and histories and their embrace of majoritarianism, cloaked in the terminology of nationalism, suggests that the fate in non-Western societies of religious and/or ethnic pluralism, which ensures societal inclusion and equal rights, is not related to any one political system.

The fact that secularism was not embedded in a state that was agnostic towards religion, and had no regulatory role in the spiritual realm explains more accurately how and why secularism was derailed in Turkey and India. Bose explains that the abandonment of secularism by the Turkish and Indian states was enabled by the fact that they were both legally and constitutionally able to act intrusively and regularly in religious issues and institutions, thereby creating excessive predicaments between religion and state.

Unlike the Indian independence leader, Jawaharlal Nehru, who saw its multi-cultural, multi-ethnic and multi-religious demography as a driver of a secularism which had a soft spot for a tolerant Hinduism, Mustafa Kemal Ataturk, the visionary who carved modern Turkey out of the ruins of the Ottoman Empire, had no such confidence in his country’s ability to sustain secularism. In Ataturk’s view, state-control of the religious sphere served to enforce secularism as a pre-condition for anchoring Turkey in the European West as a full-fledged member of a civilized world, ensuring that Islam would not be a defining factor in the formation of national identity. Kemalism amounted to a rejection of key elements of Turkish history and culture. As a result, secularism in Turkey became identified with repression and authoritarianism in the wake of the 1924 abolition of the Caliphate and the repression of ethnic and religious minority identities associated with Kurds and heterodox Muslim Alevis. Pockmarked by military interventions, secularism was increasingly associated with restriction of religious freedom and excessive social control by the government.

Bose notes the main problem with the Turkish Republic is that the plural nature of its society is at odds with the state. He cautions that Erdogan’s replacement of secularist authoritarianism with an equally anti-liberal and anti-secular ideology is not unlike Kemalist’s state-centrism, which concentrated power and politics around a strongman leader.

In contrast, Bose also notes that Modi, operating in an environment of greater decentralization that was pluralistic and viewed diversity as an asset in the quest for development, repackaged developmental concepts pursued by his Congress Party predecessors as an expression of majoritarian Hindu nationalism, or what the writer terms as Hindutava 2.0, an upgraded version of the BJP’s Hindu nationalist ideology. Modi enhanced his voter-base by reaching out and empowering the predominantly Hindu lower castes that would neutralize the Congress Party’s appeal to Muslims. The scale of Indian diversity that Bose compares to that of the European Union, and the fact that it was a cornerstone of the birth of the Indian state implies that Modi’s majoritarianism is tempered by more checks and balances than that of Erdogan.

Nonetheless, the absence of a separation of state and church meant that the state opened itself up to criticism. In India, for example, Hindu critics charged that it rejected Hindu nationalism as core to the country’s identity. In Turkey, Kemalist restrictions were placed on religion-related public appearances like a woman’s headdress or the traditional fez-fuelled opposition to the secular state.

By hollowing out the secularist element of Kemalism and Nehruvian thought, Erdogan and Modi established alternative concepts of national identity as equal, if not more legitimate, and culturally more authentic. In other words, in their approach, secularism is not a key to modernity and progress, even though neither Erdogan nor Modi, despite their pursuit of civilizational and anti-secularist policies, have so far sought to alter the secular nature of their countries’ constitutions. 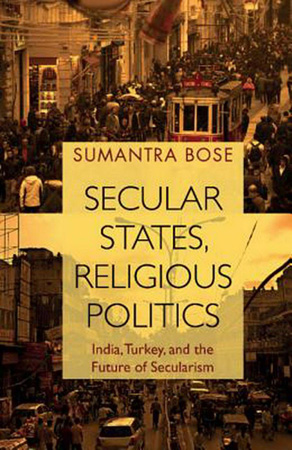 The emergence of a class of civilizational leaders across continents and political systems, which both Erdogan and Modi have in common, does not contradict Bose’s focus on the rise of religious parties in non-Western countries.

The question, however, is the degree to which religious parties matter in Turkey and India as non-Western nations. The rise of a critical mass of civilizational leaders across the globe in countries ranging from icons of democracy to ones that rank among the world’s most repressive, and in some cases, constitute genocidal dictatorships suggests that the assault on secularism is part of a broader trend producing leaders who blur the lines between civilisationalism and nationalism.

Erdogan and Modi are not the exceptions to the rule, they help establish the rule. Their policies are rooted in concepts of civilization rather than more narrow precepts of religion even if the effect on society and politics is fundamentally the same. These leaders’ sectarian, civilizational policies threaten human- and minority-rights. That is obvious whether it is through (1) Xi’s clampdown on religion in general, and Islam in particular, with a focus on his country’s troubled northwestern province of Xinjiangm, which amounts to cultural genocide; and/ or through (2) a frontal assault on a faith since Mao Zedong’s cultural revolution: Modi’s anti-Muslim drive rooted in Hindu nationalism, or the approach towards migration and encroachment on basic rights by the Hungarian Prime Minister, and U.S. President Donald J. Trump. The same applies to Trump’s apparent empathy with far-right groups; ultra-conservative religious groups and white supremacists; Erdogan’s embrace of nationalist Turkish Islamic synthesis, and Russian leader Vladimir Putin’s ties to far-right Eurasianists and an extreme nationalist Russian Orthodox Church.

Bose’s portrayal of Ataturk and Nehru suggests that the two men had much in common and were the antithesis of today’s civilizational leaders, including their successors, Erdogan and Modi. Both adopted a rational, somewhat sceptical approach towards religion, convinced that it threatened to impede progress.

They shared a belief in the power of science and technology to modernize and transform society. Nehru’s India and Ataturk’s Turkey saw the state as the driver of economic development. Their approach was abandoned in the era of neo-liberalism with the rise of deregulation and the selling off of state assets.

Reducing the state’s economic footprint went hand-in-hand with the undermining of the secular elite’s grip on power in both Turkey and India which was rooted in the belief that a state intervened in, and regulated the religious sphere as part of an effort to combat poverty and achieve development. Ironically, the weakening of the elite’s power, despite initial success in reducing poverty and raising standards of living, ultimately produced anti-liberal or authoritarian rule rather than a strengthening of liberal, pluralistic values.

With Secular States, Religious Politics: India, Turkey and the Future of Secularism, Bose makes a significant contribution not only to the study of the future of secularism and the often complex relationship between religious parties and the secular state, but also to the understanding of a key aspect of the emergence of leaders across the globe who see a new, multi-polar world-order in civilisational, rather than in national terms even if they retain nationalism as their linguistic framework.

The writer is a published author, scholar and researcher. He can be reached at jmd@jmdonline.org