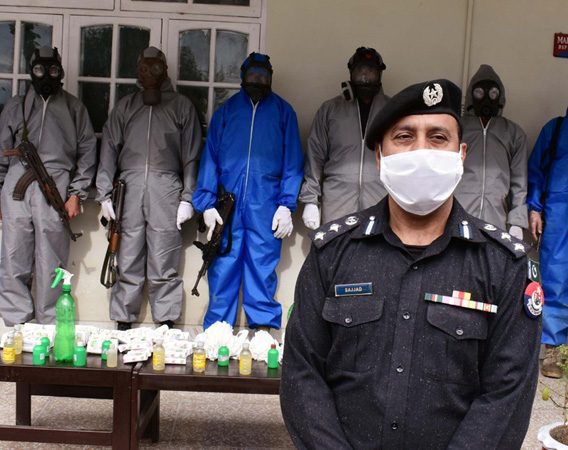 The lockdown of Manga village in Mardan district is likely to be lifted in the near future, as 109 residents of the area have tested negative for the virus.

Manga recently hit headlines as the area reported a large number of corona positive cases, with the contagion having spread from one Saadat Khan after he came back from Saudi Arabia and interacted with locals. Most of the 82 corona cases in Mardan belong to the village.

Speaking to Daily Times, Mardan police chief Sajjad Khan said that Mangah, which is home to over 50,000 people, is currently being guarded by around 250 policemen.

“Initially, we locked down Manga on March 19; we also later announced lockdown of the entire district on March 31 to control corona cases and such measures proved fruitful,” he added. The Mardan Police made own personal protective kits to save the personnel from coronavirus while performing duties at sensitive places. “We formed sanitizers, masks, gloves, special protective suits and glasses in order to protect own policemen performing duties in corona hit areas,” the district police officer said. Meanwhile, the chief minister’s advisor Ajmad Wazir declared the formation of a five-member committee of senior doctors who would prepare plasma for treatment of corona patients. The committee comprises Dr Shahjahan, Dr Fazal Raziq, Dr Khalid Khan, Dr Hamida Qureshi and Dr Usman Khattak. The plasma extract is made from the blood of patients who have recovered from coronavirus recently. Ajmal Wazir also said that the lockdown of Manga is likely to be ended in near future.