* Patients in Lahore show ‘encouraging’ results after use of antimalarial drug 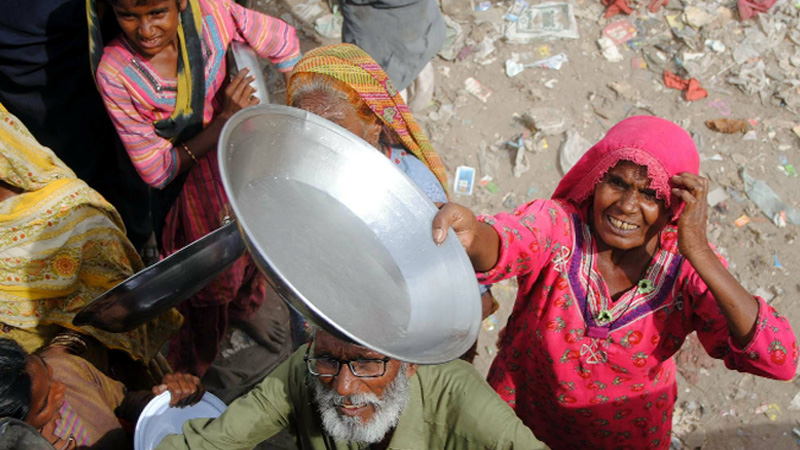 The nationwide tally of coronavirus patients crossed 2,100 on Wednesday, with the virus claiming 30 lives in the country. Some 85 patients have fully recovered so far.

Sindh’s Minister for Health and Population Welfare Dr Azra Fazal Pechuho Wednesday confirmed one more casualty in the province, bringing the death toll to nine. The 59-year-old patient was a resident of Karachi and was brought to the hospital on March 19 after returning from Saudi Arabia, where he was tested positive the same day, she said. The patient had a history of acute respiratory distress syndrome and was on ventilator since the first day, the minister added.

An 83-year-old resident of Rawalpindi became the latest victim of COVID-19 in Punjab, raising the provincial death toll to 10 and the country’s to 30. The elderly man arrived from the United Kingdom a few days ago was admitted at Benazir Bhutto Shaheed Hospital, Rawalpindi.

Khyber Pakhtunkhwa confirmed 23 more cases of the novel coronavirus, according to a report issued by the provincial health department. Health authorities have also reported the deaths of two more patients, one each in Bannu and Nowshera, raising the death toll from the virus in the province to eight.

With three more coronavirus positive cases – two in Bhimber and one in Palandari area of Sudhnoti district – the total number of COVID-19 patients has climbed to nine in Azad Jammu and Kashmir (AJK).

At least 62 new suspected cases of coronavirus were registered in Azad Jammu Kashmir during the last 24 hours, AJK health authorities said. As many as 44 more patients have been discharged from various quarantine facilities in AJK after they tested negative.

Karachi detected 33 new coronavirus cases, all of them locally transmitted, Meeran Yousuf, media coordinator to the health and population welfare minister, said. The total number of cases in Sindh is now 709. Furthermore, three patients have made a complete recovery, she said.

Punjab’s Primary and Secondary Healthcare Department confirmed eight new cases of coronavirus in the province, taking the provincial tally to 748.

Different hospitals across Punjab have started administering antimalarial drugs after they showed promising effects on the patients who recovered from coronavirus, according to Chief Executive Officer Mayo Hospital Dr Asad Aslam. Recently, the US drug authority had approved limited, emergency-based use of two antimalarial drugs, chloroquine and hydroxychloroquine, for treating coronavirus patients.

According to Dr Aslam, in the last 15 days, eight coronavirus patients have recovered after being administered the drugs at Mayo Hospital, indicating encouraging results. He said after China, the hospitals in Punjab are also benefiting from the use of chloroquine and hydroxychloroquine. Adviser to Khyber Pakhtunkhwa Chief Minister on Information Ajmal Wazir has said that 121 pilgrims who had been under quarantine at Gomal Medical College in Dera Ismail Khan will leave for their homes on Thursday. He added that the pilgrims have completed the quarantine period and have tested negative for Covid-19.

Sindh police Wednesday arrested 151 people for violating Section 144 of the Code of Criminal Procedure. According to the police, the arrested persons were found violating the restrictions imposed by the Sindh government during lockdown and hoarding of masks and sanitisers. About 14 people were detained in Karachi and Hyderabad each, nine arrests were made in Mirpurkhas, 60 in Sukkur and 54 in Larkana range.