Every age has its leitmotif, a set of beliefs that explains the universe that inspires or consoles the individual by explaining the multiplicity of events impinging on him. The current world order has been failed to provide a world that would not repeat the mistakes of the past, a world that delimited the violence of so-called religion, a world of scientific progress and discovery that would minimize sickness and pandemic, a world of antibiotics and hygiene, a world that was better connected, more technologically advanced, a world with modern democratic governments that would be able to better deal with the crises that humankind struggled with in the past. 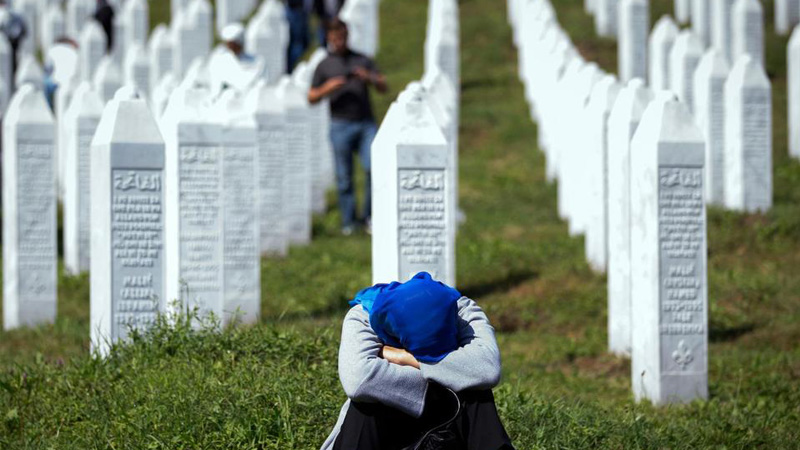 There was something supercilious about the mythology of modernity that had us believing that we were at the pinnacle of human existence, and yet now more than ever. In the last two decades, we have witnessed 9/11, the US invasion of Afghanistan and Iraq, tsunamis, the Fukushima Daiichi Nuclear disaster, Kashmir lockdown, Delhi’s genocide, the so-called Arab spring and the violence and wars that ensued.

We have states exercising violence against its people, extreme bush fires in Australia and calls to halt climate change. We have witnessed an uncertain Europe and we are now witnessing a post-Brexit world. Outbreaks like SARS, Ebola, and now the COVID-19 pandemic have emerged creating hysteria where the threats are both imagined and real. A pre-modern world had its forms of violence and destruction, but a post-modern world hasn’t been the solution many had been sold, begging the question: after much myth-making, is the current world order failing humanity? Scientists have spent decades studying the diseases lurking in the animal kingdom and they have managed to find very few answers to a whole range of questions. A few months back a novel strain of coronavirus SARS-CoV-2 was first detected in December 2019 in Wuhan, a city in China’s Hubei province with a population of 11 million, after an outbreak of pneumonia without an obvious cause. The virus has now spread to over 190 countries across the globe and was characterized as a pandemic by the World Health Organization (WHO) on 11 March 2020. COVID-19, the disease caused by the new coronavirus, spreads around the world, overwhelming hospitals, and disrupting daily life and raising fear of a global recession, the urgency of containing zoonotic diseases has come to the fore. Scientists are still undecided on the number of diseases lurking in the wild. They know little about the viruses that latch onto humans. On 19 March 2020, there were 209,839 laboratory-confirmed cases of coronavirus disease 2019 (COVID-19) infection, with 8,778 reported deaths and now on 31 March 2020, the reported cases all over the world are more than 800,000 with more than 33,000 reported deaths. The number of cases and deaths outside of China overtook those within the country on 16 March 2020. As of 19 March 2020, there were 3,629 confirmed cases of the virus in the UK and 144 deaths. On February 20, Italy had just reported four cases in the entire country. Fast forward to March 9, when the country announced a full lockdown and the number of cases stood at 9,172. As of the time of publication on March 20, the number of cases in Italy stood at 41,035 with the trend still ascendant. That’s already more than half of the total number of cases in China where over 71,000 have already recovered, as opposed to Italy’s recovery number of just under 4,500 cases and still counting. It’s a similar story in other countries, with the UK’s 36 cases on March 1 turning into 3,269 by March 20. That’s a hundred times higher in just 20 days. With no vaccine available for what could be months or even a year, and a mortality rate of one and four percent, on current trends, the death toll, which already stands at more than 10,000 could end up ten or a hundred times as much. The burden of mitigating the unfolding crisis falls not only on governments but also on individuals.

Outbreaks like SARS, Ebola, and now the COVID-19 pandemic have emerged creating hysteria where the threats are both imagined and real

Pharmacists are likely to come across worried patients and those with cold and flu symptoms which may appear similar to those of COVID-19. It’s been spreading around the world and now Pakistan being the fifth most populated country in the world is facing COVID 19 virus affection. In recent days the number of cases in Pakistan has now crossed 1200 reported cases with almost 8 reported deaths. The government of Pakistan has been failed to tackle the whole situation by not sealing the borders which have almost cost everything. The rapid increase in deaths due to virus compelled the Sindh government to announce proper lockdown to avoid mass deaths. Afterward, Punjab Government was still waiting for some miracle to avoid lockdown but the hurricane of COVID-19 has badly affected the whole province, and due to lack of facilities and rapid increase in coronavirus cases, they have decided to go for lockdown, not for curfew and same situation have been prevailed in the whole country. But the situation of the whole country is in the worst condition, to fight against the disease we have to take precautionary measurements otherwise there will be more deaths and new cases which will push Italy and Iran behind in numbers. China has no new reported COVID-19 case due to its hefty precautionary measurements and lockdown. We have to follow the instruction as China did otherwise the scenario will be much worse than our imaginations.

“The virus has shown that if you wait until you can see the impact, it is too late to stop it.”

The coronavirus pandemic and the slower-moving dangers of climate change are parallel to each other as COVID-19 is now a global pandemic which had led a shift in international relation away from globalism and emergence of new world order. What is not being examined is whether this can create a global wake-up call to re-examine core values and introspect. In the midst of darkness, it is difficult to imagine light or a future. The vaccine for the mysterious virus might take months or over a year to develop, meaning measures ordered by the government must be adhered to strictly to prevent mass death.

The Writer is Legal Practitioner and Columnist, can be reached at shahrukhmehboob4@gmail.com