Sindh: a hub of forced conversions

Amongst the religious minority groups, young Hindu girls are the most vulnerable and persecuted group in Sindh. Annually, many girls are converted and married off, reportedly by force. Often, most of these girls are trapped first in love, then in marriage, and ultimately, are converted. It is obvious that the situation in the province is very bad for Hindu females. 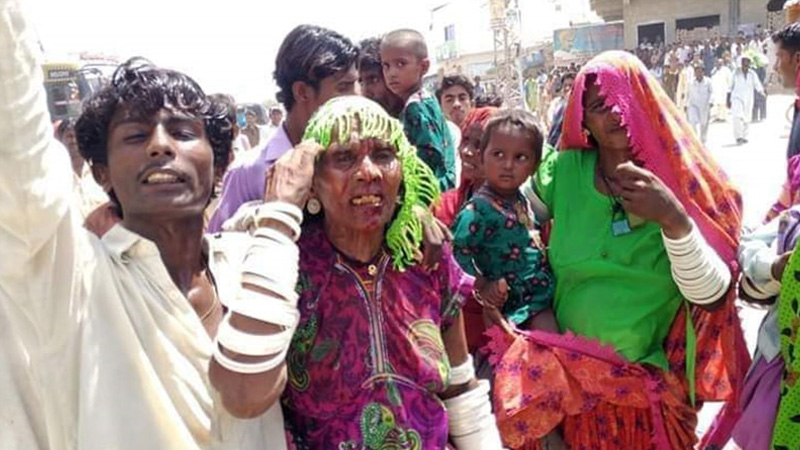 Mahek Kumari, a 15-year-old, falling into the trap of love of the 35-year-old Ali Raza, a father of four children, had, reportedly, left her home in the Jacobabad district of Sindh. She was forcefully converted to Islam to be married to him on January 15, 2020 After a week, they were arrested by the Jacobabad police at the shrine of Amrote Sharif in the Shikarpur district, where they were married after Mahek converted her religion and was renamed as Aliza.

Last year, two sisters, Samrin and Priya Kumari, had been abducted and married off to two Muslim men after they were forced to convert to Islam.

These are the latest episodes of a lengthy and excruciating saga of compelled conversions and forced marriages. The Human Right Commission of Pakistan (HRCP) reported in 2019 that of the overall 1,000 minority girls forcibly converted to Islam annually the majority of them are Hindu.

Many of the Hindu conversions violate Sections 3 and 4 of the Sindh Child Marriages Restraint Act 2013, which sets 18 years as the minimum marriage age. The Mahek Kumari case shows a violation of the Act; she was 15 years old, according to the evidence and documents submitted in the court of the Additional Sessions Judge-II Jacobabad. On February 18, the court under the sections of the Act nullified her marriage.

Among all the religious minority communities in Sindh, Hindus form the majority community in the province. According to the Pakistan Hindu Council, Sindh accommodates 6.6 percent of the entire total Hindu population of Pakistan. Currently, one of the serious threats that the major minority group faces in the province is the forced conversions of its girls and women to Islam. A report reveals that every month, young Muslim men “kidnap” -through false promises of love-at least 20 Hindu girls and compel them to convert their religion and marry them. Most of the converts are of a tender age, some of them are 12 years old. The girls once converted and married off are not permitted to come into contact with their families, which increases their vulnerability to exploitation and mental and psychological torture.

Many of the Hindu conversions violate Sections 3 and 4 of the Sindh Child Marriages Restraint Act 2013, which sets 18 years as the minimum marriage age

Most of the Hindu girls who are converted and married off in Sindh belong to the Meghwar community. The Meghwar people are called Dalits; they are an officially declared scheduled caste. People of the groups living in small settlements of round huts have already been subject to social, political and economic discriminations in society. The forced conversions of their girls and women exacerbate their adversities and harsh conditions.

In this age of social media activism, no action remains concealed. Videos and photos go viral in no time after any offensive incident happens anywhere. Therefore, it is not possible to keep people ignorant about the facts of any illegal action of abduction and forced conversion of minority women and girls occurring in Sindh. Any such action is against the injunctions of Islam.

Religious fanatics and people who marry the converts should learn that their shenanigans have been exposed as everyone has become aware that Hindu girls are trickily forced to convert their religion and marry their abductors. Now the drama of the so-called consensual conversions and forced marriages must stop.

The Hindu Marriage Act 2017 was passed to regulate Hindu marriages, but it was also planned to cater to forced marriages and conversions. Sadly, the community has not so far benefited from the act as it has not been fully implemented.

The time is ripe for the government of Sindh concerned to contemplate a long-lasting solution of this burning issue to safeguard the rights of minority girls and women. This will help them enjoy a carefree life beyond forced conversions and marriages with people of other religions. All of this is encouraged and supported by religious fanatics.