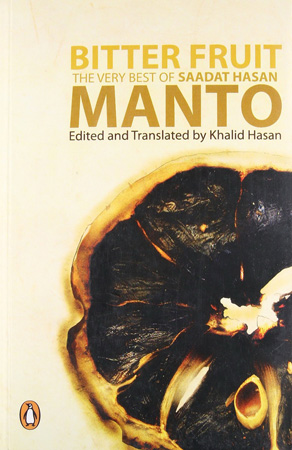 Urdu story writer Saadat Hassan Manto is as relevant today, as was he during the first half of the last century. His stories are as meaningful today as was these, during his life time. Manto wrote with such eloquence and artistry that upon starting a story, reader is compelled to read it to the end in one sitting.

The riots also happened during Manto’s times. Muslims killed Hindus and Sikhs and in return Sikhs and Hindus killed Muslims without any remorse and without sparing child and old. Women got abducted and raped by rioters. Manto is witness to all this mayhem and bigotry. How humans turned beasts overnight and bloodied the earth with innocents’ blood, Manto and his stories are witness to this all.

The short story “Open It” is not only one of the best stories on Partition and communal clashes of Manto but holds a high place in world literature.

Old man Sirajuddin loses his daughter Sakina and with it he also loses his senses. Sikina’s mother died during the riots but before dying, she had told Sirajuddin, “Leave me here and run away from here with Sakina.”

Sirajuddin couldn’t understand where his daughter has gone and in what condition she must be in. Then after sometime, he comes into contact with Volunteers, who promise to him that they will find his daughter. The volunteers are able to find Sirajuddin’s daughter, but she falls prey to their lust and Sirajuddin only gets the living corpse of his daughter and astonishingly he is happy, that his daughter is alive, forgetting what his daughter has gone through. Here Manto has shown how during communal clashes, humans lost there humaneness and are turned into beasts and how hate and bigotry tramples everything which comes in their way. And ghastly treatment meted out to Sakina is a proof. Manto has depicted this beastliness of volunteers and haplessness of Sakina’s father very artistically in these lines. 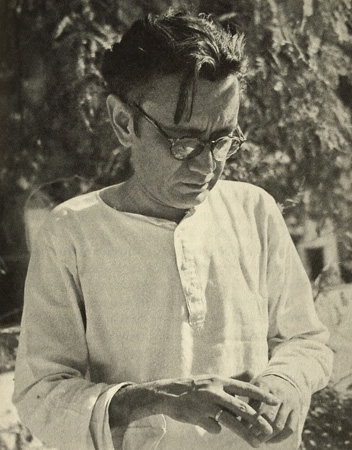 “The doctor turned towards the girl and took her pulse. Then he said, “Open the window.”

The girl on the stretcher stirred a little.

She moved her hand painfully towards the cord holding up her salwar.

Slowly, she pulled her salwar down.

Her old father shouted with joy, “She is alive. My daughter is alive.”

The doctor broke into a cold sweat.”

The Gujrat riots, Muzaffar Nagar riots and now Delhi riots have shown how neigbours turn beasts in no time and lust blinds the human beings. Politics of hate wreaks havoc upin humanity. And like Sirajuddin of “Khol Do”, we find hundreds of Sirajuddins and Sakinas created by this bigotry, hatred and religious extremism.

Then there is another story “Mozel” in which love has been shown surviving all odds. In his short story, Manto has shown how love triumphs every other emotion in the end. This is a story about people, who turn beasts overnight and bay for each other’s blood. Mozel, a Jew, loves Trilochin a Sikh man, but at the same time hates his religious showoff, his beard, his clothes for she thinks it is this religious extremism and bigotry which has caused much harm to humanity and spilt the blood on the streets. Mozel has seen killings in communal clashes and now he doesn’t want to see another. And we find Mozel’s resonance in two Delhi men, Mohinder Singh and Inderjit Singh who saved 60 to 80 lives on their motor bikes and kept them at a safe location. They risked their lives during the worst riots since 1984 anti-Sikh riots, to not only save the people of the different faith but to save the humanity. They showed how love and humanity can triumph and can surpass hatred and bigotry and prove there is humanity still alive. And here is the Manto’s Mozel:

“Mozel got up and, in her alluring way, shook her well-trimmed brown hair. “Shave your beard and let your hair down. If you do this, guys are going to wink at you-you’re beautiful.”

These words actually show Mozel’s hatred for bigotry and religious extremism, but not for any particular religion. She believes in humanity. Mozel helps in saving Kirapal Kaur during a communal clash, but ends herself of being killed. Nearing death, these line of Mozel bring out her hatred for religious extremism.

“Mozel removed Trilochan’s turban. “Take it away-this religion of yours,” she said, and her arm fell dead across her powerful chest.”

And we have enough Mozel’s today who can put their lives in danger, even sacrifice their lives for the sake of humanity. And we have here Ravi Prashar, who removed the saffron flag, a symbol of bigotry and hatred from a mosque and showed the path of love and how to survive during these tough times. And who can forget Mamta Singh, whose son Manish Singh was killed by rioters, and instead of fueling the Muslims mudslinging and hatred and bigotry, showed us that humanity is still alive. And like Manto and Mozel she also believes and rightly so:

“Hindus and Muslims have not died. Innocents have died.”

Manto through his stories have shown us the path of humanism, but at the same time disclosed the bitter truth of riots, how hatred and bigotry consumes humanity and how religious extremism is anathema to a society full of diverse people with different faiths. Manto’s hate is not directed against any particular religion , but against those who want to use religion for their nefarious ends. His short stories have artistically demonstrated this. And in these stories lies Manto’s greatness.