COVID-19 AND THE QUESTION OF RELIGIOUS SENTIMENT 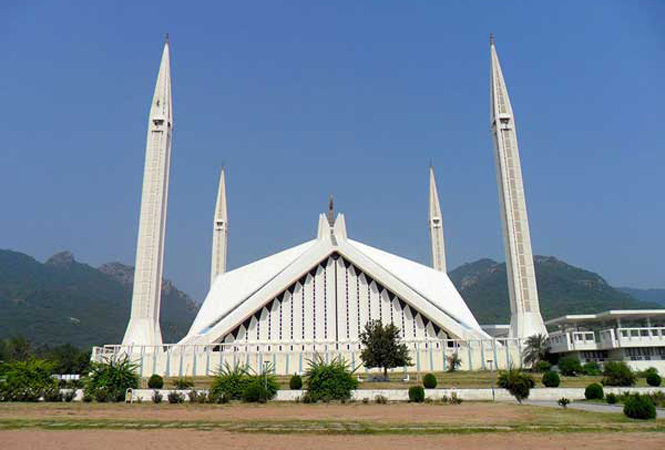 Section 144 has been imposed on activities related to mosques in Islamabad. The restriction has been imposed on the pretext of an incident at a mosque in Bhara Kahu, Islamabad where a member of Tableeghi Jamat was tested positive for COVID-19. The mosques where the Jamat was staying were later disinfected and then sealed. Pakistan took more than a while to realize that mosques can be one of the most dangerous social fields where the contagious virus can be caught from as a result of social interactions.

Around the world, social distancing polices have been implemented by restricting social mobility and taking precautionary measures to avoid spreading and catching the virus. In this context, crowded places are being avoided and governments are institutionalizing policies to regulate human behavior and social mobility. For this reason, a number of Muslim as well as Non-Muslim countries are suspending mass prayers, including Friday prayers. For instance, in Jerusalem Al-Aqsa Mosque has been closed and in the holy mosques of Mecca and Medina mass prayers have been suspended. The same decision has been taken for all other mosques located in Saudi Arabia. In UK, many prayer gatherings have been suspended as per the instructions of Muslim Council of Britain. According to Leicestershire-based Federation of Muslim Organizations, all the congregational activities must be adjourned by the Muslim institutions especially the mosques. The same has been professed by a group of Muslim doctors emphasizing that mosque owners must advise people to pray at their homes. In Bristol, 14 mosques have been closed and the Union of Muslim Organizations (UMO) has pushed the owners of town mosques to close their mosques and ask people to pray at home. UMO is also deliberating with the institutions of other faith groups in not only creating awareness about virus-spreading but also in identifying the vulnerable groups. Turkey, as well, has adopted a swift policy of evacuating and disinfecting the mosques until the risk of COVID-19 vanishes. In its attempt to systematize social distancing by banning public gatherings, many Middle Eastern countries have also suspended mass prayers.

On the other hand, there have been recorded incidents of resistance from religious institutions and clerics on the decision of suspension of prayers and closing of mosques. For instance, a video circulating in social media shows a man licking and kissing the gate of Masumeh Shrine in Qom, Iran. Before performing these acts, he claims that he is not afraid of coronavirus. In Africa, reports have highlighted that people are still shaking hands after offering prayers. The Barelvi Cleric Muhammad Ashraf Asif Jalali was adamant to conduct All Pakistan Sunni Conference in Lahore on March 21, 2020 assuring that no one can catch the virus without God’s will while claiming that he should be hanged if anyone gets infected by the virus.

This religious rhetoric coincides with the political discourse as well which can be substantiated by the speech of Defense Minister Pervez Khattak who while addressing to a public rally in Nowshera asserted that coronavirus is in control in Pakistan and that all public rallies and gatherings will be banned. To what extent coronavirus is being curtailed can be signified by 1067 confirmed cases till date. A recent report published by Independent also identifies that Britain’s Muslims are amongst the hardest hit by COVID-19 and Muslims around the world are more vulnerable than other communities. The report details that there are 1600 mosques in Britain with 130 located in Bradford and bodily interaction through hand shaking and hugging before and after mass prayers in the mosques will reduce due to closure of mosques for congregational activities, but still there are a few operable prayer spaces which will increase the risk.

When it comes to Pakistan, the situation is grave and will become worse if goes unchecked and unregulated on institutional, organizational and policy fronts. The decision of institutionalizing section 144 seems to be an apt response in order to control and regulate human behavior in the wake of COVID-19 outbreak. But as to what extent section 144 will be operable in both rural and urban areas and will people refrain from offering prayers in mosques are critical questions to ponder over. In this regard the role of religious clerics is also critical who in most of the cases, rather than functioning as agents of social change function as political forces governed by the interests of the religious political party/ies they are associated with. In addition, they also exert strong power and authority on the body polity and governmental structures. The lack of public discourse questioning and deconstructing this politicized hegemony of religious supremacists exacerbates the instrumentality of religion. It comes from author’s personal experiences that a common man in Pakistan buys into the argument of religious clerics so in this dynamic a cleric has the power to convince public to refrain from social interactions but what if a cleric himself is not convinced to suspend communal prayers and close mosques? This also comes from personal experiences!

We talked to the youth of Chitral, Swabi District, and Muzzafargarh District who shared that people are yet to completely understand the severity of the virus. A student from Muzzafargarh District shared that in a colony where he lives, mosques are still open on condition that a distance of 1 foot is mandatory to maintain while offering mass prayers which he has seen is difficult to maintain, all the time. Another student from District Swabi said that elder people are very difficult to convince to offer prayers at homes. A youth from Chitral also corroborated that people despite asserting their opinions in favor of social distancing and self-isolation are still showing irresponsible behaviors in their daily routine lives. He added that some people are saying that dam darood will sort out the issue they are in and others that it is a western conspiracy against Muslims to shutdown mosques in order to restrict them from performing their religious rituals.

In the wake of the issues as identified above, organizational and institutional commitment to regulate social distancing in religious seminaries and mosques is important. Epidemiological awareness about COVID-19 to the religious clerics across the board is also mandatory because through convincing them, general public may also be convinced. Especially in rural areas, where socio-cultural ties are innately hard-wired to religious sentimentality, using clerics as agent of change for COVID-19 awareness will be efficacious.

In this regard, Pakistan Ulema Council is playing a contributory role by advocating that people should stay indoors, avoid handshakes and cooperate with government. Hence, religious clerics should be among one of the critical stakeholders for creating awareness about COVID-19 and should be convinced to make announcements from mosques for indoor prayers. In addition, social mapping of all existing mosques in the country will also help in the identification of vulnerable groups.