COVID-19 and threat of bio war

“In 1879, General William Sherman of the American Civil War Union Army uttered the immortal words, “War is hell”. However true that may be, one thing is clear: war is good for business, and weapons are amongst the most lucrative products known to man”. 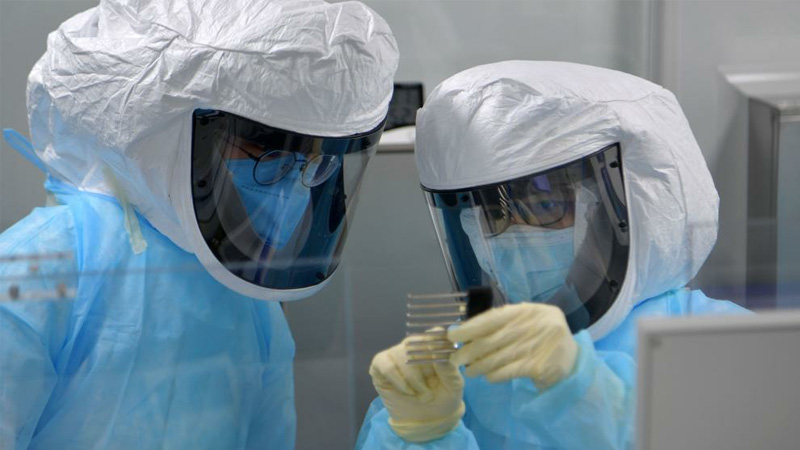 World has been spending huge amount of money on new and innovative technologies with regard to hard power which emphasizes over military might and destructive weapons since long. Those states which are spending more money on acquiring new technology in weapons and arms remain much influential and powerful nations of the world. For instance, the United States of America remains at the top of the list of the countries which spend lot of money on defense and arms technology. According to the Stockholm International Peace Research Institute, the world military expenditure rose to $1,822 billion in 2018 which shows an increase of 2.6 percent as compared to previous year. In the year 2018, the top five countries which spent huge amount of money on military expenditure are the United States, China, Saudi Arabia, India and France. In 2019, global defence spending rose by 4.0 percent as compared to year 2018. Along with this the international arms transfer has increased by 5.5 percent in five years from 2015 to 2019 as compared to years 2010 to 2014. In which the United States of America remains at the top and other nations such as Russia, France, Germany and China respectively come after it.

The changing dynamics of world also affect the modes of war, transitioning from traditional to other forms such as bio war, hybrid war, and cyber war, etc. As far as the bio war is concerned, it could be more destructive than any other form of wars. The possibility of current pandemic COVID-19 caused by coronavirus, being a bio-weapon cannot be ruled out. The world scientists and virologists are closely monitoring its causes and spread however, so far have largely remained unsuccessful. Nonetheless, in addition to causing wide scale deaths across continents, this has spread acute fear among the nations of the world for now it is highly embroiled in various conspiracy theories. In 1981, Dean Koontz an American fiction author in his work titled “The Eyes of Darkness” described a virus which would emerge from a Chinese city of Wuhan and spread throughout the world. He further identified it as the most important and dangerous biological weapon known as the Wuhan-400 by the Chinese.

The changing dynamics of world also affect the modes of war, transitioning from traditional to other forms such as bio war, hybrid war, and cyber war

Furthermore, Dany Shoham, a former Israeli military intelligence officer, who has studied Chinese biological warfare, said the Wuhan Virology Institute is linked to Beijing’s covert bio weapon program. Explaining to Washington Time, he stated that “certain laboratories in the institute have probably been engaged, in terms of research and development, in Chinese biological weapons at collaterally yet not as principal facility of the Chinese BW alignment”. He further explained that “the Wuhan Virology Institute is under the Chinese Academy of Sciences, but certain laboratories within it have linkages with the Peoples Liberation Army or BW-related elements within the Chinese defense establishment”. Another theory regarding this was published in CBC News that “Dr Xiangguo, her husband Keding Cheng and an unknown number of her students from China were removed from Canada’s only level-4 Infectious Disease Facility laboratory. Therefore, it is said that two Chinese spies stole this particular virus and brought it to Wuhan lab that’s how this Coronavirus outbreak took place. A third theory originally floated by a YouTuber and conspiracy theorist Jordan Sather which entertains that the patent for coronavirus was applied in 2015 and granted in 2018 to the UK-based Pirbright Institute.

As far as the Chinese point of view regarding the coronavirus outbreak is concerned, Chinese foreign ministry spokesman Zhao Lijian’s tweets claim that the US military brought coronavirus to Wuhan. In addition, “Zhao urged his more than 287,000 followers in two tweets to widely share an allegation from a Canada-based conspiracy website that the coronavirus originated in the United States rather than Wuhan. The allegation was apparently linked to the US Army’s participation in the international Military World Games held in Wuhan in October, 2019”. However, there is no substantial proof or credibility behind these conspiracy theories about Coronavirus’ outbreak but it has wrapped the whole world in fear because of its fast spread all over the world. This clearly shows that the threat of covert biological warfare among the nations is real which has affected the whole financial, political, social and economic structure of the world.

There are various writers and scholar who have informed the world about the new forms of war and threats such as Bill Gates, during its TedTalks, explained that the disaster we worried about most was a nuclear war. “Today the greatest risk of global catastrophe is not nuclear weapons instead it is Bio-War or Bio-Terrorism in the form of virus. If anything kills over 10 million people in the next few decades, it’s most likely to be a highly infectious virus rather than a war, not missiles, but microbes. We have invested a huge amount in nuclear deterrents and invested little in a system to stop epidemic”. Moreover, the current pandemic has exposed how ill prepared the nations are to deal with a virus. Therefore, it is high time that robust measures and parallel efforts are invested in finding defence, cure and vaccines against new and emerging threats in the form of Coronavirus. In this regard, nations have to be rational when it comes to policy making. Therefore, world needs to prepare a group of epidemiologist, medical team, volunteers, treatment approaches, health workers, good response system, make drugs and vaccines fit for that pathogen, strong global health system, to set up advanced research and development and to allocate a moderate budget.

The writer is working as a Research Associate at the Strategic Vision Institute (SVI), a non-partisan think-tank based out of Islamabad, and Ph.D. scholar in the Department of Defense and Strategic Studies, Quaid-i-Azam University Islamabad, Pakistan