* Lockdown yet to be properly enforced in villages and remote areas 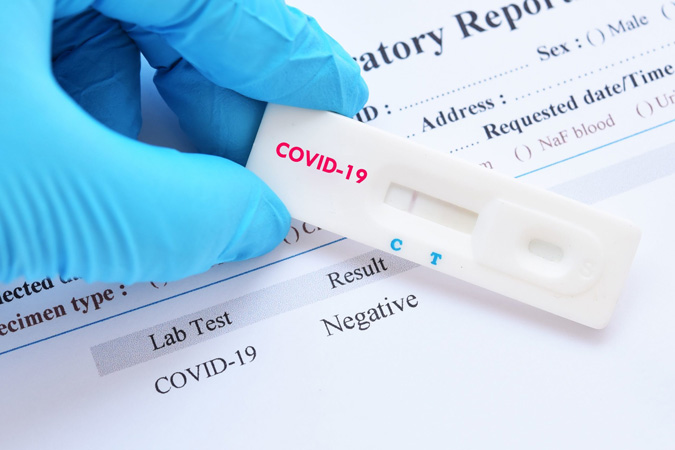 All four pilgrims being kept at the isolation ward of the Chandka Medical College Hospital, Larkana, have tested negative for coronavirus.

They had recently returned from Iran and were hiding in their villages. They were later on tracked and brought to the ward for screening. They were allowed to go home on Saturday, Dr Altaf Jokhio, Deputy Medical Superintendent, Chandka Medical College Hospital (CMCH) Teaching Block and focal person for coronavirus, told this scribe.

Meanwhile, complete lockdown was observed on the sixth day in compliance with the provincial government’s orders to prevent spread of coronavirus pandemic. Major trading areas located on Pakistan Chowk, Resham Gali, Shahi Bazaar, Bundar Road, Station Road, Lahori Muhalla and others remained closed. Police and security forces stood alert and also took round of the city to monitor security situation. Cops were also deployed on all major roads and roundabouts to force citizens to remain safe at their respective homes. Bikers were also forced to go back to their residences and not come out again.

Residents of thickly populated areas including Nazar Muhalla, Bhains Colony, Kausar Mill, Rasul Abad, Ayoob Colony, Gaslet Depo, Rahmatpur and other localities openly violated orders issued under Section 144 as people were seen walking or having joint sessions outside their residents, on roads and in various Otaqs. The district police will have to take stern action against them as well as in the villages to ensure proper lockdown to save precious lives.

Meanwhile, lockdown directives are yet to be properly enforced in villages, rural and remote areas despite the fact that all seven coronavirus positive cases detected in Larkana on Friday belonged to rural areas. All of them had reached Taftan border from in Balochistan and they were directly brought at the quarantine center here. Out of these seven cases, two belong to Sachay Bux Jagirani village, three to Hyder Chandio village and one each to Dakhan and Chatto Mangi villages. These figures should be enough for eye opening of the rulers because there could many such hidden cases who might have reached their villages silently.

On the other hand, as per the statement of DIGP Larkana Range, 24 persons were arrested during last 24 hours for violating lockdown orders and cases were registered against 12 people under relevant sections. Giving breakup, the statement added 3 cases were lodged against three persons under section 188, nine cases were registered in Kambar-Shahdadkot and police arrested 22 people, 21 more criminals were taken to task during patrolling who were alleged to be standing with the intention of committing crime which include 15 proclaimed offenders of law, 2 absconders and 14 active criminals. Police further claimed to have recovered arms from their possession details of which were not disclosed to media.

Meanwhile, SSP Masood Bangash visited several areas. He said citizens should themselves understand why policemen are out on the roads. He said police officials have left their homes and their children to protect all citizens from COVID-19 pandemic. He said if people continued to come out of their houses then they should understand that they will not go back to their homes alone but they will also return to their homes with the virus. He urged the citizens not to come out and stay safe at their homes because “we should not be scared of coronavirus… we all must fight this dangerous virus”.