On March 14, 2020, people from all walks of life gathered to play their last tribute to a great comrade. The socialist, democrat politician who rose to be the finance minister in the first cabinet of Zulfikar Ali Bhutto (ZAB) passed away at the age of 98 years. True to his ideology and beliefs he dismembered the ‘Ayub Empires’ by nationalizing industries and banks. He took on the elite who were the beneficiaries of the benevolence of the first dictator that had divided the nation into have and have-nots. Though in the long run the mismanagement in the state run sector proved to be counterproductive, yet he stuck to his beliefs till the end. 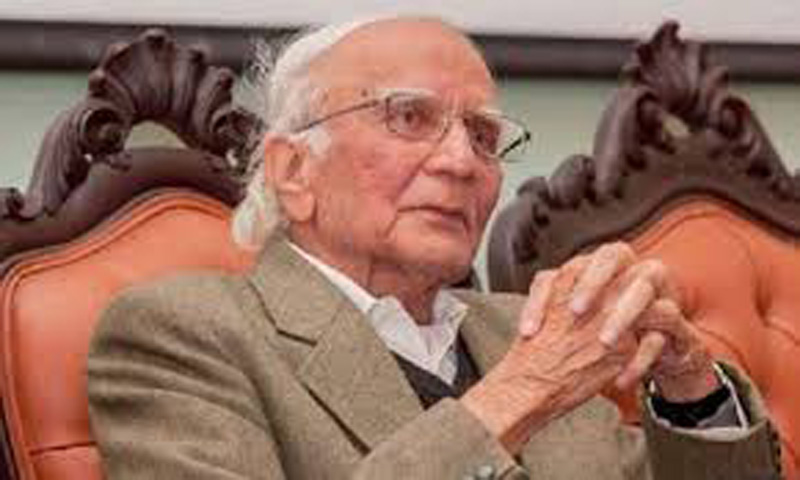 After the Pakistan National Alliance (PNA) movement in 1977 against the progressive regime of ZAB he insisted on a negotiated settlement with the opposition. Being a democrat he was against use of force with least involvement of the establishment. In the end democracy and the nation were the biggest losers. The alliance derailed the democratic order. Pakistan has still not recovered from his misadventure.

The Pakistan People’s Party (PPP) was the first genuine political outfit after the formation of All India Muslim League in 1906. In November 1967 the movement started from his house located on 4K Gulberg Main Boulevard, later the launch formally took place at the YMCA hall on The Mall. Lahore responded to his call for social equality. In the 1970 elections, he secured 82,746 votes, the highest by any candidate. His socialist mandate had overwhelming support which he then implemented with courage and conviction with no personal benefits. Till the end he lived in the same house and drove his old car, a 1966 model Volkswagen. Compared to the Ishaq Dars of our times he was a saint.

After leaving the government he was stopped on The Mall for a traffic violation. The constable asked him about his current profession, he replied unemployed. Before writing the challan he asked about his previous job. Dr Sahib’s reply surprised the constable. An ex-finance minister driving a small beat-up car the constable’s remarks were, ‘You are an honest man I will let you go’. Till the 1985 partyless elections politics were relatively clean with honest and able leadership which served not ruled.

Worldwide, industrialization in the 60s was carried out to meet national needs, import substitution and finally exports to earn foreign exchange. As steel was the basic material of growth, steel mills were established by most developing countries. In Pakistan it was the people’s government that started steel making in the country followed by fertilizer complexes and defence production sector. Major revamping of Atomic Energy Commission took place with clear focus to produce the nuclear device under the leadership of Engr. Munir Ahmed Khan who was a key player in convincing ZAB to move forward.

Dr Mubashir Hasan as a professor of civil engineering taught at the University of Engineering and Technology. Then as a cabinet member he played an important role in establishing civil design and construction entities in the country. Till today NESPAK (National Engineering Services of Pakistan) has contributed significantly in the design and supervision of several important projects in the country. For exploitation of national resources, the Resource Development Corporation was formed which then launched the first large scale mining project at Saindak to mine Copper and Gold minerals.

He authored 10 books, mostly on developing corrective course for the nation to follow. In 1992, when I was working as a consultant on the Saindak Copper-Gold Project I sought his advice to save the project by containing the mismanagement and corruption of the managers at the helm. He not only guided me but wrote an article to guide the future course. It was on his encouragement that I started to document and then write about my experiences in the land of the pure.

In 2016, he was invited to deliver the Dr Khalifa Abdul Hakim memorial lecture at the Quaid-e-Azam library. He delivered a very interesting talk on the scientific approach in search of truth in the creation of the universe. Search for truth has always been the hallmark of human efforts. The Sufis, Yoogi’s and the scientists all strive to unfold the mysteries of the universe but a true man of science only believes in what he can prove in his laboratory were his remarks. Continuing on the same theme in 2017 the lecture was delivered by his friend and contemporary Engr Masood Hassan. I wrote an article titled ‘Technology Touches Philosophy’ to sum up the views of the two heavy weights of our times.

About two years ago, I asked another stalwart of the PPP, if the revival of the party was possible. Rana Shaukat Mahmood promptly replied ‘Bhutto’s party was formed to give not to take’. The era of giving ended with the fall of the elected government in July 1977. Now it is taking and more taking with an insatiable appetite. Dr Sahib played a long and useful innings that will be remembered by the progressives for all times to come. He was an engineer, teacher, reformer, visionary, nationalist, democrat and above all a socialist who lived according to his beliefs and died fighting for change till the end. His dream of a Socialist State will probably come true one day when the Islamic Republic of Pakistan becomes a Welfare State where the needs of the citizens are catered for.

My salute to the now extinct breed of ‘Comrades’ who came to the fore to give and only give!