Minecraft has established itself as a cultural phenomenon for many reasons: it’s creative, collaborative, and sufficiently facile as to be considered accessible to almost anybody. In isolation, these benefits seem relatively intriguing.

In tandem, however, they form the perfect vehicle for Reporters Without Borders’ Uncensored Library, a virtual hub housing a collection of otherwise inaccessible journalism from all over the world, with specific sections devoted to Russia, Egypt, Mexico, Saudi Arabia, and Vietnam.

Even in the most restrictive countries where news is censored across the web — like China’s crackdown on the spread of information surrounding the COVID-19 pandemic — citizens can now receive their news by loading Minecraft and flipping through the virtual bookshelves of The Uncensored Library.

It started out as a project in an online forum and turned into the best-selling video game of all time, but now Minecraft is being used for something even its creator would not have dreamt of.

The iconic game based around placing Lego-like blocks with more than 145 million players each month has been turned into a hub of free speech.

A virtual library has been meticulously created to host articles written by journalists which were censored online.

Work by Jamal Khashoggi, the journalist killed by Saudi agents in 2018, can be read among the plethora of books in the library. 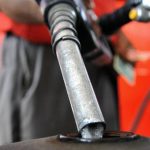 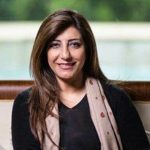