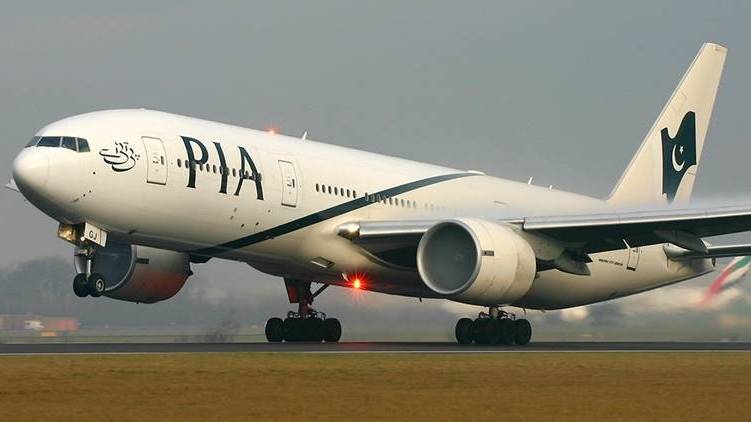 The Pakistan International Airlines (PIA) on Wednesday decided to operate four special international flights to the United Kingdom (UK) and Canada as international operations remain suspended from the country amid coronavirus outbreak.

According to the national flag carriers’ spokesman, the decision on humanitarian grounds was made to facilitate passengers willing to return to their home countries. “The booking for the flights have begun and people will be provided with tickets on first come first served basis,” he said. Sharing details of the flights, the spokesman said that PK-781 would leave for Toronto from Allama Iqbal International Airport, Lahore on March 27. “Flight PK 709 will leave for Manchester on March 28 from Islamabad International Airport while another flight (PK757) will leave from the airport on the same day for London,” he said adding that the third flight (PK-9791) on the day would leave for Birmingham from the airport.

The spokesman said that all four flights would return empty after dropping the passengers at their destined foreign airports. It is pertinent to mention here that a PIA crew member tested positive for novel coronavirus (COVID-19) for the first time on March 22.

According to PIA officials, the 22-year-old flight attendant was shifted to an isolation ward of Rawalpindi Institute of Urology after his test for the coronavirus came out positive.

The 22 crew members who performed duties with him have been instructed to self-isolate themselves and take a test for the disease.

The affected attendant performed duty on an Oslo-to-Islamabad flight (PK-722) and had also been on an Islamabad-Jeddah-Islamabad plane before he tested positive for the coronavirus.

The PIA management has decided to take samples of the 22 crew members for a COVID-19 test in three days.