My conscience has coerced me to state with a heavy heart that India, Pakistan’s”dear” neighbour, has reaped only one crop during the last seven decades: intolerance. India’s intolerance is obvious from what it is doing in the disputed Kashmir and with its own Muslim minority. It seems that the Hindu majority country has dispersed the seeds of intolerance far and wide in the region. The most important thing is to reveal some of the factors that curved India’s national mentality to prejudice, extremism and fanaticism.

During my boyhood period, I used to keep photographs of a few Indian film actors in my belongings. That is why I am feeling a bit sad to mention that Bollywood, the billion-dollar film industry, is from, head to heel,also blameable for inculcating intolerance in the Indian mind.

India’s film industry has proved Ivan Pavlov’s concept of Classical Conditioning true, whereby he postulates that thehuman response to an event can be learned through conditioning. The psychological process of conditioning is based on animating the minds unconsciously with repeated messages through actions, speech and script.

Though the Indian film industry contributes five billion dollars annually to the national GDP, it has conditioned millions of people damagingly

Thehistory of filmmaking in the Indian subcontinent can be traced back to 1913 with the first full length feature film,Raja Harish Chandra. However, the Indian film industry has been conditioning millions of brains since the release of the first Bollywood movie,Awaara, in 1951. Produced by Raj Kapoor, this film was a pure crime story that entertained the audience well. This is how the psychological conditioning of film lovers in India started.

Bollywood kept endorsing scenes of rape, kidnapping, smuggling, cruelty, anger and hatred in a generous way. Innocent minds started getting conditioned. This is why India has been included in the list of most unsafe countries for women with 82 rapes and numerous kidnap cases every day, as reported by the National Crime Records Bureau of India. 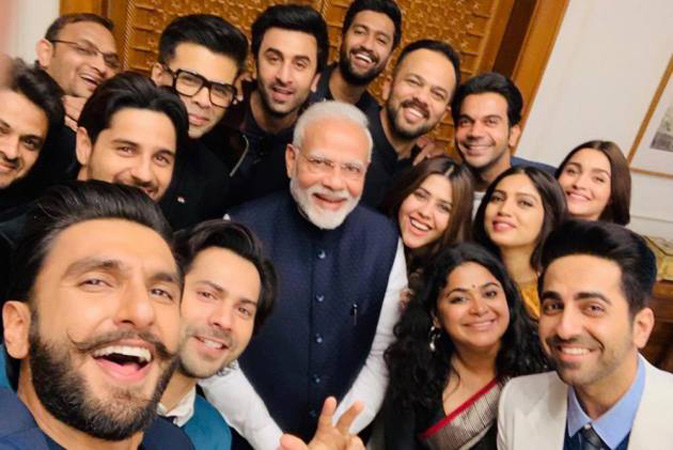 The mammoth cruelty on the innocent Kashmiris by the intolerant Indian troops is the result of same conditioning that has taught habituation over the longrun. The level of hatred and extremism the world’s largest film producing industry has imparted can be seen in the contemporary Hindu-Muslim tensions in India.The government of India’s policies and the angry attitude of the masses for Pakistan is yet another outcome of the slow poisoning injected by the misguided Bollywood fiction. Telugu, Marathi, Bhojpuri and Bengali cinemas have also contributed in upscaling the level of intolerance in the Indian nation. Choosing Narendra Modi, an extremist, as the prime minister shows the state of mind of most voters.

Around a thousand feature films in twenty-seven regional languages are released in India every year. Many of the films have a negative impact on the social, cultural and ethical values inModi’s India. These movies have been promoting the wrong ideas of drinking as a fashion, smoking as a hobby, and violating the rulesof so-called goodness. Romance, comedy, tragedy and action, not many filmsare devoid of killings and animosity. A large number of these movies are about romance with elements of fiction and adventures.

Bollywood’s work has conditioned the wrong concept of women empowerment in India. To them, ridiculously, an empowered woman goes to a bar every evening, wears short skirts even in winters, drinks excessive alcohol, disobeys her parents, breaks social norms, and believes in eloping. It seems mandatory for the protagonist to breach the laws for doing something good. Unnecessary details of negative characters are idealised by the underdeveloped masses of the country. This has given rise to social evils. The people of India are reflexively living a film-like life that is far beyond the realities of globalisation.

What I opine is that India needs some good social scientists and not film stars. Social scientists could play their role in taking negatively conditioned minds to the light of wisdom. They could train the masses about how to live, behave and respond in a community. It is surprisingly alarming that Bollywood has affectedIndia’s entire social stratification. Most of the people who gather at the gates of Amitabh Bachchan come from the working class.They waste their time tosatisfy their mechanically conditioned connection with film celebrities.

Though the Indian film industry contributes five billion dollars annually to the national GDP, it has conditioned millions of people damagingly. The Central Board of Film Certification, high net-worth film producers and a few movie starscould be held accountable for bad conditioning of the Indian society during the last three decades. Taking interest in social work and charitable organisations is a personal trait. The one who has money could go for philanthropy and clemency, but these “generous” film producers have tamed the brains of Indians to the extent that they have forgotten their original personalities.

The writer is a researcher and a journalist. He can be reached at waheedmba@yahoo.com