The current wave of the new coronavirus has undoubtedly affected the quality of life globally. Global citizens in different countries are now practically living in lockdown. Global health, economy, diplomacy and education sectors are facing the worst of the crisis. The virus COVID-19 reportedly originated in December last year from Wuhan city of China. China started to take appropriate measures but few global leaders along with Donald Trump started to blame China for not taking timely measures regarding the pandemic.

Anyhow China managed to contain the outbreak of pandemic and by March 19, made Wuhan the coronavirus free city as no new local case was reported in the locality. President Xi also made a trip to the city sending a strong signal to the international community of his resolve and China’s institutional strength. In the outbreak of this pandemic, American President Trump called it “Chinese Virus” followed by Pompeo who called it “Wuhan virus” and a diplomatic war between the US and China erupted. Chinese diplomats started to blame the US Army for bringing the virus to the city of Wuhan saying that they have enough proof to verify their assertions.

While the diplomatic stiff is going between two global powers, China started to portray itself as a responsible global state by lending help to most of the virus-hit countries in the world. It sent millions of facemasks to most severely hit European country Italy, along with teams of medical experts to help its initial BRI European partner. Other European countries receiving the facemasks and testing kits include France, Serbia, Spain and Belgium. The recovering facemask industry of China is now back to track and is producing thousands of facemasks every day, apparently which are being sent across the globe on humanitarian ground. African nations are also receiving the donations by the Chinese Jack Ma’s Foundation. China also sent testing kits and facemasks to its regional ally Pakistan. Philippines, Iran and Iraq also received the aid and China committed $500 million loan to Sri Lanka to fight this pandemic.

China is using this opportunity to build a soft image in global arena whereas America is busy tackling the virus at home while China is forwarding its agenda through facemask diplomacy. It is making use of Joseph Nye’s soft power to build the trust and image of the country as a responsible global power. It has remained successful to get the support and appreciation of two important world forums – the WHO and the United Nations. The WHO in its report, published in late February, appreciated the swift response of China and declared Chinese model as an effective strategy to fight against the disease. Earlier, the UN official had stamped its effort in a statement.

Furthermore, America has remained unsuccessful domestically as the number of cases is going up. Moreover, more than 40% of the victims are young adults and manual testing rate has made it more difficult for the world’s superpower to protect its citizens. In this worst scenario, Jack Ma Foundation has come to its rescue. It sent millions of facemasks and other necessary instruments to America with a loud message that China has a strong economy and leadership resolve to tackle any unexpected problem of global scale. 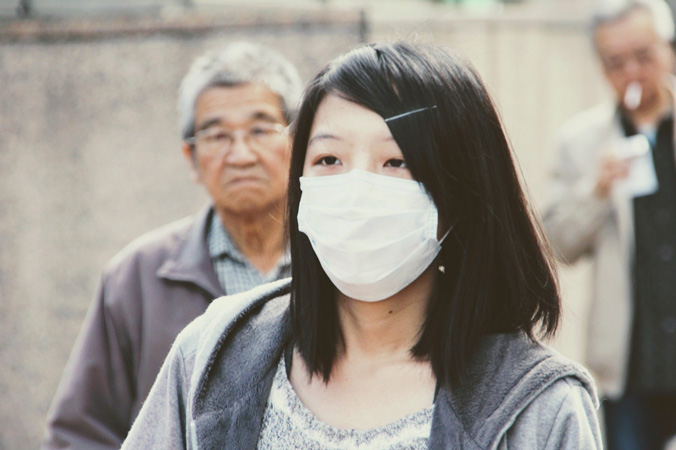 China’s facemask diplomacy will have a long-lasting effect for it as far as the world of international relations is concerned. Europe is all set to focus on the intricate relation with China this year, it will help China to have a softer image in the eyes of the European countries. Already the public opinion is swinging in China’s favor in Europe. Secondly, with the Panda diplomacy already on the market, and now introducing the facemask diplomacy, this blend will help China to project it as a peace loving philanthropic country. Ancient China has been leading the strip of the Asia through cultural power now the modern China under the leadership of President Xi is blending the political and strong institutional taste in it. It has a great potential to carry forward the vision of peaceful economic rise of China with global inter-connectivity. This is the new challenge that America will be facing in the aftermath of this COVID-19 virus.

Umair Pervez Khan is an International Relations PhD scholar in Selcuk University, Konya, Turkey. He can be reached at sardarumair99@gmail.com