Asur — a psychological thriller with nuances of mythology, astrology and science 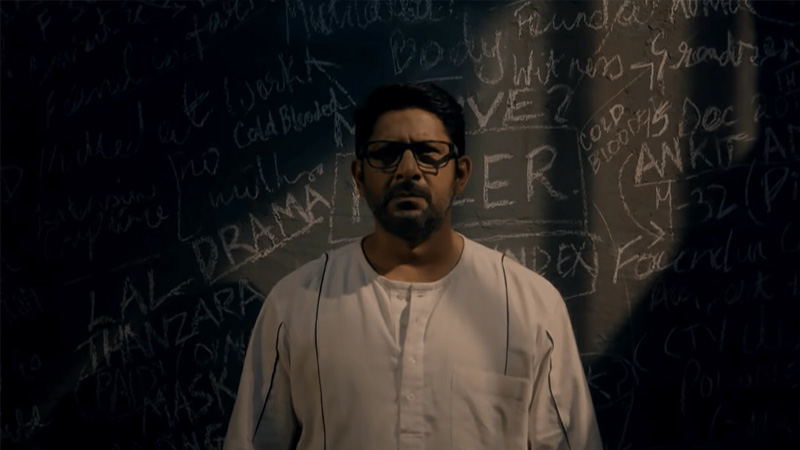 But what if God and Devil reside within? How they will react and will emerge from within, according to the situation or priorities. According to Bhagavad Gigta, “all beings in the universe have both divine qualities (daivi sampad) and the demonic qualities (asuri sampad) within each”. With similar philosophy Indian web series Asur provides the answer.

According to Hinduism texts, Asur, led by Vritra, are malevolent and are considered “enemy of the gods”. They have constantly waged the war against Adityas (good demigods), led by Varuna. The battle between Devas and Asuras is undertaken over the dominion of three worlds: Swarg (Heaven), Bhumi (Earth) and Paataal (Netherworld). Both are equally powerful. While one practice of virtue and other practices atheistic and devious tendencies. The divide is the greatest in Kaliyug, final age.

Asur web series is psychological thriller with nuances of mythology, astrology, science interwoven in story written by Gaurav Shukla and directed by Oni Sen. It is about psychopath killer who thinks he is real Asur and is compiled to old beliefs, killing people in such a way that it becomes ‘perfect crime’. The story unfolds on two timelines; 11 years ago a boy is seen with his father on a boat during ceremony which ends in tragedy; and in present day America, Nikhil Nair (Barun Sobti) is teaching forensic, living his life peacefully with his family, suddenly he is interrupted by unknown messages with the pictures of dead bodies. Every dead body is murdered gruesomely by serial killer, who leaves a sign of cutting off his victim’s index finger. The question is why those messages were sent to Nikhil? At the beginning of every episode reminiscence from past are shown. Later Nikhil is summoned once again to work as CBI officer, the post which he had resigned 10 years earlier because of Dhananjay Rajput (Arshad Warsi), who fabricated the evidence of Shubh, a juvenile. In later episodes audience acknowledges about connection between serial killer and Nikhil with Dhananjay.

Asur is comprised of eight episodes, normally 35-40 minutes and the last one about an hour long. The atmosphere developed in the series, with haunting BGM, sucks you in a dark world overloaded with myths, murder, mystery, karma, revenge, redemption, and the struggle of battle between good and evil. Gaurav Shukla has given new dimension by involving myths and murder, complexity of science and philosophy that confuses. It also explores intricate world of forensic science and the deep mysticism of ancient Indian Myths. It answers the question how decisions are made? How our decisions effect everyone? Why we value our loved and because of them we commit murders? What are the reasons behind senseless cruelty? Asur is complex, ambidextrous series about the personal and eternal conflict. 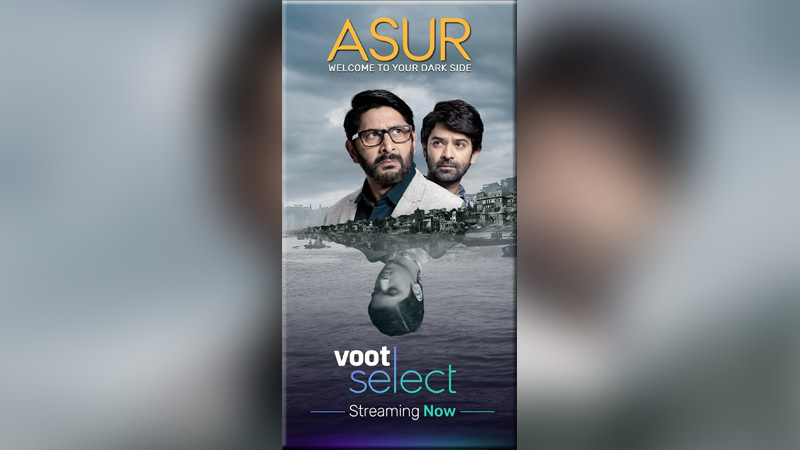 Tumbbad, based on fallen deity Hastar, first born of Goddess of Prosperity (symbol of gold and food) out of 160 million Gods. Hastar was loved above all, but today his name is expunged from ancient scriptures, because he wanted all of the Goddess’s gold and food; he somehow managed getting the gold but as he went for food all other Gods attacked him. With every blow Hastar was shattered into fragments, but before he could dissolve into stardust, The Goddess saved him on one condition that he will never be worshiped and be forgotten forever. For aeons, Hastar slept in his mother’s womb until the protagonist ancestors invoked him and built a shrine in his name. Like Tumbadd, Asur has also become another masterpiece on mythical subject.

In the competition of series like Dark, Money Heist, Sacred Games and Asur, our industry is contributing 2 takkay k dramas and ‘idhar nahi jaongi’, ‘udhar nahi jaonga’ type movies. Our industry is limited to romance, divorce, polygamy and the techniques taught ‘to destroy families’. It’s impractical to witness the movies like Tumbadd and series like Asur from our industry. Hope to find maturity in our industry to compete at least with our neighbours.