From Lahore to Delhi

Akshay Thakur, Mukesh Singh, Vinay Sharma, and Pawan Gupta were hanged. They were convicted of raping and murdering Jyoti Singh, “Nirbhaya“, a 23-year old paramedics student, and brutally causing grievous bodily harm to her friend on December 2012 on a moving bus in Delhi, India. They had been on the death row since a fast track court sentenced them to death in 2013. They had attempted to seek “justice” through filing of numerous curative petitions in the Indian Supreme Court and submitting mercy petitions to the office of the president of India.

The defence advocate AP Singh, while addressing media during the pendency of the curative petitions in the Supreme Court, stated that “his clients had been standing a media trial,” and that left no space for the merits of the case. Initially, six persons were arrested by the Delhi police on the charge of raping and murdering a paramedics student which prompted a huge public outcry in 2012, forcing the then government to amend criminal laws addressing the rape crime. Out of those six persons, Ram Singh, allegedly, committed suicide in jail, but his family claimed that he was murdered in his jail cell. One other was released from a correction home in 2015. He was identified as a juvenile at the commission of the offence by the Juvenile Justice Board.

The recent hangings in Delhi have received negative views from rights groups. In my opinion, the recent hangings will be a “dark stain” on India’s human rights record. It is a common view in many countries around the globe that hanging is not a solution to a social menace. Women empowerment, including civil liberties, cannot be ensured by hanging people. Before the recent hangings, India had not executed a single death row prisoner since 2015. Afzal Guru was hanged in 2015; he was convicted of attacking the Indian parliament. Now four men have been hanged in the name of tackling violence against women across India and to ensure social freedom to girls and women in India. Lawmakers across India, instead of conducting studies on the social reasons of violence upon women across India, backed the implementation of the death penalty upon those who were hanged in the Tihar jail. 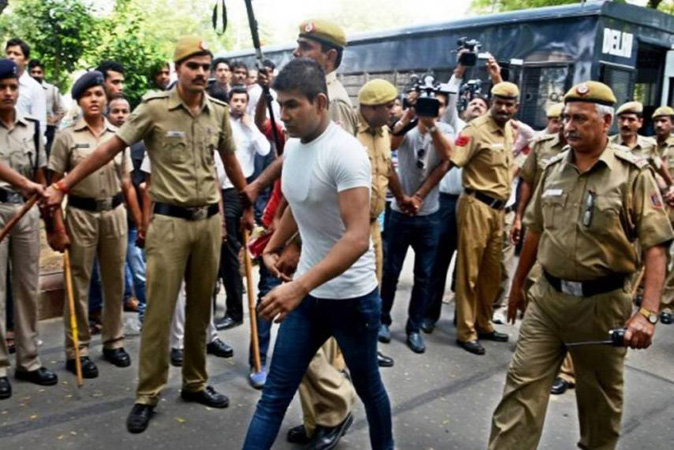 The culture of hanging people does not exist only in India; it is prevalent in Pakistan and Bangladesh as well. Recently, Pakistan hanged Imran who was convicted of raping and then murdering the minor girls of Kasur. The authorities in Pakistan seemed to be promoting the view, starting from his arrest and until his hanging in 2018, that children across Pakistan would be safe, and likes of Imran must be severely punished. Some even demanded for public hanging. In spite of his hanging in 2018, a huge number of cases of violence and rape of children have received public attention after they were reported in media.

“The recent hangings in India and Pakistan accomplish nothing except short-term revenge,” Tara Rao, Director of Amnesty International India, commented on the Delhi hangings. “The death penalty might bring closure for one family, out of many who have suffered a great loss. But it does absolutely nothing for women’s safety, to address domestic violence and child abuse at home, or to reform a broken justice system. You have nothing to celebrate today,” said Niljana Roy.

Celebration for the recent hangings will not bring social justice and women empowerment in India. The hangings in Tihar jail is a barbaric step of the state of India that prides itself as democratically secular. Pakistan and India ought to work toward amending their broken criminal justice systems. Having the medieval times barbaric punishment in their criminal justice system will isolate them within the international community that demands non-penal social engineering schemes for even desperate and hardened criminals. Rights defenders have condemned the hanging of four convicts. It will put stain on India’s image.

The writer is a Lahore-based advocate