Coronavirus and the changing dynamics of social spaces in Pakistan 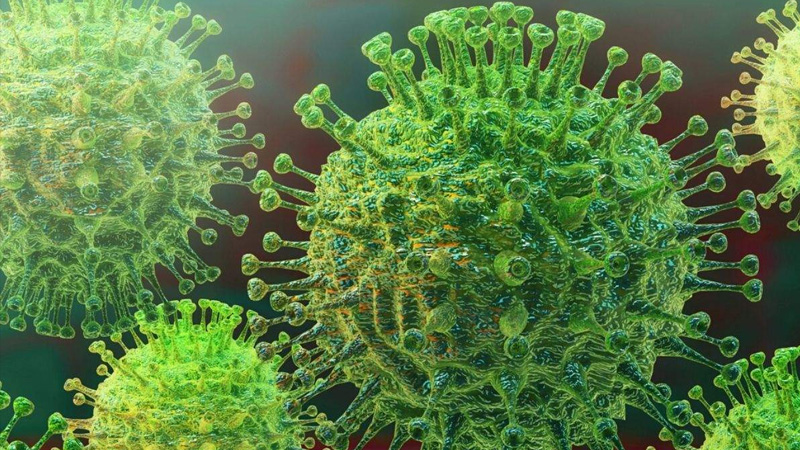 A few pertinent questions sprang up our minds when we received an email last week about the postponement of a local conference our paper had got accepted for. The conference was supposed to be held in mid-April this year. The reason, without any guess, is the global outbreak of deadly coronavirus. In order to minimize the susceptibility of transmission of the virus, we are inching towards lock down of different economic, educational and social spaces. The conferences are being postponed, cinema halls are being shut down, hostels are being vacated, the eatery outlets are being closed down, public transportation system is being curtailed; in short social mobility is being restricted in the wake of institutionalizing social distancing.

According to World Health Organization (WHO), there has to be distance of at least 1 meter which needs to be maintained between yourself and anyone who is coughing or sneezing. This caution is prescribed in the light of the fact that social contact can increase the susceptibility of catching the virus. Hence, any form of social contact, most critically physical proximity, is being consciously restricted by the governments of the countries where the number of cases as well as death rates are increasing due to coronavirus. For instance, in China cell-phone tracking system is being made operational to monitor people’s mobility especially to restrict the mobility of those who have confirmed infections. In Italy, as an immediate response to the outbreak, travelling restrictions are being imposed, in

addition to curbing social mobility by shutting down schools, restaurants and bars. The UK Government is also actively functioning to stop all non-essential contact with other people.

These measures which are being referred to as the ‘need of the hour’ have received flake in political and academic discourses due to their stringent and anti-social stance toward human behavior and interactions. But the fact of the matter is that the relevance of these strict measures cannot be ignored if the susceptibility of the virus is to be minimized.

Especially, in a country like Pakistan where the number of identified infected cases has been reported the highest as compared to other South Asian countries, the relevance of such measures become even more important. Adding to this grave situation is the shortage of precautionary masks and hand sanitizers in the medical stores of the country. With such dearth of physical infrastructure in the health care, paucity of Human Resource trained in knowledge related to the virus and virus-control, and state-apparatus determined to restrict social mobility by curbing social spaces, will human behavior actually change in a country like Pakistan? We are not able to respond with an absolute ‘Yes’ to this question. There can be many reasons attributable to our ambiguity in finding a deterministic response to this question. First of all, huge economic costs are being borne by the most infected regions as a result of shutting down and locking-down because people are refraining from physical contacts and confining themselves to their spaces of domesticity the immediate result of which is the sharp decline in the demand of goods and services. To what extent this global phenomenon is contextual to Pakistan’s reality, especially when we consider country’s informal economy, is questionable. If a poor person’s survival is singularly contingent on per-day labor (for example of a child working in automobile mechanics/shop, a khokha owner, a daily-wage worker or a domestic helper), will he/she be caring for coronavirus even when the demand for his/her goods and services is low? Secondly, the country has culturally and historically been bifurcated into urban and rural domains where awareness and literacy rates in the former are greater than the latter. Moreover, the social ties and social capital are more grounded in the rural than urban areas of Pakistan due to which maintaining social distancing in the rural areas seems to be a bigger challenge than it is for urban areas in Pakistan. In the light of this assertion, do we need an interventionist policy of social distancing specified for rural/urban divide in Pakistan? Thirdly, our social values and codes of hospitality are so strong that these have become part of our cognitive systems and cultural norms. We still see people shaking hands with each other around us. We still see people hugging each other because they want to respond to the gesture of physical proximity with same warmth. Also, we still see people being reticent to cover their faces with masks despite catching cold, or not caring much for their mouth or nose droplets dropping over other people’s bodies when they cough or sneeze. Why? Because, they simply don’t care as we heard one sick man saying “Allah maalikhai” (Allah is our caretaker). Putting these contextual realities in place, social distancing seems implausible in Pakistan. Having said this, we observe shrinking of social functioning as a response to which social behavior is altering in the physical spaces around. It gives a lesser sense of belonging when your colleagues and even close relatives for that matter do not encourage or respond to physical proximities such as hand shaking, hugging or kissing. The recent studies of cognitive anthropology being conducted in the west are also highlighting that social distancing is causing social isolation which can cause depression and other psychological disorders among people. Such studies can be relevant for a country like Pakistan where Social groups are closely-knit and culturally-tied to each other. In a nutshell, coronavirus and the institutional response to it is necessary but as to what extent it will be efficacious for a complex country like Pakistan is a question to ponder over.

The authors are assistant professor and lecturer at the Pakistan Institute of Development Economics (PIDE) respectively.