Coronavirus: Section 144 imposed in Pakistan for one month 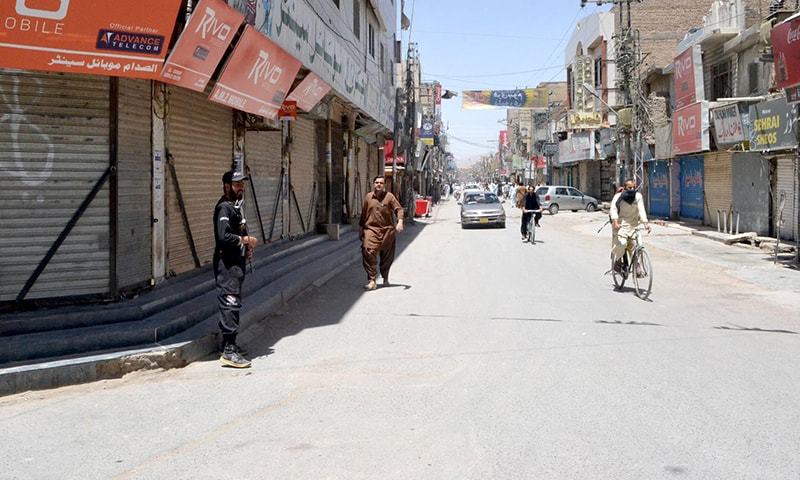 Home and Tribal Affairs Department of the Government of Balochistan also issued the notification.

“The Government of Balochistan has imposed a ban on gathering of 10 or more than 10 personns with immediate effect for a period of one month,”

According to the notification:

There a ban on sit-ins and procession, rallies at public places, markets and hotels/restaurants and on wedding parties, sports gathering, cinemas, educational gatherings, conferences and seminars.

According to the chief secretary, the section has been imposed for three weeks in the province to contain the spread of the infection. All educational institutions in the province will remain closed and the teaching staff will also not be permitted to enter schools, colleges and universities.

The decision was taken at a high-level meeting of State Coordination Committee presided over by Prime Minister Raja Farooq Haider Khan.

Speaking on the occasion, Prime Minister Raja Farooq Haider Khan directed the authorities concerned to keep close liaison with all relevant segments of the society including Ulema to aware masses about the corona pandemic.

He also directed to use local newspapers, polio teams, teachers and district administration to educate the public about the epidemic effectively.

According to the provincial health department, the three patients had recently returned from Saudi Arabia and had tested positive today while the other had no recent history of recent travel.

“This brings the total number of cases to 21 in Sindh out of which two have recovered and sent home and 19 are under treatment,” the provincial health department added.