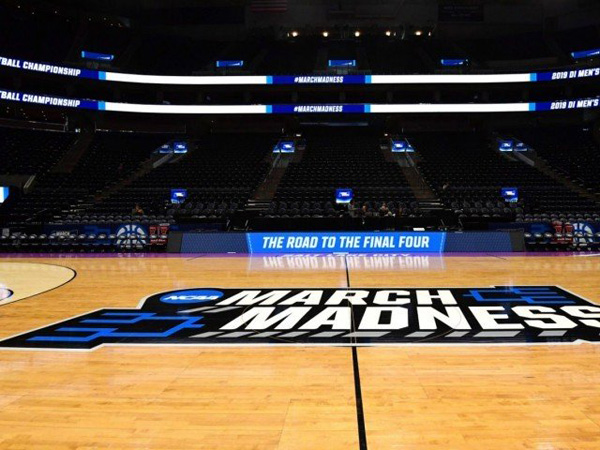 LOS ANGELES: Sport across the United States and Canada ground to a virtual standstill on Thursday with baseball, golf, soccer and hockey leagues joining basketball by declaring an immediate halt to play as fears of the coronavirus decimated the sporting landscape. A day after the NBA stunned fans by announcing an indefinite suspension of the basketball season, Major League Baseball, PGA Tour, Major League Soccer and the National Hockey League all followed suit. MLB commissioner Rob Manfred said the start of the baseball season on March 26 would be postponed by at least two weeks while Spring Training games were suspended with immediate effect as the US grappled with what Manfred described as a “national emergency.” The NHL meanwhile said it was stopping its season indefinitely, just as ice hockey heads into its crucial playoff season.

The PGA Tour has changed course after initially saying events would go ahead but without spectators. On Thursday night they announced they have canceled four events over the next three weeks including the final three rounds of this week’s Players Championship in Florida. Major League Soccer had earlier announced a 30-day halt to its competition. The US Soccer Federation also cancelled upcoming international friendlies and training camps at all levels, scrapping two US men’s games against the Netherlands and Wales later this month.

Two US women’s fixtures — against Australia in Utah on April 10 and another against Brazil in San Jose California on April 14 — were also axed. In Florida, the ATP/WTA Miami Open was called off as Miami-Dade County Mayor Carlos Gimenez declared a state of emergency over the outbreak. The hardcourt tennis tournament, one of the world’s top events outside of the Grand Slams, was scheduled to begin with qualifying on March 23 and run through April 5.

The decision followed the cancellation of the Indian Wells tournament due to start in California this week. ATP Tour chiefs in London later declared a six-week suspension of the men’s tennis calendar. In another blow for basketball, the National Collegiate Athletic Association canceled the US national men’s basketball tournament, known popularly as “March Madness”. The NCAA decision came shortly after major US college basketball conference tournaments shut down nationwide, mirroring the NBA. Other sports, meanwhile, were preparing to stage events without spectators following warnings from US health officials that large gatherings of fans posed a risk of escalating the outbreak.

The opening leg of IndyCar’s 2020 season will get under way on Sunday against a backdrop of empty viewing stands after spectators were banned by city officials in St. Petersburg, Florida. The PGA Tour cancellations run all the way up to the final tune-up event before next month’s Masters at Augusta, the opening major of the seasons. The women’s LPGA Tour meanwhile announced a series of postponements with three tournaments, including the opening major of 2020, the ANA Inspiration in California, being pushed back.

“The plan is to reschedule these events for later dates in the 2020 season,” an LPGA statement said. The swathe of cancellations, suspensions and spectator lockouts is unprecedented in the history of modern US sport, with only the shutdown following the September 11, 2001 attacks coming close to matching the present turmoil. Sports team officials said Thursday that the shutdown became inevitable after the disclosure on Wednesday that Utah Jazz basketball player Rudy Gobert had tested positive for the virus. The NBA immediately announced all play in the league had been suspended until further notice. A second Utah player, Donovan Mitchell, has also contracted the virus.