The Alchemist teaches us not to worry about failure

* In this book, the main thing that he has tried to describe is that everyone should have to try to achieve or to pursue their dream 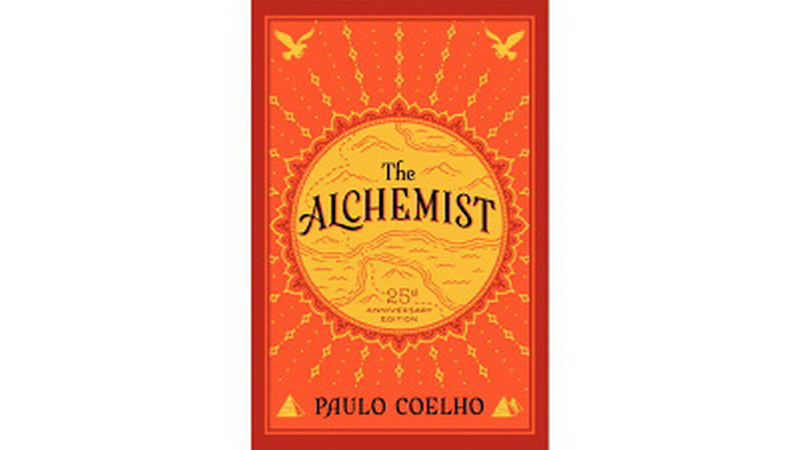 The Alchemist is written by Paulo Coelho the Brazilian author born on 24 August 1947, in Rio de Janeiro, Brazil.

He is a best writer, journalist, novelist and also a lyricist. He is best known by his Novel “The Alchemist”.

The main character in this story is a boy named Santiago. At the beginning of this story, Santiago has a dream about a hidden treasure, buried in the pyramids of Egypt; Santiago likes to travel and wants to explore any country. He tells his father to allow him to fulfil his desire. His father tells him that there are two types of people who travel, one who has lots of money and the other is the shepherd. He had no more options. And he decided to become a shepherd. His father gives some coins from his savings to let him buy the sheep. Once he is sleeping over a sycamore tree he had the same dream twice, and it let him think about pursuer his dream, then he decided to pursuers his dream, on the way he meets with amazing multiple people who give him certain gifts which help him to understand more about his purpose more about his journey. He went to a gypsy woman to interpret his dream. She said that I will help you if you swear that you will give me 1/10 of your treasure the boy was surprised and agree with the gypsy woman. But he was irritated. He didn’t need to seek out the old woman for this! He said I just waste my time over here. The old woman said I wasted my time for you in an annoyed manner.

The boy became disappoint and decided to never believe again on the dream. Once he is seating on the bench of a plaza he meets with an old king of “Salem” The Old king breaks all the confusion and hopeless of Santiago and gave him 2 precious stones Urim and Thummim said that it will help you to read omens. And said that realize our dream for whom we come in this world and when we move forward for our dream, the Entire universe helps you in achieving that and helps you go to find it, and the good omens will help you to choose the right way.

He faced very much difficulty on his way, sometimes he immensely interrupts. But he never gives up. He works one year at crystal merchants shop and earns money. Then he meets with a chemist who knows how to convert copper into gold, and English men which taught him something helpful for him to grasp his destiny. He spends more time with the alchemist, Santiago became causal with him. The alchemist taught him the language of the soul. He also meets with Fatima a woman of desert’ Santiago loves Fatima, Fatima`s love takes him away from his destiny but she taught him the meaning of Love, he taught that Love never keeps a man from pursuing his destiny. If he abandons that pursuit, it`s because it is not a true Love that speaks the language of the world.

Then finally he decided to went and find his hidden treasure into the pyramids of Egypt by conveying the message of his heart. When he was just about to went alchemist gave him a piece of gold and said that you have already lost your saving twice and if there is one that said;

And finally, he reached a pyramid and began to dig over there, the night was passing but he found nothing, but his heart tells him to dig. He heard some footsteps and suddenly some figures appeared. One of them said that what are you doing over here and what are you hidden over here, Santiago told everything about his dream and tell them that I am here to find out my treasure. One of the research his bag and found a piece of gold, they said each other that he is probably more gold hidden in the ground, they made boy to continue digging but they found nothing, then they beat the boy very badly and became injured. After that when they are going the leader said the boy that how stupid you are, you are here just for a dream! He said that two years ago I had a dream about the treasure hidden under a sycamore tree, but I didn`t go to dig it because I am not stupid to cross a gigantic desert just because of a recurrent dream! The boy laughs at himself because now he knew where exactly the treasure is. He went back and digs under the sycamore tree and found his treasure. And now he wants to go toward Fatima.

CENTRAL IDEA — do not worry about failure. Make a struggle to pursue your dream and never give up, and when a person really desires something, the whole Universe will conspire to help that person to realize his dream.

The writer can be reached at nailabachani33.3@gmail.com