A South Korean billionaire heiress in a paragliding accident crash lands on a tree in North Korea. As she tries to free herself she falls into the arms of a North Korean military officer. Sounds like a typical Bollywood’s Indo-Pak cross border love story? 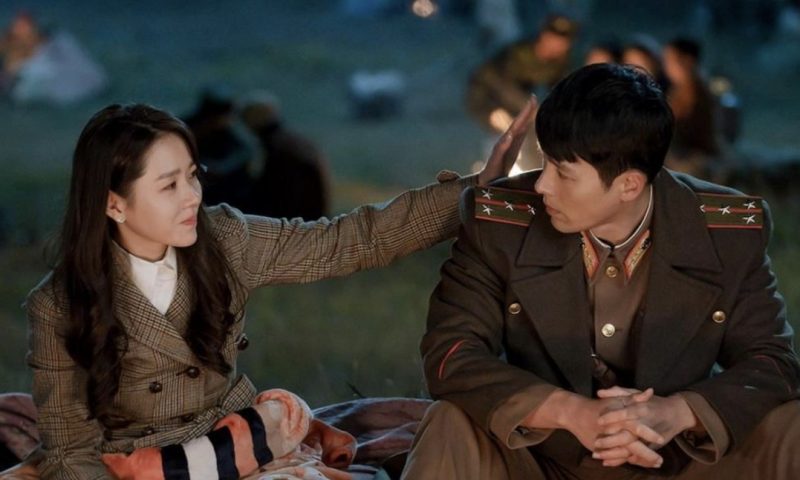 Although like Bollywood, films and dramas on the South and North divide is very popular in South Korea, Netflix’s ‘Crash Landing on You’ dealt with this clichéd theme with such humane touch that it was lapped up by audiences not only in South Korea but also across Southeast Asia.

A mixture of Bollywood movies like Heena, Veer-Zara, Bajrangi Bhaijan and Bodyguard, it created history by smashing all-time TV ratings with the final episode getting an average rating of 21.68 percent, peaking at 24.1 percent, beating the 2016 hit drama Goblin’s peak rating at 20.5 percent.

According to the scriptwriter, it has been inspired by a real-life incident when in 2008 South Korean actress Jung Yang’s boat was swept away from big waves and she almost crossed the 38th parallel – the border between North and South Korea.

However, what made Crash Landing on You a special one is that it has changed stereotypes about North Korea and the way it has been depicted in the South. The earlier movies and dramas based on this theme just showed the North in a negative light, highlighting poverty, dictatorial communist regime, human rights abuses and summary executions.

Directed by Lee Jeong-Hyo, Crash Landing on You is a soft love story, which has pleasantly surprised South Korean as for the first time they saw North Koreans as normal humorous people doing their daily chores, enjoying chicken and beer and South’s beauty products being sold in the black market. To make the drama shot in Jeju Island, Mongolia, more authentic, the crew had a writer and an actress who has defected from the North. For accuracy, the director worked on accents and slangs of the North. Portraits of North Korean founder Kim Il-sung and his son Kim Jong-Il, father of the current leader Kim Jong-un were shown in every house and streets were plastered propaganda slogans.

Since anything about the North is watched keenly in the South, many were happy to see that the people of the country, which threatens with the nuclear war against the South, were portrayed as normal peace-loving. But there were some, who found the drama being too soft of North by showing its army as peace-loving.

Rumours of romantic link-up between the main protagonists Son Ye-jin and Hyun Bin added spice to Crash Landing on You as before shooting could begin they were spotted together in shopping malls and other places.

During stay in the North Se-ri (Son Ye-jin) falls in love with Ri Jeong-hyuk (Hyun Bin) who not only hides and protects her but also finds a way to help her return to South Korea.

But the 15th episode broke the hearts of the audience when Capt Ri who had slipped into South to protect Se-rei achieves his mission as the villain is killed by the police but Capt Ri is also arrested. The episode ends with Se-ri bidding a tearful farewell to him.

With the finale scheduled for February 16, the South Koreans took to Twitter to demand a happy end and the makers did not disappoint them.

Twitter burst with joy as in the final Se-ri and Capt Ri were reunited in Switzerland and they lived happily ever after.

The happy ending may look like Bollywood but what made the rating shoot sky-high is the poignant touch about the ordinary Koreans, who have been caught in the cross-fire with their families and friends separated by the heavily fortified Demilitarized Zone.

The writer hails from Jaipur (Rajasthan) and writes for The Diplomat, The Wire, and The India Legal