The government of Pakistan is currently scrambling all in its power to see our economy through serious macroeconomic challenges. Such economic crises have become a recurrent feature of our economy. The present crisis is unfortunately a third of its kind during the last decade.

The root cause of these successive crises can be traced to our inability to earn foreign exchange at a sustainable and high rate. The inherent question has remained the same. How can our economy sell itself to the world and earn much-needed forex reserves?

Our traditional textile-heavy export mix has failed to perform this role for us. Firstly, textile exports do not command high prices in the international market as compared to more advanced export products. Secondly, competition in the international market for textile products is fierce. Due to the severe occurrence of power outages in the past, most of the global textile-based export orders that used to come to Pakistan are shifted to countries like Bangladesh and India.

On the policy front, our trade policy has also disappointed to turn Pakistan into an export powerhouse. Sound trade policy considerations are routinely trumped by concerns for revenue generation. It is a pity that our trade sector is perceived by policymakers not as an engine of economic growth but as a tool to plug revenue gaps in public accounts. This flawed approach has undoubtedly and frequently exposed the Pakistani economy to macroeconomic crises.

The recent but still fragile macro stability that our economy has achieved is based on foreign inflows that are volatile in nature. The “hot money” that has been poured into our debt market is highly speculative. It also moves fairly swiftly across countries even at a hint of any adverse development. Although our exchange rate has stabilized, if it depreciates in a manner as it did last summer, the ramifications can be very damaging for our economy. 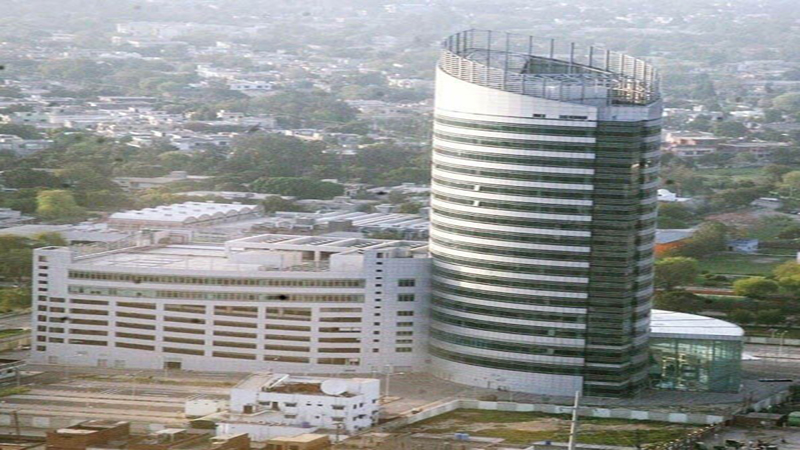 Pakistan can only be sure against such macroeconomic crisis in the future if our export earnings are reasonably high and increasing at a sustainable rate. Our country’s export mix cannot be relied upon to fetch big figures for us at the international market.

About 64% of the Pakistani population is below the age of 30. According to a UNDP report published in 2018, the median age of digital-savvy youth demographic for Pakistan is 22 years. There are about 154 million mobile phone subscribers in Pakistan. About 70 million are using 3G/4G technology with an annual growth of 5.6%. We haven’t leveraged these numbers to their full potential.

An increasing number of young Pakistanis are taking to their computers to create marketable services for both domestic and international markets. Just look at the presence of Pakistanis on YouTube. These YouTubers are actually paid by Youtube.

Similarly, freelancing is also becoming very popular with our youth. Pakistan has remained among the top five economies in freelancing consistently.

These Pakistanis are creating content and earning much needed foreign exchange for our country. The Internet is undeniably democratizing our business.

There are many attractive features of establishing an IT-based business. For example; It does not require huge capital to set up; it gives the business owner an independence to work with; our human resources are increasingly becoming technologically literate. Interestingly the on-going economic recession has also encouraged Pakistanis to get into IT-based businesses either as full-time work or as a mean to supplement their incomes.

Pakistan has the potential to earn billions of dollars at the international market by exporting IT-based services. According to recent data, Pakistan’s IT exports are $1.06 billion in FY 17-18 with a year-on-year growth of 30% during the last five years.

If we incentivize this sector, Pakistani IT sector can overtake textile’s dominance in our export mix within the next 20 years. Our macroeconomic crises will become a distant memory once we achieve this feat.

One way to encourage the IT sector is by promoting localization of the IT industry by creating small IT-based business centers. Localization has the advantage of reducing costs through economies of scale. One such initiative is Marina IT tower which is currently under construction in collaboration with Metallurgical Corporation of China (MCC). Marina IT is expected to be Islamabad’s first IT-based business hub. This business complex is dedicated only to IT-based businesses both Pakistani and Chinese.

Benefits of having IT-based companies at one place along with Chinese companies will allow technology transfer as well. The government should reduce taxes on private investment in IT hubs and ensure ease of doing business by removing archaic building laws.

Pakistani policymakers are facing a policy trade-off. Either they want to increase tax rates now to plug FBR revenue shortfalls and rob the economy of much needed foreign earnings in the future or they can reduce tax rate and ensure a sustained growth trajectory!

The writer is associated with the financial market of Pakistan