Educational institutions in Sindh closed until March 13 to ‘contain coronavirus’ 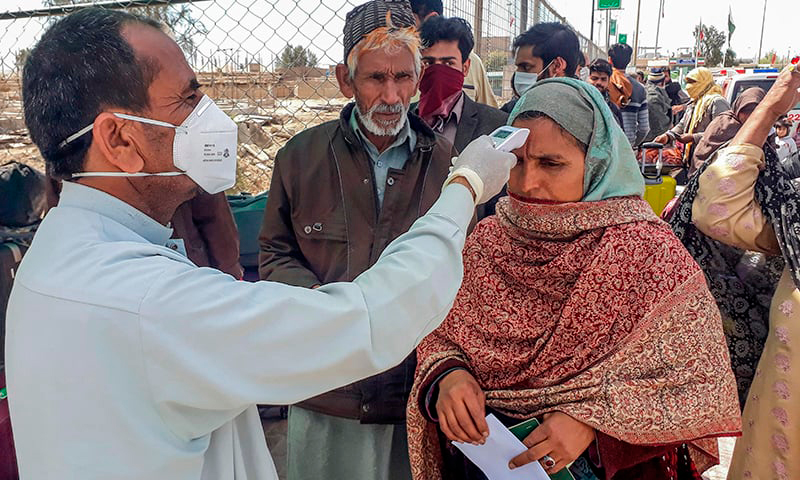 The Sindh government on Sunday decided to keep all educational institutions in the province closed until March 13 in view of the threat posed by the novel coronavirus.

The decision was made by Sindh Chief Minister Syed Murad Ali Shah, who was heading the fourth meeting of the committee formed to review the situation in the wake of the first case of the virus reported in Karachi on February 26, according to information released by Shah’s office.

During the meeting, the chief minister was informed that 738 passengers had arrived in Karachi from Iran till now, while 13,098 had arrived at Taftan.

The meeting decided to keep all educational institutions closed till March 13 as this would give the authorities time to ascertain how many of the people returning from Iran had met their children and relatives.

Keeping this in mind, Shah after consultation with the committee members directed the secretaries for education, colleges, and universities and boards to issue notifications for the closure of educational institutions till the said date.

The meeting justified that till that time, the recommended isolation period of 14 days would also be over and the authorities would also be able to screen the passengers returning from Iran as well as any relatives they may have come into contact with.

The committee was informed that six suspects belonging to Khairpur, Jacobabad, Tando Jam and Karachi South were being kept in quarantine and their samples were sent for testing.

The result of one of the six samples was received, which was negative, while results of the remaining five samples were awaited.

CM Shah during the meeting directed all agencies, including the Federal Investigation Agency and the Health Department, to maintain close coordination with the officers working at Taftan border so that they keep sharing day-to-day data of passengers arriving there. According to the a handout, the meeting was told that airport authorities have started enforcing all effective screening measures so that no active virus case could enter Karachi. Shah also directed the Karachi commissioner to visit the Karachi airport randomly. The chief minister in his message to the people of Sindh said that there was no need for them to worry. “The measures we are taking, such as closing of educational institutions, tracking the passengers and coordinating with the families of the pilgrims, are purely for the safety of our people,” he said, urging residents to cooperate with the government. Last week, when Pakistan confirmed its first two cases of coronavirus, the Sindh government had decided to close educational institutions in the province for two days on Thursday and Friday (Feb 27 and Feb 28).

The Sindh administration had on Saturday asked families who have recently visited Iran not to send their children to schools for 14 days. Meanwhile, the World Health Organisation (WHO) on Sunday expressed confidence in the way the Pakistani government is treating the coronavirus patients as per standardised clinical protocols. The health agency also announced that it is stepping up provision of immediate support to the government so that preparedness and response measures are in place to handle the situation as it develops.

“I am impressed by the swift and diligent way the government has handled the crisis so far, and WHO is committed to support them every step of the way,” said representative of the WHO in Pakistan, Dr Palitha Mahipala.

Meanwhile, the Taftan border between Pakistan and Iran remains closed for eight day after a temporary opening.

Another 510 pilgrims have been sent to Pakistan House for proper medical checkup. The authorities told that camps, quilts, masks and food are being provided to the pilgrims.

Let it be known that Pakistan had on Friday temporarily reopened the Taftan border allowing its stranded pilgrims to cross into Pakistan after strict screening. The spokesperson for the Balochistan government, Liaquat Shahwani, had confirmed that 350 pilgrims reached Taftan after being permitted to enter from the Pakistan-Iran border. They were shifted to the border by the Iranian authorities after their visas expired. Afghanistan and Pakistan share long, porous borders with Iran. Millions of Afghan refugees currently live in the Islamic Republic — raising fears that the virus could easily spread over the border.

Pakistan — bordered by China to the north and Iran to the south — also suffers the additional burden of having a lacklustre healthcare system following decades of under-investment by the state, leaving impoverished, rural communities especially vulnerable. Balochistan in particular is woefully unprepared to handle a public health emergency after being beset for decades by a separatist insurgency, jihadist violence, and neglect from the central government. Now, a passenger from Iran could enter in Pakistan only after prior screening and monitoring of coronavirus within Iran under an understanding between the two countries, sources said on Sunday. Pakistan has decided to enforce a mechanism in coordination with Iran amid coronavirus fears, which is already being implemented for movement between Pakistan and China. Under the mechanism, the entry of passengers in Pakistan from Iran will be conditioned with their prior screening test and completing a monitoring period of two weeks, according to sources. The health officials of Iran will conduct screening of each passenger before their crossing the border. The people will be allowed entry in Pakistan after they will be declared clear of the virus after screening and monitoring for two weeks, sources added.