Indo-Pak Relations in the Post-Truth Era

Ralph Keyes in his book “The Post-Truth Era: Dishonesty and Deception in Contemporary Life” said, “This is the era of post-truth in which the borders between the truth and lie are too vague.” 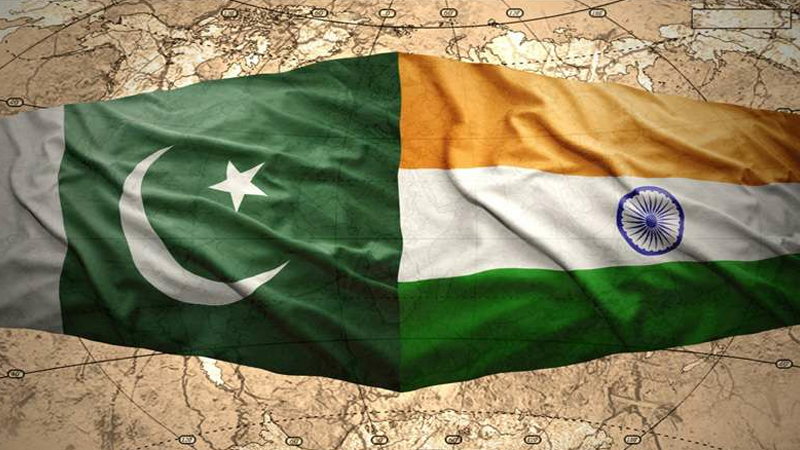 He said, “In the present, people have truth, lies and statements alike which they are too generous to consider as false.”

The same goes for nation-states, which take the benefits of the post-truth era and manipulate the truth accordingly to use it against their rivals. Based on these developments, false propaganda has been launched by states against each other against the background of being either good friends or foes.

In 2019, a European-based non-governmental organisation, EU DisinfoLab, revealed that an Indian sponsored network of 265 counterfeit local news channels across 65 countries had been set up to disseminate an anti- Pakistan narrative. Several online sites masking as international news portals and magazines have been involved in the propaganda that is directly linked with the Indian state. The website, EP Today, for instance, was investigated by the EU DisinfoLab Lab, which claimed to be an online magazine for the European Parliament in Brussels. Later on, it was revealed that this particular website was involved in simply republishing news copied from genuine portals, such as Voice of America and Russia Today, to lend credence to the otherwise false news it was publishing regularly against Pakistan. Initially, Russian sources were suspected for the interference but the servers traced were originally being operated by the Indian-based Srivastava Group.

Similarly, many of these fake websites use names of defunct newspapers to provide a veneer of credibility. Such fake online sites are named as zombie sites because the names of dead media outlets were resurrected. One of the sites is called the Manchester Times. Its information segment utilises content duplicated from a Wikipedia passage about a paper with a similar name. But it omits the section in which it was written, “The newspaper’s last issue appeared on 22 July 1922”.

By utilising and misdirecting duplicate syndicated content from news agencies, such websites present themselves as genuine news destinations. However, they primarily focus on doling out anti-Pakistan stories and opinion pieces from employees of NGOs linked to the network to serve India’s lobbying interests. It seems that India, taking a page from the infamous Joseph Goebbels, has based their activities around the idea: “The bigger the lie, the better the results.”

This, in itself, belies a better understanding of Indian intentions.

This was evident in the 2019 Pulwama attack, where India had tried its best to play its cards against Pakistan. False propaganda was carried out by the Indian government and media to mislead its people and the international community to fulfill its domestic political gains. Former GOC of the Indian army’s Northern Command Gen. D.S. Hooda stated that, “It is not possible to bring such massive amounts of explosives by infiltrating the border.”

Offering a genuinely plausible explanation, he claimed that the material may have been taken from stockpiles of explosives being used to blast a mountainside to broaden the highway to Jammu, the same road where the attack occurred. Later on, after facing considerable pressure, the general had to renege his statement and explicitly state that he was not denying that the explosives had come from Pakistan but that it would be very tough to smuggle in the material. These contradictory statements considerably damaged the credibility of the Indian state and military both regionally and internationally.

Similarly, after Pulwama, the Balakot airstrike was carried out by the Indian air force in which highly publicised claims were made that India had targeted a terrorist camp inside Pakistan. However, based on internationally verified reports, no such damage was reported on the targeted infrastructure. These include analyses from various open-source satellite imagery by the Atlantic Council’s Digital Forensics Laboratory San Francisco-based Planet Labs, European Space Imaging, and the Australian Strategic Policy Institute. All had determined that India did not hit any targets of significance on the Jaba hilltop site in the vicinity of Balakot. James Martin Centre for Nonproliferation’ Senior Research Associates, Lewis, and Dave Schmerler, who also analysed the satellite images, said that if weapons would have been used, the damage to the structures would have been visible in the pictures. This represents one of the most recent and visible instances where state-sponsored propaganda, which was directly linked to military action, was brought into question at an international level.

Pakistan proficiently dealt with the Indian propaganda against it, which was aiming to achieve the electoral objective, by using soft power to counter the Indian narrative. India tries its best to fully utilise the tactics of the post-truth era as well as propaganda theorems of the likes of Joseph Goebbels. But as has been the case, these attempts, in the case of Pulwama, were nullified on technical and diplomatic grounds. The concerned incident depicts the growing reliance on fake news and propaganda means in the realm of hybrid warfare to propel inter-state rivalry, which would likely to be intensified in the near future.