Globalisation has brought trade and travelling at the doorstep. The literal truth is it has also swiftly provoked the vulnerability of contagious diseases. More broadly, health problems are similar in both developing countries and high-income nations. To grip nasty shocks of infectious diseases, developed countries rely on strong financial resources, enough technical expertise, innovative health systems, early disease warning system, countrywide strong surveillance systems and health information management. Conversely, developing countries lack such health facilities to curb disease threats. An upsurge of new cases of novel Coronavirus disease (COVID-2019) has added a new layer of uncertainty and a strong jolt of fears. As the outbreak of novel Coronavirus making headlines, the WHO has also swung into action; calling firm support to curb the virus. Moreover, the WHO declared the COVID-2019 outbreak as an international health emergency not because of the ill response of China but due to the strained, fragile and imploded chocked health systems of developing countries, where the disease may spread faster if not properly contained. 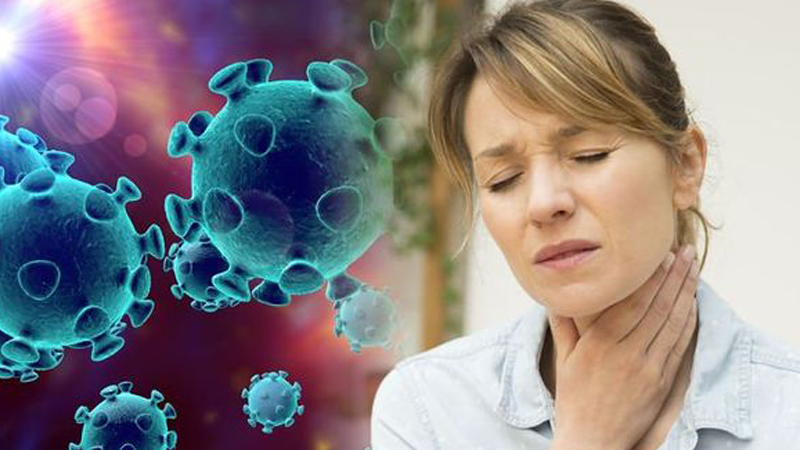 The incurable virus has sickened thousands of people across China, and death tally has surpassed the previous SARS outbreak. China’s greater political commitment to curtail the outbreak is praiseworthy. Bolstering steps in early response and implementing a couple of stringent measures include ring-fenced 51 million people in Wuhan and the adjacent peripheries under quarantine. Being aware of the social issues, mental health problem, transportation, economic concerns and importantly stopping people from the reunion on the eve of Chinese New Year, highlights China’s unprecedented response.

Due to the spillover, wild animal trade has been quashed albeit of knowing governance issues in Guangdong and Fujian province as they have a higher intake of bushmeat. A national-level emergency and countrywide biosafety measures were tightened and swung into action to grip the virus. To deal with patients’ burden, successively, a 1,000-beds makeshift hospital in Huoshenshan Mountain and 1500-beds second makeshift hospital in Leishenshan were completed in a short time. To curb the spiralling outbreak with more robust measurements, 1,000 army medical experts were deployed to virus epicentre, Wuhan City. At present, research scientists of prestigious institutes are frantically working on vaccine development and have successfully isolated the virus seed; hoping an effective vaccine will soon come into people’s lives. The Chinese government has mobilised resources and injected 66.74 billion RMB (US$9.58 billion) into basic research to screen anti-viral drugs and develop a vaccine against deadly pathogens. To cap at all, the government has triggered all-out efforts to avert further spread of infection.

It is too early and still, too little information is available about the novel Coronavirus. Indeed, viral nature is novel. Knowledge about the peculiar behaviour of the virus is evolving quickly. However, lurking key unresolved scientific questions are there and need to be addressed properly. Early in January, the WHO announced a cluster of cases of pneumonia of unknown aetiology, in which prodromal symptoms were fever, malaise, dry cough, sore throat, dyspnoea and diarrhoea, were detected in Wuhan City, Hubei Province of China. To identify the etiological agent of the outbreak, public health officials rushed to trace the sources of the outbreak. An environmental assessment was conducted at the wholesale seafood market where the initial spillover was taken place. Third Generation Sequencing (TGS) was used under epidemiological investigation. A novel Coronavirus, closely similar to the Severe Acute Respiratory Syndrome-related Coronavirus (SARS-CoV) was found to be the cause of the deadly outbreak. This whole process of the pathogen uncovering took less than three days, which is much faster than the previous SARS outbreak of 2003, which took one month in pathogen identification. Moreover, it was found that cross-species transmission is possible because viral surface glycoprotein has close homology recombination with the genome of a snake and a bat. Very recently, Pangolin was identified as a potential secondary reservoir. However, the source of reservoir identification yet needs to be confirmed. Initially, it was felt that a spillover took place and the infection was disseminated into the local and viral virulency was weaker and limited. However, later, human-to-human transmission raised concerns.

Past outbreaks of infectious diseases have added much experience to Chinese experts. Despite 80 per cent close homology with previous pathogens of SARS and MERS, this virus has a peculiar behaviour. Still, there is a limited understanding of the viral epidemiology. Back in 2003, contagious illnesses that infected patients with a normal body temperature did not transmit the disease. However, this rule doesn’t work in the case of the novel Coronavirus. COVID-2019 transmits during its incubation period. Till now, it hasn’t been clear how the virus maintains both of its incubation period and transmission phenomena.

The incurable virus has sickened thousands of people across China, and death tally has surpassed the previous SARS outbreak

In a previous outbreak of the SARS, there was a severe symptom of the infection, but the transmission route was clearer. Thus, it was easier to avert viral transmissions. Compared to the SARS infection, COVID-2019 led to less severe condition. As of today, the fatality rate is observed to be 2.2 per cent, but its transmission mode is more complicated.

Another misbehaviour of novel Coronavirus is its striking mutation, found within one family cluster. This phenomenon needs more attention and there is a need to collect sufficient clinical data for further follow-up. Based on this situation, the transmission of infection will be much faster in developing countries, including Pakistan, where population density is 287 people per square kilometre. The joint family system will worsen the situation. Moreover, there is a need to understand the higher rate of nosocomial transmission as reported in different hospitals. Alongside, a bunch of questions like how innate immune sense this virus by both innate and adaptive immunity enigmatic; mother to offspring vertical transmission; faecal-oral transmission; vaccine immune pathology and antiviral drug development need to be explored in detail. It may take more time to answer these questions and may need successive efforts. It is more important to quell a pack of lies. We shouldn’t opt for trolls and conspiracy theories; avoid spreading misinformation, which may hinder and undermine viral response and articulate efforts against the deadly infection. The borderless concept of the disease has spread the view that in the meantime, the overarching principle is to ramp up disease control and prevention measures and strengthen scientific research approaches to the incurable virus.

The writer is a CAS-TWAS & FDDI research fellow. He was a visiting research scientist at the Chinese Center for Diseases and Control (CDC), Beijing, China. He can be reached at fawadmhd@mails.ucas.edu.cn.