Being a colony firstly to the Emperor and then to the Queen, the Malays were a nation that was not disciplined, prospective, motivated and organised. A traditionally manual agriculture-based economy with complex ethnic divides, the Malay people were thought as of low mental resolve and ones who were not fit for managing state and trade affairs. The reliance on the West was phenomenal and the nation was immersed in utmost consumerism. There were thus two issues that Mahathir Mohamad picked up at, firstly, to remodel the economy, and secondly, to remodel the Malay people. We should start our journey in 2020 how the Malay people started in 1982: economy remodelling and peoples remodelling.

In remodelling the economy, the Malaysian Look East Policy, kicking off in 1982, was aimed at constructing the response mechanism in switching from an agri-based economy into manufacturing based one. That came in with strings of a multipronged approach, such as transfer of technology from Japan, Japan relocating its companies and production zones and establishing them in Malaysia, joint Malay-Japanese enterprises, inflow of Japanese Foreign Direct Investment, and rapid industrialisation. On the Japanese side, the profits were accumulated in terms of heavy investment returns, availability of cheap labour and raw materials and the accelerated Yen appreciation. The Japanese manufacturing companies skyrocketed from 477 in the 1980s to a phenomenal 1,346 companies in the 1990s. 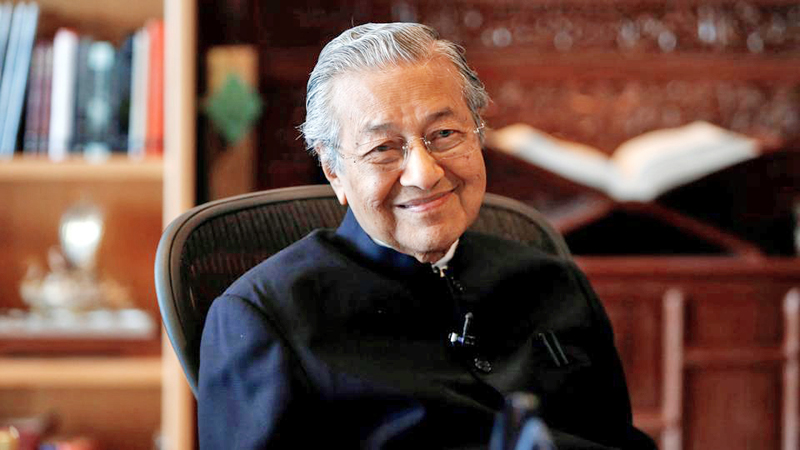 Malay-Japanese economic affair resulted in turning the agriculture-based economy into manufacturing-based economy, making the former one of the 1993 World Bank’s East Asian Miracles, and at the dawn of year 2000, crediting Malaysia with the status of the Newly Industrialised Country. All these good things happened in mere eighteen years. The Malaysian Look East policy, beside the strategic gains, had many returns in joint profit restitution and proactive cultural exchange, which struck the Malays-Japanese business links into thick blood relations. The policy mapped the strategic ends sprawled around Malaysia back in the 1980s and established the prospective check on the rise of other Asian economic giants, wholly protecting the Malaysian geo-econometrics.

In the people remodelling phase, the Malaysian Look East Policy greatly attempted to inculcate Malaysian people with a new socio-ethical value system. The Theory of Shame expounded by Mahathir was used as an instrument to create motivation, determination and discipline in the Malay people. They needed reasons to work hard, and those reasons were explained in the former theory. The joint ventures allowed the Malay people to emulate the disciplined nature of the Japanese, coupled with the imitations of Japanese cooperative culture. Malay students studied in Japanese universities, which increased cultural assimilations and adoption of Japanese value systems. That was a critical objective enfolded in the Look East Policy though some religious radicals affected it sharply.

In remodelling the economy, the Malaysian Look East Policy, kicking off in 1982, was aimed at constructing the response mechanism in switching from an agri-based economy into manufacturing based one

Japanese experts and teachers were brought to Malaysia to educate the Malays; that provided a discontinued home-based knowledge expansion opportunity. Through that, the Look East Policy attracted socio-cultural change and in raising a new value system in Malays, which was based on hard work, motivation, discipline, and cooperation. The Malaysian Look East Policy was not a trade treaty; it was a nation building testament.

The Malaysian Look East Policy contains many lessons for us regarding the “Sino-Pak Look East Policy.” On the transfer of technology apparatus not much is done between the two countries; the Saindek Metals Limited is one such example where even today the reliance on the Chinese side is phenomenal. The establishment of joint Sino-Pak enterprises should be accelerated, and Chinese relocation of companies, firms and production zones should be fast pitched, while giving impeccable socio-economic cover to Pakistanis against business exploitative ends. At the same time, the Look East Policy should also take into consideration the comparative economy sizes of the two countries where callousness could be of serious sectoral disadvantages for Pakistan. The Chinese economy is still packed in Iron Curtain and is yet to open to experience the jolts and threats of free economy. The economic transactions and deals, if carried out in local currency rather than in US dollars, will help both the sides positively.

The strategic aspect of Sino-Pak Look East Policy would be instrumental and more serious one than the Malay example. It would limit the Indian presence and increasing influence in the region, both strategically and economically. The joint strategic deals would help a great deal in protecting the economic operations as these would require a strategic security cover. The Look East Policy should take an enveloping cognizance of the other region geo-economic initiatives such as the Shanghai Cooperation Organisation, CEPEC and the Belt and Road Initiative.

The people remodelling episode would be an important segment of the policy. At present the exchange programmes between the two countries are industry issues oriented. The exchanges are informal and come without any pronounced impact in the long run, which needs to be completely put on the Malaysian model. For that purpose, a thorough and well-planned exchange programme should be formed involving an exchange of experts from both sides and especially students sent out from Pakistan in distinct professional fields. This aspect has to fall in sync with the sectoral and structural problems in the Pakistani development paradigm.

The prospects for the success of Pakistan’s Look East Policy are more promising than the Malaysian example in the wake of the One Belt and One Road Initiative, CEPEC and the Shanghai Cooperation Organisation. It is highly required in counter checking the ambitious Indian Act East policy. It is imperative to quickly transform the higher than Himalayan friendship into deeper than Indian Ocean economic ties. Friendship is good but trade-ship is better.