CPEC to change destiny of the country: Alvi 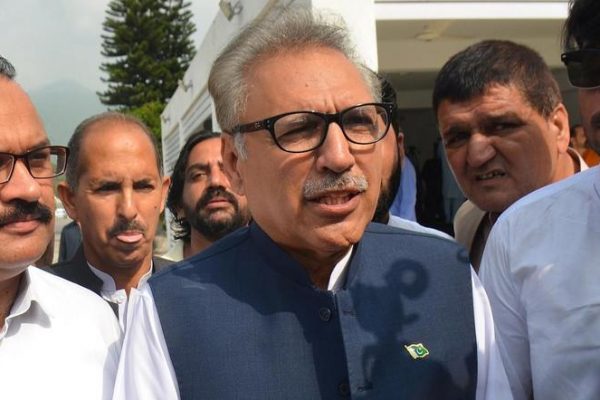 Speaking at the inaugural ceremony of historic Sibi Mela 2020, the president said the construction of Gwadar deep seaport, airport, oil refinery, important corridors and economic zones will provide job opportunities to the people of Balochistan, which will end poverty and bring prosperity to them. He said that Gwadar will emerge as a new highly developed region on the world map.

The president said Balochistan is the area most affected in the war against terrorism where the local people suffered a lot, adding the federal government is paying special attention to the construction and development of the province to end the sense of deprivation among the local people. He said security forces of the country have valiantly fought the war against militancy and terrorism and brought peace to the motherland. He said the terrorists will never not succeed in their nefarious designs. The president said promotion of agriculture and livestock is need of the hour and the present government is fully concentrating on it as these two sectors are a big source of employment for the local people. Balochistan is very important in terms of coastal areas and measures are being taken to promote foreign investment in the fishing sector, he said, and added that approximately 300 million dollar worth of fish products were exported last year while 500 million dollar fish has been exported in current year so far which is a positive sign for the country. The president said the people of Balochistan faced water shortage issue last year and the federal government is constructing dams in the province to tackle shortage of water. He said the festival of Sibi has a history and honor as founder of Pakistan Qauid-e-Azam had participated in it as a special guest. He said it is an hounour for him to inaugurate the historic festival. Addressing the ceremony, Balochistan Chief Minister Mir Jam Kamal Khan thanked the president for visiting the province to participate in Sibi Festival, saying that livestock and agriculture departments have played key roles in economic development of Balochistan. “Both sectors always have a special representation in this historic festival,” he said, adding that a large number of people from agriculture and livestock sectors from all over the country attended the festival and such traditional festivals are important to enhance liaison among people at all levels.