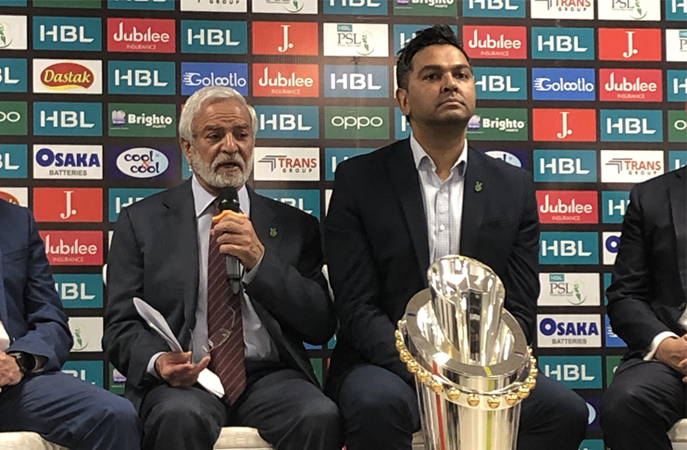 KARACHI: The HBL Pakistan Super League (PSL) 2020 trophy was unveiled at the National Stadium in Karachi here on Wednesday, in what was the first-ever trophy unveiling ceremony for the tournament on Pakistani soil. Squash icon Jahangir Khan brought the glittering trophy to the stadium before unveiling it alongside Pakistan Cricket Board chairman Ehsan Mani and other officials. Captains of the PSL franchises and their owners were also present on the occasion. The trophy has been designed by UK-based based Ottewill Silversmiths. It has a crescent and star representing Pakistan and multi-coloured strips of enamel representing the vibrant culture of the country. It is 65 centimetres long and weighs eight kilogrammes. The trophy will be used in all future events of the PSL and the names of every year’s winning team will be engraved on it.

The fifth edition of the PSL will be played from Feb 20 to March 22 in four cities — Karachi, Lahore, Rawalpindi and Multan. PCB chairman Mani, while addressing media, after the ceremony said the promise made by the board to the country was today being fulfilled with the entire PSL being staged in Pakistan. He thanked Jahangir for unveiling the trophy, saying the spirit of cricket mandates that “excellence should be recognised.” Mani added the willingness of overseas stars to sign up illustrated how security had improved in a country where the army had fought a militant insurgency for years. “So many players touring Pakistan shows the confidence they have in playing in Pakistan,” said Mani, who took over last year with the aim of bringing cricket home.

He said the ongoing year was one of the heaviest seasons in Pakistan cricket’s history, with a total of 190 matches having been played. “Although the PCB itself was going through a transitional stage, its focus is simply to make the board a professional and highly efficient organisation working completely transparently.” He said the interest surrounding PSL 2020 had been incredible” around the world, with more than 450 players registering to be considered for the event. “Although only 36 were chosen by the six franchises, it reflects the confidence of the foreign teams to come and play in Pakistan.”

Mani sought to reassure people who he said complain about the “inconvenience” and “expenses” of the league, saying these were short-term issues. He said in the long term the tournament would send a message to the world that Pakistan was safe to play. “The PSL also promotes domestic tourism, with thousands of visitors supporting the local economies of the cities where the matches are held.” Terming PSL Pakistan’s “largest cricketing event”, Mani revealed that the PCB plans to bid to host International Cricket Council (ICC) events between 2023 and 2031. “We want to show the ICC and all the countries that Pakistan has the capability and depth to hold ICC events,” he said, adding that the PCB will bid “aggressively” for the said events. He also announced that the PCB hopes to hold PSL matches in Peshawar as well next year, if the Khyber Pakhtunkhwa completes the stadium being built for the purpose. 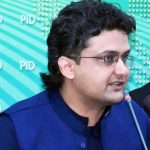 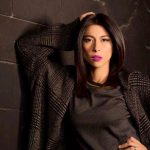 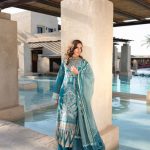 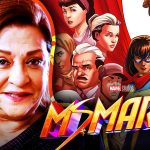 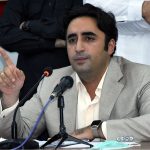 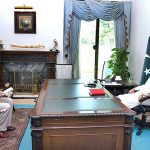 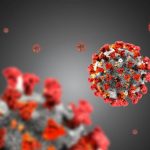 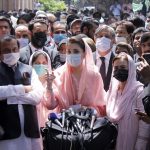 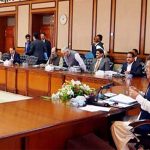 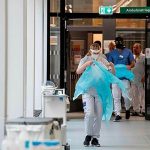