During her visit to the United Arab Emirates to take part in the Global Women’s Forum, Ivanka Trump posted photos of herself visiting the Sheikh Zayed Grand Mosque in Abu Dhabi while wearing a headscarf, which prompted strong backlash across online platforms. 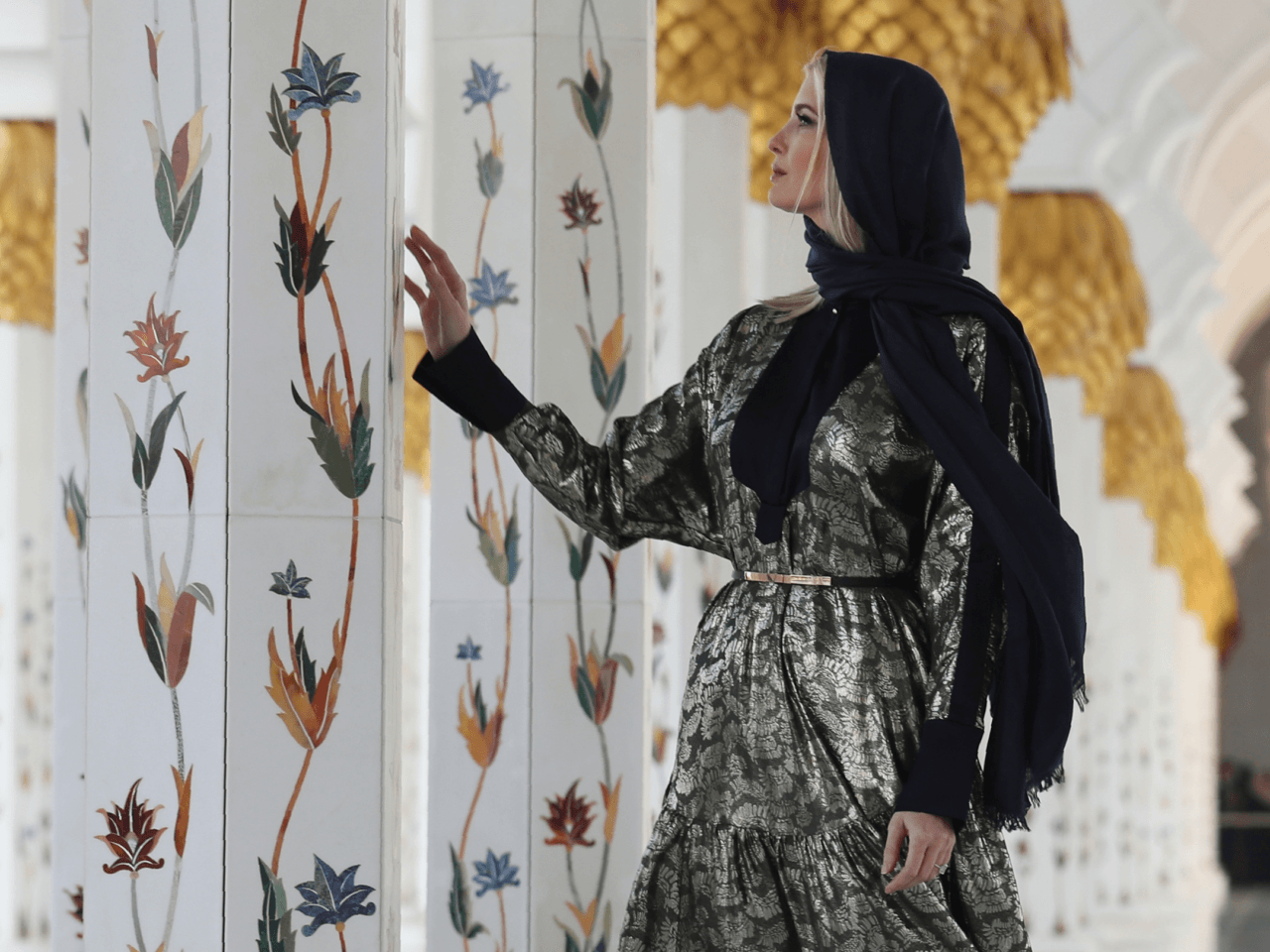 Photos posted by Ivanka Trump wearing a headscarf while visiting the UAE’s largest mosque seemed to anger many people online who accused her of fake-supporting Muslim women, saying that her wearing the headscarf seems to ignore many Muslim women who are forced to wear it either by law or social traditions.

When you travel the world promoting gender equality–but you and the other chicks cover your head and remove your shoes– while the men… well… https://t.co/B7Tzht1srf

If she’s going to persist in this performative shit, could someone get her some acting lessons? Can I nominate this for next year’s Razzies? https://t.co/Bi9jeeVjM8

Ivanka Trump was also attacked by Americans who argued that her wearing a headscarf is an attempt to please Muslim leaders and to appeal to Muslim audiences when “she is only supposed to support American women.”

How sad Ivanka wears the hijab and gives up her freedom to kiss thier a$$, she is a Globalist as I see it. I don’t trust her & her evil husband. They will be the fall of America as we know it Globali$t sucks, she should be concerned only American Women First. https://t.co/4l7GbWzLhP