Remembering the contributions of Muhammad Zubair Ahmad towards Punjabi poetry

* Owing to his interest in Punjabi language and literature, Zubair Ahmad was visiting faculty in association with Professor Anne Murphy at the Department of South Asian Studies 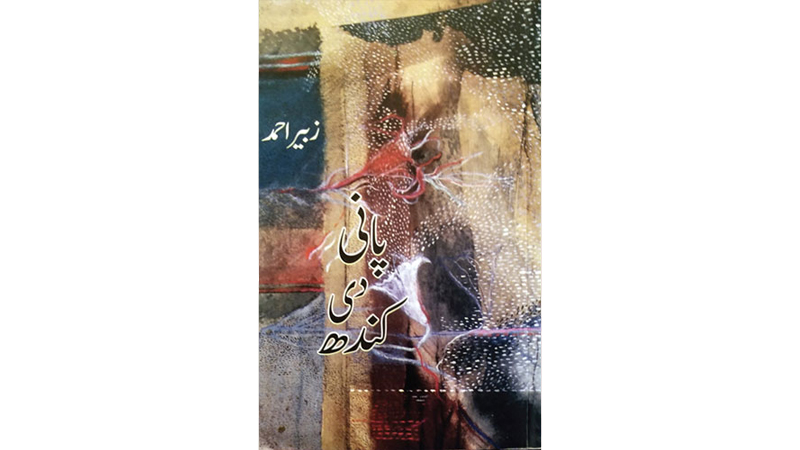 Muhammad Zubair Ahmed is a fine Punjabi poet cum writer. I do not see the difference as to why he kept his pen name as Zubair Ahmad. Both names have the same connotations. He was born in Lahore on June 30, 1958. He is surprisingly a teacher of English but writes prolific Punjabi poetry and prose. Writing in Punjabi seems to be his passion. His last position was Associate Professor at Islamia College, Railway Road, Lahore. Unique quality that Zubair Ahmad possesses is that he can write both in Shahmukhi and Gurmukhi scripts. He is a highly educated person with Masters in English Language and Literature and Post Graduate Diploma in ELT from Punjab University in 1984 and 1992 respectively. From 1987 to 2018 he served as Faculty member in the English Department at Islamia College Railway Road, Lahore. Teaching therefore is Zubair Ahmad’s vocation.

Owing to his interest in Punjabi language and literature, Muhammad Zubair Ahmed was visiting faculty in association with Professor Anne Murphy at the Department of South Asian Studies, University of British Columbia, Vancouver, Canada in October 2014. It was in Canada that he was conferred upon with the prestigious Dhahan International Punjabi Literature Prize for Short Stories, This award is considered Booker Prize equivalent of Punjabi language and Literature. The award was launched by Barj S. Dhahan, a Canada-based businessman who was born in Punjab but moved to Canada in 1967. The prize was awarded by his organization, Canada India Education Society (CIES) in partnership with the University of British Columbia. Originally the prize was launched in Lahore in November 2013 and is being given to Punjabi books written in two scripts, Shahmukhi and Gurmukhi. Short story writer, poet and academic Zubair Ahmad’s book ‘Kabootar, Banairay Tey Galian’ remained a runner-up in Dhahan International Literature Punjabi Prize worth 5000/- Canadian dollars. Announcing the prize, the jury said, “An important theme of Zubair’s stories is time; how it changes or transforms things, making the alive dead and the dead alive. But being a fiction writer, he does not conceive of time in abstraction. Rather we see time in terms of its effects, the pervasive marks it leaves on all aspects of life, both individual and collective”. Recently another session by Dhahan International Prize for Punjabi Literature was held in Faletti’s Hotel, Lahore on February 11, 2020. Zubair Ahmad is also the recipient of first Masud Khaddarposh Award for Best Book of Punjabi Fiction written in the year 2013.

KABUTAR, BANEREY TEI GALIAN — Zubair’s short stories book ‘Kabootar, Banairey Tey Galian’ first came in Gurmukhi in India in 2008 and then in Shahmukhi in Lahore this year. In my Book Review published on September 30, 2014 in the Daily Times, Lahore I had observed ‘The foreword to Zubair Ahmad’s latest short story book Kabutar, Banerey Tei Galian is written by Mahmud Awan from Dublin, Ireland. It is titled Vailey Di Taaki Vich Jagdi Kahani. Mahmud Awan observes that thought contents of his first book culminate in his second book. He says “Ais Kitaab Diyan Kahanian Sirf Ik Lokaai Tei Rehtal Diyan Kahaniyan Nahi … Aei Dais Dais Wasde Punjabian Da Chit Tei Rooh Nei” (all the stories in the book are not related to just one society. They relate to the Punjabis settled in various parts of the world). They start from Gurdaspur to Krishen Nagar and reach Boston and Dublin (page 10)’. As a prologue to Zubair Ahmad’s book ‘Pani Di Kundh’ (Wall of Water) (2019) written by Mahmud Awan and dedicated to Saeed Begum writes a poem ‘Piraan Aala Bagh’ (Saintly garden) on Zubair Ahmad’s nostalgia of his migration from Piran Aala Bagh to Krishen Nagar, Lahore. The concluding lines are ‘Mainde Thakke Hoye Saanwaan Vich Sutiye Maaei/Allah Beli/Piraan Aale Bagh Da O Vaira/Jehra Aithe Aan Kei Kadde Vi Nahi Waseia’ (O my mother who is sleeping in my tired breath, the courtyard of my Piran Garden could not find a replacement here). By here, he means his abode in Krishen Nagar, Lahore.

The first story ‘Murda Tari’ relates to an immigrant’s dilemma that desired to go to America but accidentally landed in Rome, Italy and ended up in staying there for one and a half years. Abroad he always dreamt of his old house that used to be full of life back home. It is like dusk which is a blue sky that turns into polluted colours as the time passes but it is only the memories that turn dreams into grey evenings. Seeking new commitments and relationships was natural in the West (as these were of temporary nature) but it made the writer, lonelier. Themes of those living aboard or those who have spent longer time of their lives abroad therefore are almost the same; nostalgia, desire to return, missing their kith and kin, love for their homes, cities and countries of origin except that their expressions whether in poetry or in prose are varied in nature. Such themes of the sensitive souls though hackneyed shall persist as long as some of us chose to remain immigrants.

The second story ‘Sawa Tota Chunj Daryawe Bohr Gaya’ relates to duties of school staff in a pooling booth during elections in a far flung village that are forced to share their abode with Army Jawans on a cold day. During this sojourn, the writer makes friends with a Jawan narrating him story of his failed love. The story ‘Bajwa Hun Gal Nahi Karda’ (Bajwa doesn’t speak to me anymore) relates to the story of two friends who meet and separate in the humbug of the city of Lahore.

While reading Zubair’s stories one notices that the vocabulary of his prose is not easy to comprehend but the essence is somehow caught. A story is knitted by Zubair titled the same as the title of the book. It is about a woman Gamme who spent her life in Masi Aishan’s house in a room located on the top of the house in Krishen Nagar. She would feed the pigeons and save them from the cats while living in Barsaati on roof top. Once she was married but she soon returned to Masi and lived there till her death. Such were the loyalties of that time. The writer after his return to Krishen Nagar was looking for Masi Aishan’s house and found out that Masi was under litigation about her house which was in dilapidated condition. Before she could win the litigation, she joined the Almighty. Gamme had found another Masi Aishan for rest of her time she lived! Awan observes that writing on women emancipation, their plight is a very cumbersome task for a writer on male gender.

Zubair has dedicated his book ‘Meenh Buhe Tei Barian’ (Rain, doors and windows) to Krishen Nagar (now Islampura). The first story is titled ‘Sweater’ in which his mother kept on knitting a sweater for narrator’s (her son) father but unfortunately he expired before he had a chance to wear it. The climax is very interesting when a poor lady came for help to his mother. His mother gave her some old clothes and her husband’s sweater which was not new anymore. Her son objected that proper things should be given in palms. But the visiting lady grabbed the sweater on the plea that it would be worn under the shirt. 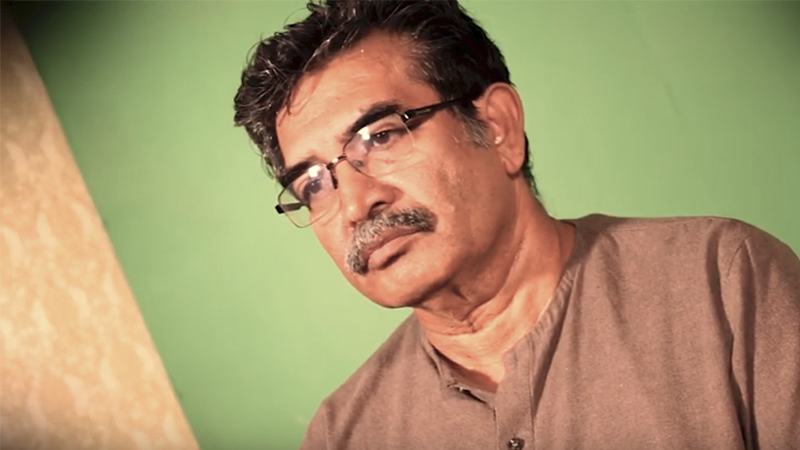 The institution of ‘Maasi’ is very common in our households, at least in the traditional types. These ladies do lot of work. They pass on messages, arrange marriages and have control on the household. In the second story ‘Sehaan Asyaan’ (recognize and ignore) the story revolves around a ‘Maasi Zainab’ who was in hospital since many months and the narrator’s mother always used to ask him to go and visit her. Maasi had migrated from Gurdaspur to Lahore. The narrator’s sister got married to one of the brother in laws of Maasi. So he had to visit her house near Do Moriya Pul from Krishen Nagar every two months for an errand. Maasi’s little daughter Guddi was friends with the narrator when in school. Nobody in Maasi’s house dared ignore her decisions even on petty issues. One of her sons got married and brought a TV set but Maasi’s room did not see any improvement. On some Argument the narrator got infuriated and told Maasi to let the younger ones live their lives. Perhaps that hurt her and when in hospital she refused to recognize him. Only the narrator knew the reason. In this story Zubair has tried to project the values of respect that elders commanded in our previous generation. There are fifteen more short stories in this book.

Zubair Ahmad observed in one of his submissions in a local daily that the whole of modern Punjabi literature should be studied keeping in view this background. Actually, the bulk of Punjabi literature was produced after the mid-sixties, and the seventies was the most energetic and creative period. All main writers who are still on the literary scene are the product of these times or were groomed by the writers of those days.

On Zubair’s style of knitting his stories I shall quote an excerpt of a review in a local English Daily in 2014 “In his stories the forgotten past appears as a known and familiar territory, and the unforgettable present becomes a path leading to a deviously uncertain and uncertainly devious nowhere. It is there that his characters dwell. Nostalgia evokes dreams and dreams beget nostalgia. Sensitively constructed stories with artistic care reveal what we live with at both a conscious and sub-conscious level, connected to a past we think we have lost, and disconnected from a future we have yet to understand” On Zubair Ahmad, another critic Mahmud Awan says ‘The Punjabi language brings us closer to our land and our people. No other language makes us feel at home and as secure as writing in Punjabi does. Zubair Ahmad’s new book, Wichaar Lekh (Contemplative Notes) is another celebration of that love’.

English translation of books is also being published from Canada title “Grieving for Pigeons”, 12 stories of Lahore translated by Zubair Ahmad with Anne Murphy, Professor at UBC, Vancouver, Canada.

LITERARY ACTIVISM — Zubair Ahmad ran a Punjabi bookshop and publishing house ‘Kitab Trinjan’ for 12 years on volunteer basis (1997 to 2009). It re-opened in October, 2019. He is seen to be actively participating in all the activities for the promotion of Punjabi language and literature in Pakistan since 1975.