Punjabi poetry that is a blend of old and new diction

* If we look around us, we will find despondency and hopelessness among the masses for whatever reasons whether attributed to corruption, money laundering or inflation 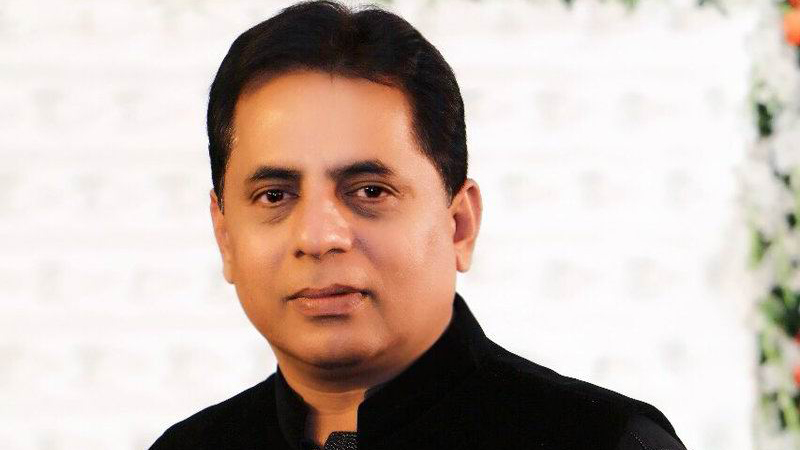 Poetry book Asaan Dil Nu Murshad Jaan Laya in Punjabi by Abrar Nadeem starts with his couplet “Warehan Da Jagrata Ki Aei, Sahnu Puch Aklaapa Ki Aei” (Ask me about lying awake for years with accompanied loneliness). From this couplet one can infer that new poetry has found its way out from within traditional poetry. Where themes changed, so did the treatment and expression. All that was affiliated with old ways of living like problems of a young man, social fibre of womenfolk in villages etc changed. Technology took over and tractors, thrashers replaced manual labour. Traditional ‘madhanis’ (churners) were replaced by fridges, choppers and shakers. Dr Nasir Rana in his article in this book contends that when society changes, so does the expression. The same happened with poetry. By the end of 21st Century, poetry changed its attire. He names a few like Maula Bukhsh Kushta, Ghulam Yaqub, Faqir Muhammad Faqir and Fazal Gujrati who brought changes in the complexion of ghazal writing.

In poetry writing, fresh breeze was blown in by Amrita Pritum, Naseer Ahmad Nasir, Sharif Kunjahi, Arif Abdul Mateen, Baqir Siddiqui and Munir Niazi. If these were the trendsetters, many followed suit like Salman Saeed, Rashid Hassan Rana, Anjum Salimi and Iqbal Qaiser. The latest to join this bandwagon is Abrar Nadeem. He says, “Aseen Nafiaan Tei Nuqsaanaan Chaun, Man Marzi Naal Nuqsaan Leya, Saade Pagal Pun Di Hudd Vekho, Aseen Dil Nu Murshid Jaan Leya” (We chose loss in preference to profit by choice as our madness led us to choose heart’s command as supreme) – Page 56. Nadeem’s poetry is a blend of old and new diction. His use of modern expression and vocabulary has beautified his mien. New life’s laughter, sorrows, problems and happiness are exposed. If the pains of losing traditions are witnessed, the goodness of setting up new traditions is also seen. A touch of of Bulleh Shah is seen in the last few lines of Nadeem’s poem ‘Ik Sawaal Apne Naal’ (a question to myself). These lines are “Main Jad Ik Din Mar Muk Jaana, Tehnion Tutt Kei Sarr Suk Jaana, Fair Ais Haun Da Maqsad Ki Aei, Dar Dar Bhaun Da Maqsad Ki Aei” (As I have to die one day and fall like a dry branch from a tree, so what is the reason of our existence and our fear?) – Page 38.

Nadeem’s style of writing poetry is such that he has managed to utter bitter realities in a sugar-coated way. This aspect alone makes his poetry way above that of his contemporaries!

If we look around us, we find despondency and hopelessness among masses for whatever reasons whether attributed to corruption, money laundering or inflation. Seeming positive in human relations, Nadeem says in the poem “Jinde Rahe Tei Fair Milaan Gei” (God Willing we shall meet) – Page 152 that “Ki Hoya Jei Saade Raste, Ho Gay Nei Ajj Vakho Vakh, Dil Vich Rakh Na Kuj Malaal, Hun Jei Nahi Tei Agle Saal, Yaan Fair Oss Tau Agle Saal” (What even if our ways have parted, do not feel disappointed. We shall meet next year or the year after).

He is hopeful for old days to come back. In his poem “Ik Din Parat Kei Aawe Ga” (good days shall return) – Page 136, he says to his friend who left him in the middle of their journey that after leaving him and spending a tiresome journey he is bound to return to him. Not losing hope he says to his beloved in rainy season ‘Saawen Meenh Diyaan Jhariyaan Areya/Na Kar Aidian Arrian Areya’ (Do not make excuses in the rainy season) – Page 142. The use of basic spoken words like “Arriyan” for excuse is amazing. His poetry therefore is meant for masses. He can go and recite it on the street corner and earn applause. But then when his beloved does not listen to him, he says “Haula Honn Nu Gi Karda Aei, Rajj Kei Ronn Nu Gi Karda Aet” (I want to cry to feel light afterwards) – Page 80.

The poem titled “Haar” (defeat) throws light on Nadeem’s thesis of life. As reiterated above that he remains on the lookout for a better future, the poem “Haar” explains how he takes defeat. He says that he fought defeat bravely as he felt that he was right. 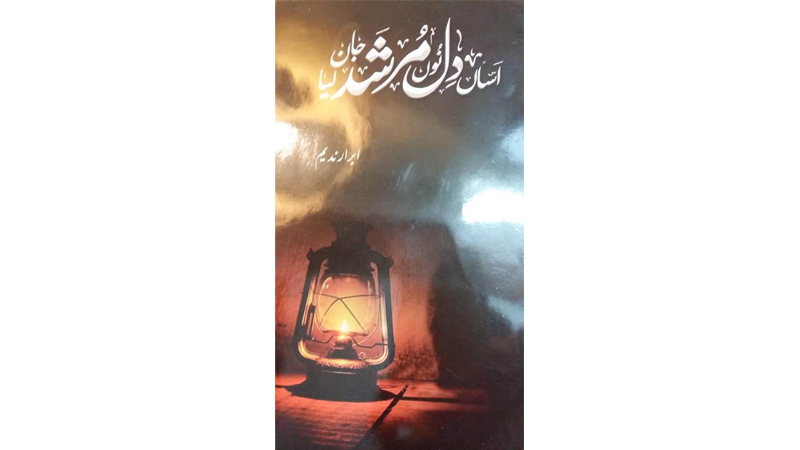 Comments on the flap of the book under review include one by the great poet Munir Niazi. He believes that Nadeem has broken the monotony. Abbas Tabish says that Nadeem has his roots embedded in the soil and his poetry has openness and spontaneity. He is famous for the couplet “Ikko Waari Faraz Tei Na Hi, Ishq Dobara Ho Sakda Aei” (It is not necessary that one falls only once in life. One can fall in love again) – Page 45. From this couplet, one can decipher that the age old tradition of folklore for falling in love once in lifetime is broken and one can go for it again; the latter going well with modern day approach. On the concept of love, he says “Main Abrar Muhabbat Karna, Aei Kehre Ehsan Di Gall Aei” (If I love someone, it is not a matter of obligation) – Page 77. Despite that, Nadeem writes on the theme of love a lot like any other contemporary poet but he has digressed towards many other themes as well. In the poem “Sohni” he disagrees with a beloved wandering in search of her love like Sohni did. He says in the concluding lines “Aaas Milan Di Seene Lei Kei, Pakian Pakian Thaanwaan Utte Kalyaan Phirna, Par Ais Gall Nu Oh Ki Jaane, Oh Tei Adhi Pagal Aei” (With desire to meet her beloved, she wanders aimlessly without realising that she was half mad) – Page 79.

Nadeem’s style of writing poetry is such that he has managed to utter bitter realities in a sweet manner. This aspect alone makes his poetry way above that of his contemporaries!

The writer can be reached at doc_amjad@hotmail.com