Pangolin identified as a potential link for Coronavirus spread

Researchers in Guangzhou, China, have suggested that pangolins-long-snouted, ant-eating mammals, often used in traditional Chinese medicine-are the probable animal source of the coronavirus outbreak that is wreaking havoc in China and elsewhere.Scientists say that the suggestion based on a genetic analysisseems plausible, but they caution that researchers’ work is yet to be published in full. “Although we need to see more details, it does make sense as there is now some other data emerging that pangolins carry viruses that are closely related to 2019-nCoV,” says Edward Holmes, an evolutionary virologist at the University of Sydney, Australia. 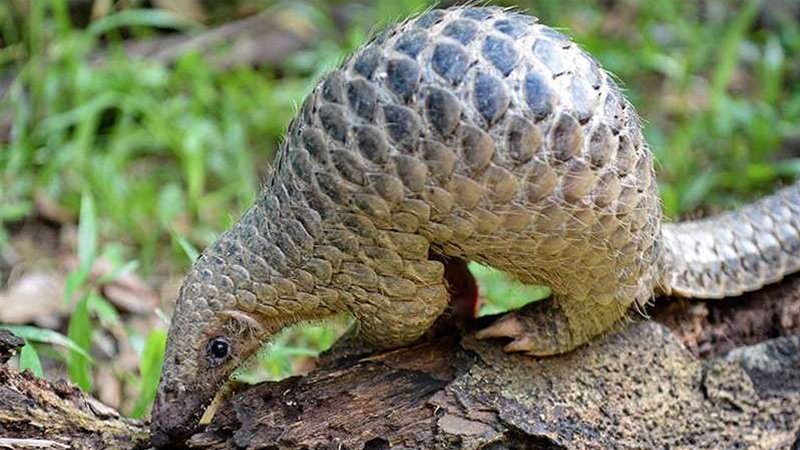 Researchers have long suspected that the virus, which has now killed more than 1,600 people and infected more than 68,000, was passed from an animal to a human at a market in the central Chinese city of Wuhan late last year.

Researchers at the South China Agricultural University have identified the scaly mammal as a potential intermediate host, the university said in a statement, without providing further details.

The new virus is believed to have originated in bats, but researchers have suggested there could have been an intermediate host in the transmission to humans.After testing more than 1,000 samples from wild animals, scientists from the university found the genome sequences of viruses found on pangolins to be 99 percent identical to those on coronavirus patients, the officialXinhuanews agency reported.

The pangolin is considered themost trafficked animal on the planet; more than one million have been snatched from Asian and African forests in the past decade, according to the International Union for Conservation of Nature. They are destined for markets in China and Vietnam, where their scales are used in traditional medicine, despite having no medical benefits. Their meat is sold in black markets.

“Simply reporting the similarity between the genome sequences of viruses is not sufficient,” said James Wood, a veterinary medicine professor at the University of Cambridge. Wood said that the results could have been caused by contamination from a highly infected environment. “We would need to see all of the genetic data to get a feel for how related the human and pangolin viruses are,” Jonathan Bell, a professor of molecular virology at the University of Nottingham said.

In January, China ordered a temporary ban on trade of wild animals until the epidemic was under control. The country has long been accused by conservationists of tolerating a shadowy trade in endangered animals for food or as ingredients in traditional medicines. If we want to do everything in our power to prevent deadly disease outbreaks such as coronavirus, then a permanent ban on wildlife trade in China and around the world is the only solution.

The price list that is circulated on China’s internet for business in Wuhan markets showed a menagerie of animals or animal-based products, including live foxes, crocodiles, wolf puppies, giant salamanders, snakes, rats, peacocks, porcupines, camel meat and other game, 112 items in all.

The Severe Acute Respiratory Syndrome (SARS), a virus that killed hundreds of people in China and Hong Kong in 2002-2003, has also been traced to wild animals, with scientists saying that it is likely to have originated in bats, later reaching humans via civets. “Working to end the trade of wildlife can help to resolve some of the longer-term risks associated with animal reservoirs of zoonoses,” Wood said, referring to infectious diseases that can be passed between animals and humans.

South China Agricultural University in Guangzhou says that two of its researchers, Shen Yongyi and Xiao Lihua have identified the pangolin as the potential source of nCoV-2019 on the basis of a genetic comparison of coronaviruses taken from animals and from humans infected in the outbreak and other findings. The sequences are 99 percent similar, the researchers reported at a press conference on February 7. Shen and Xiao did not immediately respond to media’s requests for comment, but Liu Yahong, president of the South China Agricultural University, said in the press conference that the results would be published soon to help efforts to control the coronavirus.

Last month, scientists in Beijing claimed that snakes were the source of nCoV-2019 but that theory was dismissed by other researchers.

Pangolins are killed because of their scales, which are used in traditional Chinese medicines. That is why pangolins are smuggled even from the Sindh province for sale to China; Javed Ahmed Mahar, the conservator at the Sindh Wildlife Department, revealed. Scales are made out of keratin, the same substance as that of human fingernails. Mahar said that some were so strong that they are used to make crude bulletproof jackets as well.In October 2018, the Sindh Wildlife Department teams raided an area of Karachi and seized 16 bags filled with pangolin scales.

One person close to the trade said that pangolin scales fetched $3,000 per 20 kg in the Chinese market, more than the annual average income. This makes it hard to enforce laws designed to stop the illegal trade. About 80 percent of the scales captured during the raids never reached the department, disappearing en route, and the rest were stolen from the custody of the department along with other evidence, Mahar said.

WHO on Tuesday announced that “COVID-19” will be the official name of the deadly virus from China, saying the disease represents a very grave threat for the world but there was a realistic chance of stopping it. “We now have a name for the disease and its COVID-19,” WHO chief Tedros Adhanom Ghebreyesus told reporters in Geneva. Ghebreyesussaid that “co” stands for “corona”, “vi” for “virus” and “d” for “disease”, while “19” was for the year, as the outbreak was first identified on December 31. The WHOchief has stated that the name had been chosen to avoid references to a specific geographical location, animal species or group of people in line with international recommendations for naming aimed at preventing stigmatisation.