Josh — a jewel buried under dust

* Born in 1898, as Shabir Hassan Khan, in Malihabad, India, in the family of Nawabs and aristocrats, he studied Arabic, Persian, Urdu and English, initially at home 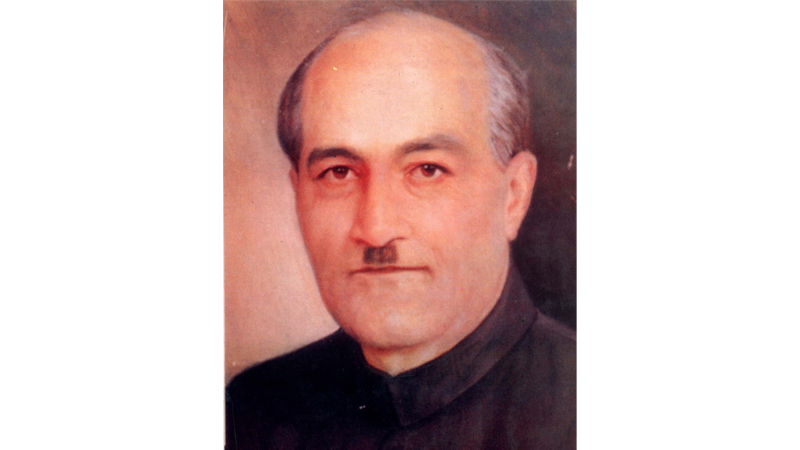 In the graveyard of Sector H8 Islamabad, just entering the gate, one of the greatest poets of the Urdu language lies buried, who ruled the literary circles of Indo-Pakistan for decades, but hardly anybody visiting this grave yard notices that one of the geniuses of literature lies buried over here, especially our new generation has no idea about the literarily work done by this giant of Urdu language and his contribution in the field of literature.

Because of his out spoken nature and his firm believe in equality, respect of humanity, love for all and principle to speak the truth nothing but the truth Josh never could get the official patronage and was almost black listed not only from the text books but also from the government sponsored function and so called literality conferences and functions.

Born in 1898, as Shabir Hassan Khan, in Malihabad, India, in the family of Nawabs and aristocrats, he studied, Arabic, Persian, Urdu and English, initially at home and as per the traditions of that era, did his Senior Cambridge in 1914. His revolutionary thoughts and ideas expressed in his poetry earned him the title of “Shaeer-e-Inqlab (Revolutionary Poet) with especial reference to his poem “Hussain Aur Inqlab (Hussain and Revolution), which confirmed his revolutionary thoughts and concepts. While working in Osmania University in the state of Hyderabad, he wrote a long nazam (poem) against the Nizam (ruler) of Hyderabad which resulted in exile of Josh from Hyderabad. As he was a bold outspoken, fearless, courageous and audacious, he never hesitated in expressing his liberal ideas and challenged the establishments fearlessly.

Josh migrated to Pakistan in 1956, as he believed that there was no future of Urdu in Hindu majority India, his love of the Urdu language compelled him to settle down in a country where there was a bright future of the language in which he had a complete command and which was very close to his heart and soul. Being a very close friend of Jawal Lal Nehro the than Prime Minister of India and who carried lot of respect for josh and was an ardent and passionate fan of Josh, but he decided to move to Pakistan despite Nehro’s opposition to that.

Every year on 22, February passes away quietly, the date when this giant of literature breathed his last In Islamabad, and hardly any memorial functions takes place in the memory of one of the greatest poets of not only the Urdu language but any language of the world.

Josh migrated to Pakistan in 1956, as he believed that there was no future of Urdu in Hindu majority India. His love of the Urdu language compelled him to settle down in a country where there was a bright future of the language in which he had a complete command and which was very close to his heart and soul

Josh by nature had a rebellious nature and was against the capitalist system and preached throughout his life against the unequal distribution of wealth condemning the capitalists at every forum and in his writings forcefully. To quote from his autobiography ” Yaqeen fermayee, jab tak admi Hujaj Halaqo, Changeez, Nadir, Nero, Ibn e Zyad aur Yazeed kay hath per bait nahin ker layta, sermaya dar, aur sanat kar ban hi nahin sakta” (One cannot become wealthy and industrialist , till he swear allegiance to Hujaj, Halako, Chagazes, Nadir, Nero, Abn e Zyad, and Yazeed) what a way to define the psychic thinking of wealthy people, only Josh had the approach and words to express in such a way. The selection of words by Josh was such that they can only be appreciated while reading his Urdu prose or poetry, they simply can’t be translated in English or any other language, as he had a treasure of Urdu words. He had a tender and compassionate heart and was conscious and aware of the miseries and woes of the poor segment of the society, being conversant and mindful of the downtrodden of the country and the unconcerned and indifferent attitude of the wealthy and rich section of the society he wrote in his autobiography, quote “Jab Un Kay Dasterkhuan per Murg O Mahi Ki Qabain Chuney Jati Hain To Wo Is Tasawar Ki Chatni Chat Chat Ker Apnay Khano Ki Lazat Aur Bhra Latay Hain Kay Is Waqat Lakhoon Admi Sukhay Tukray Kha Rahay Hoon Gay” unquote ( When on their dining tables ,plates full of fatty and rich food is served, they make it more tasty while licking the pickle of imaginations that exactly at this time countless human being are simply eating just plain, tasteless and dry bread)

In Pakistan Josh was not accorded the status he deserved, and had to live hand to mouth. When Z A Bhutto came to power, he being himself well read and admirer of literature and poetry arranged an accommodation for Josh in Islamabad, where he breathed his last on February 22,1982. Renowned poets like Faiz Ahmed Faiz had the highest order of respect for Josh Sahib, including many other towering personalities from the circle of literature like, Rais Amrohi, Mustafa Zaidi, Faraq Gorakhpuri, Ali Saedar, Sheba Lakhnavi, it’s a never ending list.

A couple of years back when the author was interviewing candidates for quite a low paid job, I got interested in one particular candidate having a fine taste and knowledge of literature and a keen interest in Urdu poetry, upon digging into his family back ground the candidate turned out to be the maternal grandson (Nawasa), of Josh. That was the most painful, hurting and aching interviews of my life I had ever conducted, and could have never imagined that the grandson of such a genius such a towering personality in the field of art and literature would come to my office seeking for a job, I felt ashamed of myself and of my country’s literary figures and countless literary societies that they had failed to recognized the talent and the status of Josh miserably, and the future generations would never forgive them, when the name of Josh would be shinning along with the great poets of the world, the example of Josh is similar to that of Mirza Ghalib, as he was not given a due status during his life time, whereas now Ghalib is now the most acclaimed and renowned poet of Urdu, in the same way , Josh will get a position as equal to Ghalib and Mir. 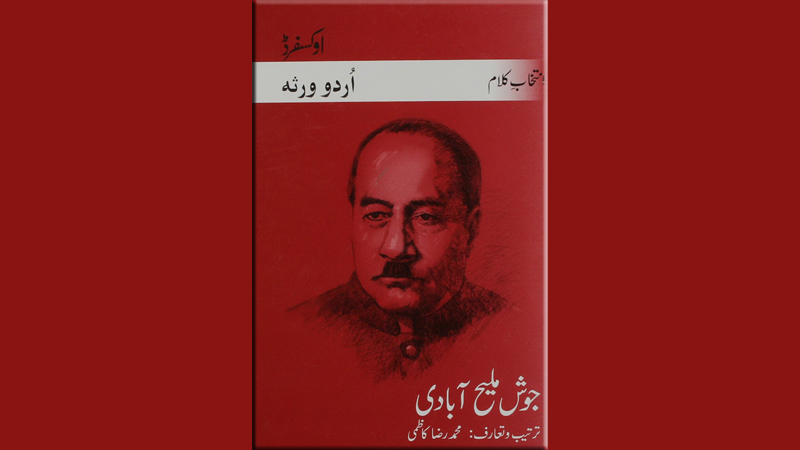 Josh was full of life and believed life as the most precious gift of the nature, his philosophy that “Gala e Afaq Main Champa Kalli Hai Zindagi” (life is like a bud of jasmine in the neck of life) is the best definition of life to be found anywhere in any language, which speaks of volumes of the largesse and benevolences of life, which Josh believed is to be enjoyed and relished, every moment of it.

Josh’s autobiography “Yadoon Ki Barat” which was criticized by many just to malign him is one of the finest piece of literature and takes its readers to arena when art and literature had a great value in this part of the world, but it’s unfortunate that one hardly finds this unique autobiography on book stalls.

Josh was not only a great poet and prose writer but he was an admirer of all forms of art, his famous comments in a television stage show of Zia Mohiuudin on a dance performance quote “Ye Aiza Ki Sairi Hai” (this is the poetry of limbs) unquote is a reflection of his talent and quickness in handling words on the one hand while on the other hand his love, fondness and attachment with other forms of art.

It’s unfortunate that the death anniversary of this giant of Urdu passes away quietly with hardly any mention of this great poet in the electronic and print media.

Now is the time that we come out of our linguistic and cultural boundaries and instead of confining our treasures of art and literature to a certain group, class or area spread it to every nook and corner of the country, and place our literarily personalities like Josh and many more who are slowly fading way at a place which they deserve. As great Ghalib was highly misunderstood during his life time and was not recognized as the greatest poet of his times, same is the case with Josh, so why not get a lesson from this and provide the due status to Josh in the Urdu literature which he deserves, or otherwise the future generations will blame us for neglecting this greatest poet of all times. This year the 8th edition of Lahore Literary Festival (LL2020) is almost commencing on the date when Josh Malihabadi left this world leaving such a vacuum in the corridors of literature which would never be filled, its hoped that the organizers of LLF 2020 would dedicate few sessions on the literary work of Josh. In LLF every year young boys and girls participate in large number, with great interest, this is the best forum to revive the memory of that great Urdu poet, to pay homage to his work and poetry and to let know the present generation that in the treasure of Urdu language one of the most precious diamond is hidden. This is the time when dust settling on the name of this jewel of Urdu to be removed.