The teaching profession has somewhat gained a cinch status over the past few years, which was once considered as the most admired, grim and elusive, especially for women. The teachers, with the touch of derision, are usually probed about the reason for choosing this profession. Where the jillion schools operating has bestowed the country with the flourishing education, it, on the other hand, has made teaching a very quotidian profession, which now isn’t discerned as the first choice of modern graduates. 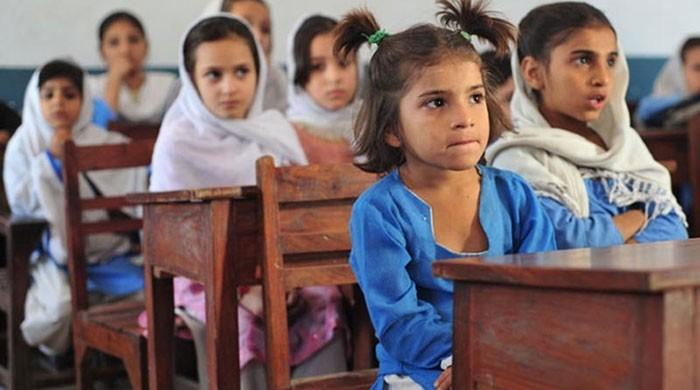 Many reasons can be attributed to this decline of teaching as a career. Low salary, fewer benefits and soupcon of an acknowledgment as compared to the prodigious amount of workload, have not only abated the importance of teaching but have also ignited the popularity of other career options as well. The burgeoning demand for corporate sector jobs, with their attractive salary packages and shiny perks, has resulted in the reduction of applicants for teaching jobs, stamping it as nugatory. Making the ends meet, which is the cardinal motive of someone going an extra mile for a job, has become very strenuous for the meal ticket of the family with the exacerbated economic drifts in the society today.

Drowned already into the torrent of tasks; checking, planning, paper setting, marking and organizing events, etc., with different set deadlines, teachers find the attainment of the immaculately performed tasks, insurmountable. Oodles of work accompanied by the dearth of economic and social acknowledgment has got the profession into the vortex of troubles, thus resulting in a lack of diligent candidates.

More than 65 pc of teachers, with the average number of 60-70 in a school, claim that they have landed in this job “accidentally”.

With no professional degree or training, teachers assert that they, while serving as a teacher, would plump for another opportunity as soon as it would knock on their doors. By the accretion of reasons like sharing the hefty burden of their husbands and the intention of “killing time”, women take teaching as a “handy” profession, which is opted by them as a mere temporary gig. However, the pauperized state of affairs in the education department of the country stipulates for more industrious candidates than ever needed.

According to UNESCO Institute for Statistics (UIS), in order to achieve universal primary and secondary education by 2030, as traced out in Sustainable Development Goals, there’s an exigency of recruiting 69 million teachers. These numbers, on one hand, can be the eye-opener for those literally schlepping this profession and at the same time determine the sincerity required to uplift the phenomenon.

Teaching, with certain “must-haves” (educated, up-to-date, techno-savvy, should work in stressed conditions, organized, cordial, active, well-spoken, etc.), does not only involve tutoring a room full of students but also to live up to those roles associated with it. A teacher-student bond goes way beyond the classroom, engraving the teacher’s impact on student’s life for the years to come. Bringing light to their concealed abilities, one sincere teacher can succour the students, transform them and bolster their confidence.

In a country like Pakistan, where education is one of the topmost priorities, the aberrant situation of teaching being not the first career choice today may result in children’s future in perils. No doubt, we have some experienced and eminent teachers available in the country today, further reforms are required to ameliorate the standards. An increase in the salary, along with the benefits and the enhancement of prestige associated with teaching, are a few of the first steps of the ladder that can contribute to the buttressing of the strength of this profession. Along with that, there is an instantaneous need for expunging the non-teaching duties that render adverse effects on the performance of the teachers. As much as the support of the government plays a paramount role in the achievement of these steps, private organizations like British Council, Cambridge, and OUP can train teachers in their apropos sections, keeping them updated about every approved reform in teaching methods, thus bringing the “periphery” status of teaching to the “core”.

Teaching is a modernized concept today, not concocted for the cack-handed of the society, who try to hide behind the mask of rejection by other offices. Teachers, being the first learning house for students, require appropriate training to excel in this field, thus breaking the society’s paradigm about the “teacher”. It’s about time to give this profession its deserved acknowledgment, which has been subjected to the harsh blows of an unfair quandary.

A teacher by heart and writer by soul, I am trying to channel my perspective through my writing. A bibliomaniac who sometimes tries to lift her eyes off her books.