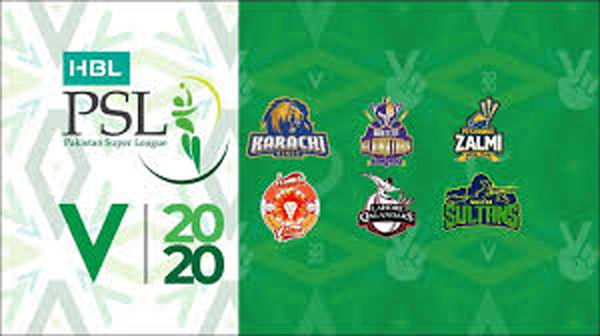 The teams that had their players become unavailable because of unscheduled unavailability were given first picks followed by teams that had known unavailability at the time of PSL V Player Draft. Karachi Kings’ Liam Plunkett (Gold, Supplementary) has been ruled out of PSL V due to an injury and he will be replaced by New Zealand fast-bowler Mitch McClenaghan (Gold) for the full duration of the tournament. The left-arm Kiwi pacer has previously featured for Lahore Qalandars. Their other replacement was also for the complete edition with Chadwick Walton (Silver), who returns to the PSL after turning out for Islamabad United in the 2018 and 2019 editions, coming in place of Dan Lawrence (Silver), a 22-year-old Essex batsman, who will be busy with England Lions. Peshawar Zalmi brought in England pacer Lewis Gregory (Silver) for South African Dwaine Pretorius (Silver) who will be on national duty.

Hard-hitting all-rounder Kieron Pollard (Platinum) will join the Zalmi side after West Indies’ series against Sri Lanka on March 7. Till then, his spot will be covered by Carlos Brathwaite (Diamond), who played for Lahore Qalandars in last year’s edition. For the same reason, Pollard’s international teammate Fabian Allen (Silver) will join Multan Sultans in the middle of the tournament. Allen will be covered by Derbyshire all-rounder Wayne Madsen (Silver). Lahore Qalandars will have Dane Vilas (Gold), a 34-year-old wicketkeeper-batsman who has played six Tests and an ODI for South Africa, replace Lendl Simmons for the full competition. Simmons will not feature in the competition due to personal reasons.

Two-time champions Islamabad United replaced Rassie van der Dussen (Gold, Supplementary), who has to be on South Africa duty, with Dawid Malan (Silver). The left-handed England batsman had been with Peshawar Zalmi since the inaugural edition and has 377 runs at a strike rate of 112 in 16 PSL matches. Quetta Gladiators have drafted Zahid Mehmood (Silver), the Southern Punjab leg-spinner, till March 7 as a partial replacement for Keemo Paul (Silver, supplementary) who will be busy with international commitments.