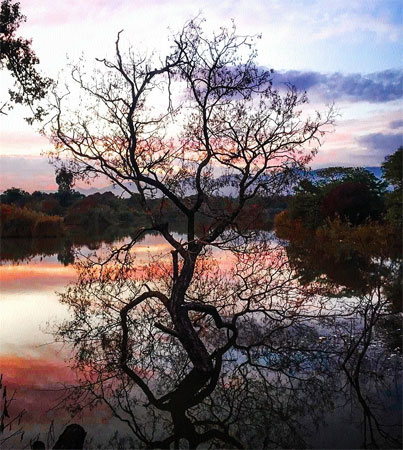 Bal Nigwar is known as the sub-tehsil of Dasht, district Kech, that is located on the western side of Turbat city in a way of 90 kilometres. This is the area where more than 30,000 people are residing and passing their lives. But unfortunately, Bal Nigwar is having no proper facilities like quality education, travelable roads, treatable hospitals and many other facilities.

Roads play an illustrious role in every aspect of life and everywhere, either in a beautiful city or a backward village because due to roads today, the villagers and citizens are getting their meals or other necessities.

Bal Nigwar’s roads are known as roads but are not travelable because they are as much broken and inoperable that you ought to imagine. The roads of the area have been broken since 2008 due to a flood which swallowed the road of Bal Nigwar that lead to other areas and still they are not reconstructed and a single step for its restoration has not been taken yet.

Owing to essential works the public throng towards the city of Turbat where they make their Local Certificates, CNICs or other things but while traveling they suffer a lot due to bad state of roads and become frustrated.

Apart from it, transportation is one the major problem which has not been discussed yet, so the drivers who take passengers daily from Bal Nigwar to Turbat for the sake of earning money usually suffer a lot and the passengers are victim of depressions. The drivers usually load their vehicles with heavy materials like sugar, flour, vegetables, fruits and etcetera in Turbat but after returning to their area they face numerous problems at the way due to broken roads.

Whenever, a passenger decides to visit Turbat, firstly he/she thinks over and over and when he/she sits to the car then who is victim of depressions and frustrations till the reaching point.

There were some agreements by MPA Lala Rasheed to construct the road but still none action has been taken. There is a dire need to reconstruct and repair the road of Bal Nigwar to Turbat for the sake of residents of Bal Nigwar. As well as the Balochistan’s government is kindly requested to take actions for the reconstruction.

The writer is based in Bal Nigwar and can be reached at zaheerds04@gmail.com