Is Wuhan starting a global pandemic?

The world was already concerned about any potential pandemic devastating global population and economies. It was just a century ago that the influenza pandemic infected one third of the global population and killed 50-100 million people out of the 1.5 billion total population.The spread of pandemic influenza of 1918 was amazing because except for a few big cities most people were still living in isolated rural communities and were not travelling far from their place of birth. However, the World War I provided the excellent opportunity of mixing different nationalities in the trenches of Europe. 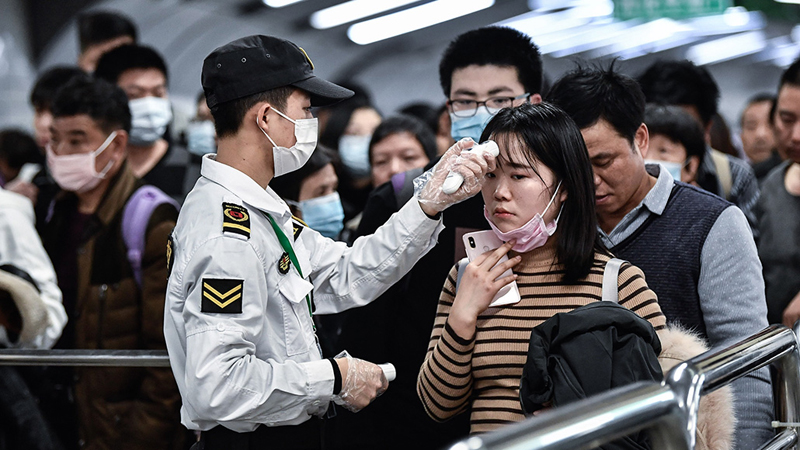 Ground realities have changed drastically, and with population of seven billion, humans are moving very fast and to faraway places. On any given day, there are more than 30,000 commercial flights dotting all the corners of the world. Many more people are living now in big cities.Many are living in slums inawful conditions that are extremely suitable for start of outbreaks. Cities have expanded so much that when one city ends the other city starts right there with no rural areas in between.

Humans are getting into close proximity to animals, and viruses are jumping from one species to another easily. In 2003, that is how the Severe Acute Respiratory Syndrome (SARS) started and spread to 26 countries, infecting 8,000 and killing 800. It also devastated regional economies; Hong Kong alone lost more than two percent of its GDP. The global costs due to SARS outbreak has been estimated around 50-100 billion.

The new virus that originated in a Wuhan seafood market is very similar to the SARS virus. It is now one of the three coronaviruses that have jumped from animals to humans and cause serious diseases. The third one is MERS-CoV, which primarily affect the Arabian Peninsula and may be related to exposure to camels. The similarities of the new Wuhan virus to SARS virus are disturbing. We still don’t know much about it as it was only on December 30 that the government of China issued an alert of a pneumonia thatis not linked to any known virus.

In the last four weeks, the world is trying to learn quickly about this virus while strengthening and reinforcing its defence strategies. In the initial phase of the outbreak, the virus was doubling the number of cases in six to seven days. Now more than 17,000 cases have been reported, causing 400 deaths. The Chinese government is trying to control the fast spread of this virus by first quarantining the Wuhan city; now this restriction has been expanded to multiple cities. That means more than 50 million people can’t leave their cities and all transport has been shut down. Putting that big a number of people and cities in quarantine shows the seriousness of the situation, which the Chinese government is trying to control with very drastic measures.

How do we protect ourselves? Like all respiratory related diseases or outbreaks, we need to follow common public health principles

Pakistan’s Ministry of National Health Services, Regulation and Coordination has already stepped up screening of incoming passengers from China and alerted hospitals and provincial governments about the possibility of any infected patient. A high-level expert committee is monitoring this situation on a daily basis. Other countries are doing the same. Anyone with cough or fever with travel history of China in the last two weeks should seek medical advice and inform the caregiver about their travel history.Until now all cases outside China have a travel history to China except for a very few.

Public health professionals are watching very carefully if this virus starts rapid local transmission outside China as it will be a new and dangerous phase. According to a recent report, seven cases in which the patients died did not have fever, thus complicating the screening efforts that use a thermal scanner to identify suspected cases.

How do we protect ourselves? Like all respiratory related diseases or outbreaks, we need to follow common public health principles. Cover your mouth or nose when coughing and sneezing; wash your hands with soap for 20 seconds frequently, and if sick, stay at home. There is no medicine so far for this virus; some pharmaceutical companies will now be testing some other experimental treatments to see if something will work.

Will Wuhan may become an epicentre of the next major pandemic?As there is much that is unknown at this moment, more information about cases and deaths will help us understand more about its dynamics. Though the information about the outbreak is still not complete, it has spread to 26 countries in a few weeks. Once we have more information available about mild the cases, we could know how deadly it is. There are many viruses that infect a large number of people but kill only a few. However, this has also reminded us that we on this planet earth are faced against many newly emerging diseases and viruses. These microbes don’t respect national borders and are continuously evolving. We need to work together to survive. In the end, it is just our fight of survival as a species.

The writer is an Adjunct Professor of Epidemiology at the University of Nebraska, US