‘Brisk preparations underway to accord heroic welcome to PM in Muzaffarabad, Mirpur’ 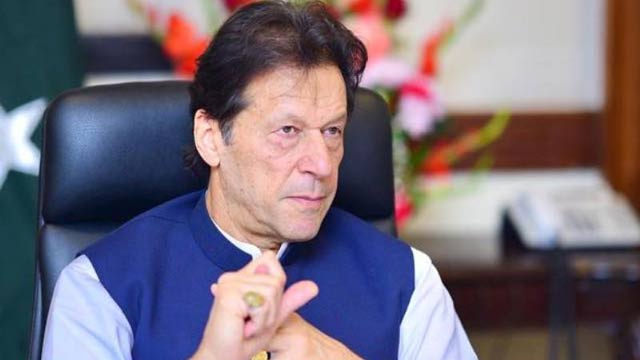 Brisk preparations were underway to accord a heroic welcome to Prime Minister Imran Khan on his scheduled visit to Muzaffarabad and Mirpur on Kashmir Solidarity Day, PTI AJ&K President Barrister Sultan Mahmud said on Monday.

He said that a large number of banners carrying pictures of PM Imran Khan have been placed across the city ahead of his visit, whereas emotionally charged PTI workers and supporters were actively engaged in giving final touches to extend a rousing welcome to PM Imran Khan in both cities – Muzaffarabad and Mirpur.

Prime Minister Imran Khan is visiting the region in a show of solidarity with the people of Indian occupied Jammu and Kashmir. It is worth mentioning here that this is the PM’s 3rd visit to the region since India unilaterally changed the special status of the occupied Jammu and Kashmir on 5 August last year. PM Khan had strongly reacted to the controversial move and made it clear that the “curfew, crackdown and impending genocide of Kashmiris in Indian occupied Kashmir are unfolding exactly according to the RSS ideology influenced by Nazi ideology”.

Barrister Sultan said that he was hopeful that the night of injustice and cruelty would be over soon and the day was not far when Kashmiri would realize their cherished dream of freedom. Lauding the Kashmiris’ matchless sacrifices he said that the people of Pakistan and Azad Kashmir stand firmly with the people of occupied Kashmir. He thanked Prime Minister Imran Khan for persistently supporting the cause of Kashmir and consulting Kashmiri leadership on the regular bases.

“Besides launching a massive diplomatic offence against India at international level, the prime minister of Pakistan has spoken extensively on the issue seeking an immediate end to rights violations committed by the Indian troops in the restive region”, PTI AJK Information Secretary Ershad Mahmud said adding that the PM is yet again visiting the region to express solidarity with the besieged people of Kashmir. Appreciating the efforts being made to internationalize the Kashmir dispute Barrister Sultan said, “Owing to the focused efforts by the prime minister the whole international community and world leaders are now raising their voices in favour of Kashmiri people”. He said that the leadership of Pakistan was playing an effective role in highlighting the Kashmir issue globally and furthering resolution of Kashmir dispute as per the Kashmiris’ aspiration.